A-SAFE has been presented the Queen’s Award for International Trade for the second time. The company welcomed the Lord-Lieutenant of West Yorkshire to its manufacturing headquarters to unveil the commemorative plaque and Queen’s Award crystal bowl in recognition of A-SAFE’s outstanding achievement. 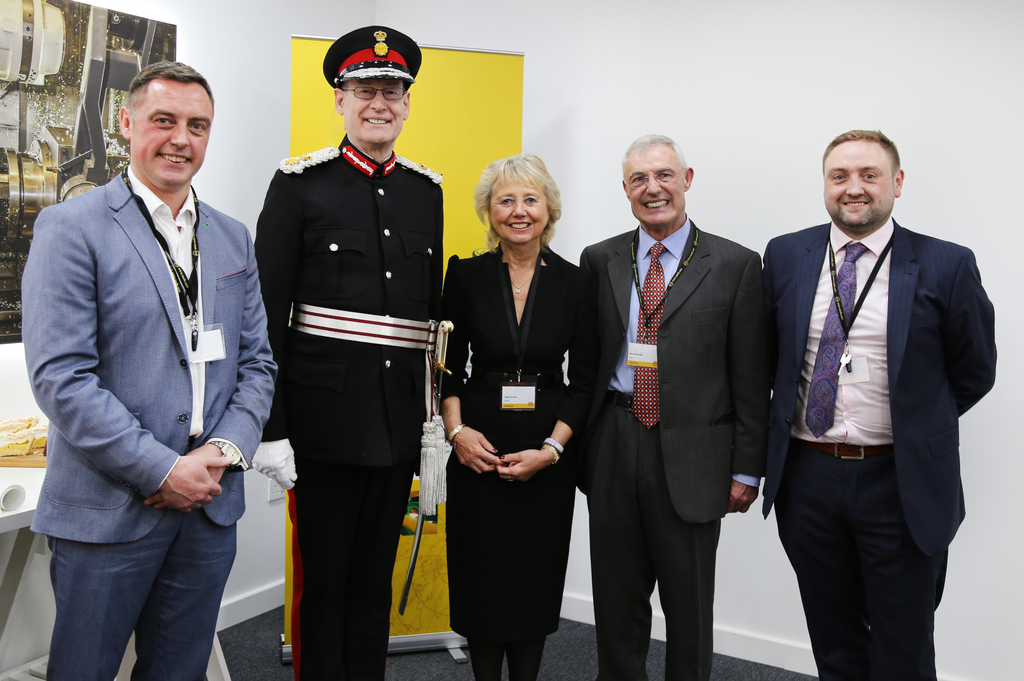 As part of the unveiling, A-SAFE offered some of their most valued customers an exclusive look behind the scenes of their world-class manufacturing facility. After welcoming guests, the day commenced with a personal tour of the company’s custom-built machinery.

Guests were then led to A-SAFE’s brand-new ingenuity room for a presentation by Steve Grange, HSE Manager at Communisis, a global Communications company who have used A-SAFE barriers for numerous years around various sites.

Guests witnessed live ramp and pendulum impact testing on purpose-built apparatus inside and outside the facility. A keynote speech followed from Logistics and Operations Entrepreneur and CEO, Josh Valman, who manages the ‘Go to Market’ for big brands including Unilever and Vodafone, covering areas from R&D, Logistics, Operations and Safety.

A-SAFE’s Directors greeted the Lord-Lieutenant, who received formal introductions and a welcome drink in the company’s Boardroom, before receiving a Directors’ tour around the facility.

The day concluded with the Lord-Lieutenant presenting the engraved Queen’s Award crystal bowl and an unveiling of the commemorative plaque.

The Lord Lieutenant said: “I’m absolutely delighted to be at A-SAFE today. The Queen’s Award is an internationally recognised kitemark, and it is the highest official award that any UK company can receive. It is not made to an individual, it is made to a company, so everyone associated with A-SAFE should take enormous pride in the recognition that goes with this award”.

James Smith, A-SAFE’s Co-owner and Director said: “It is an honour to receive the Queen’s Award for the second time. For our efforts to be recognised again with royal approval inspires us to keep raising safety standards. The customer day was fantastic. We’re proud of our manufacturing facility and it was great to show customers the hard work our people put in behind the scenes”.