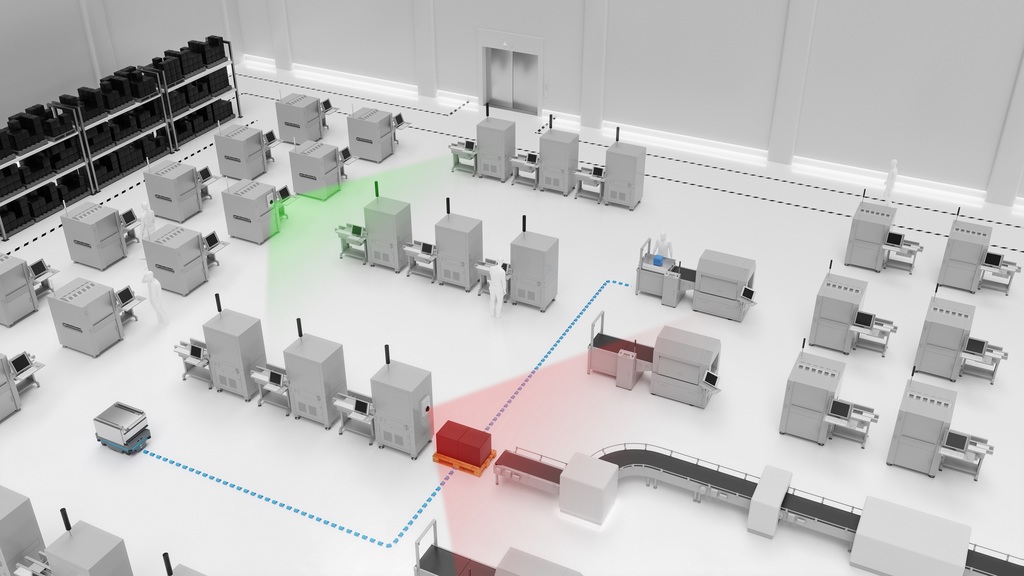 This development boosts the efficiency of the MiR 1000 range of autonomous mobile industrial robots, ultimately saving time and cost.

The system combines AI capabilities, now incorporated into the robot’s control software, with MiR AI static cameras that are strategically placed throughout the customer’s facility. This concept works in tandem with the robot’s established laser scanners, 3D cameras and proximity sensors to enable better route-planning and driving behaviour.

Specifically, the enhancement allows the robots to detect and recognise different moving obstacles and react accordingly. For example, the robots will continue driving as usual if they detect a person but will park if they detect a forklift truck, allowing it to drive by.

MiR users simply download CAD files of the facility to the robot or use its laser scanner to plot a map. This allows the robot to autonomously navigate to its destination via the most efficient path. The new AI navigation system builds on this capability by enabling the robot to predict blockages or areas of high traffic and re-route instead of encountering the problem and then re-routing.

The AI-camera works in conjunction with the MiR fleet software and is compatible with all MiR models from RARUK Automation and can be integrated into existing fleets or single-robot installations that are running MiR fleets.