THE WAREHOUSE labelling and integrated safety solutions supplier has weathered some tough times, including the credit crunch and recession of 2008 and all too recently, the Covid-19 pandemic. 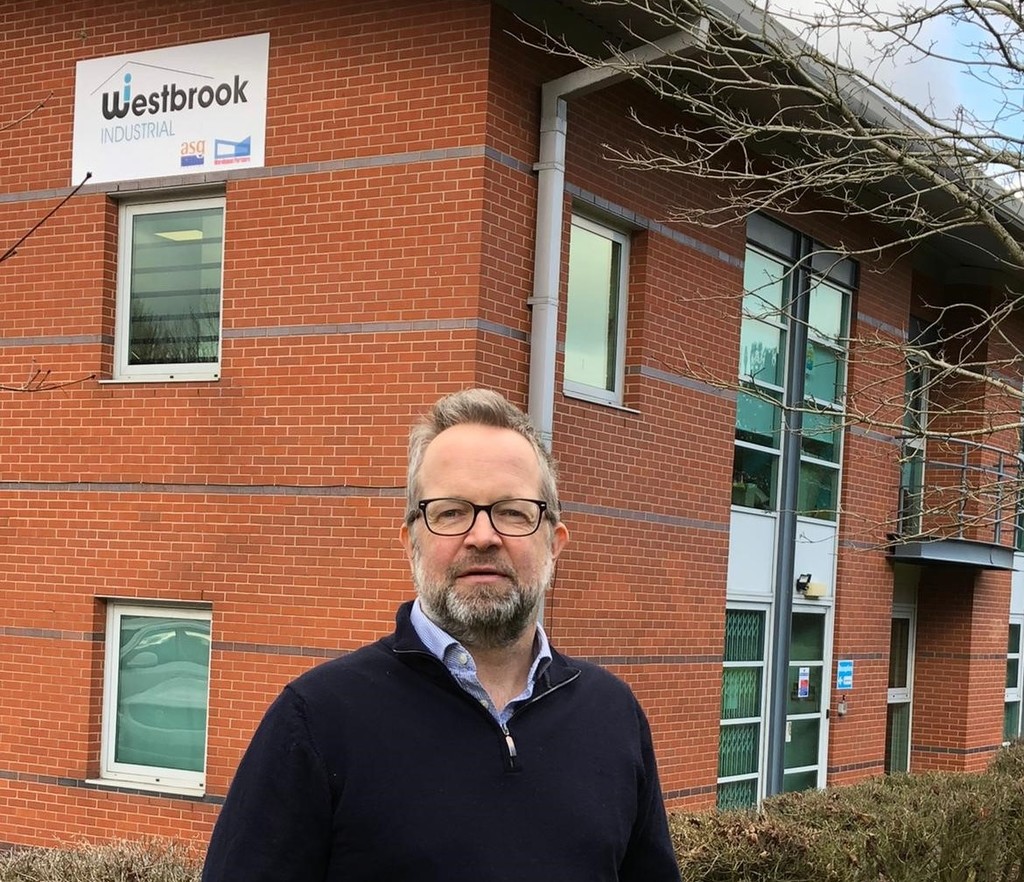 Yet each time the company has been challenged, it has continued to listen to its customers.

Tony Gresty (pictured), managing director of ASG Services’ parent, Westbrook Industrial said: “During the past 25 years we have striven to consistently help our customers achieve their goals and the fact that we all still thriving a quarter of a century later is testament to the hard work and dedication of everyone at ASG Services.”

ASG Services was founded as a supplier and installer of racking and shelving location labels and quickly established manufacturing facilities at its then base in Manchester to meet growing demand for its products. Building on a reputation gained by supplying logistics businesses such as XPO, Wincanton, DHL and Co-op, the business developed and grew to the point where it now supplies a range of different labelling and integrated safety solutions across the UK and Europe.

The company established its own safety solutions division, providing personnel protection and netting systems for warehousing, in 2008. That year also saw the arrival at the business of Chris Hopkirk, the current sales director of Westbrook Industrial.

Other key highlights include: the company being chosen by the London Organising Committee of the Olympic and Paralympic Games (LOCOG) as a preferred supplier for the 2012 London Olympic and Paralympic Games; the introduction of Satech Machine Guarding in 2013; and the HUT Group awarding a huge contract, worth c.£1.2m, to help equip its new flagship distribution centre at Omega, Warrington in 2015.

1996: The business is founded as ASG Services Ltd.

2000: Sharon Hughes starts with the company and goes on to be their longest serving member of staff, with the notable exception of MD Tony Gresty.

2011: Warehouse Partners, the trade division of the company, is created.

2012: The company is renamed Westbrook Industrial Limited and retains the brands of ASG Services and Warehouse Partners for end user and reseller businesses respectively.

2013: This year also saw the introduction of Machine Guarding, rounding off the range of safety products. The company also secures ‘Safe Contractors’ accreditation.

2014: The SilverBack labelling solution is first introduced to the market.

2015: The HUT Group awards the company a £1.2m contract - one of its largest ever - to help equip its new flagship distribution centre at Omega, Warrington. The Hut Group is a British e-commerce company headquartered at Manchester Airport. It operates over 100 international websites selling Fast-moving consumer goods (FMCG) direct to the consumer through its proprietary e-commerce platform. The company has continued to supply the group, with the contract now worth c.£1.5m.

Rounding off a successful year, the company is also named as one of the finalists in the British Excellence in Sales Management Awards (BESMA). The company is eventually named as runner up in the Sales team of the Year category. The awards are organised by the Institute of Sales Management and recognise the valuable contribution the sales profession makes to the UK economy.

2016: The company secures a major contract, worth £224,000, to supply the now defunct, discount retailer Poundworld. After strong growth, Poundworld was moving to a purpose-built 524,000 sq. ft national distribution centre (NDC) in Normanton, West Yorkshire. Following its construction, the multi-million-pound facility required a range of equipment to bring it to an operational level, several aspects of which were to be bespoke to this facility. The equipment and services required for the project included: racking location labels; internal shot-blast line marking; external line marking; external galvanised security cages; internal mesh cages; internal and external pedestrian and vehicle barriers; and supervisor workstation plinths. With the client being a low-margin discount retailer there was a challenge to ensure the work was delivered within budget. This was achieved to the great satisfaction of the retailer.

2017: With demand growing for the ‘Back of Rack’ Safety netting system, the company carried out a physical testing project to assimilate and gather data on what would happen in the event of a ‘push through’ pallet racking accident. Following the system testing, the company committed to manufacturing its own netting. A decision which prompted a move to new premises, two and half times larger than its former base.

With the positive testing results, Westbrook Industrial Ltd gains a worldwide patent licence from Gripple for use of Gripple technology in the vertical market of pallet racking safety systems.

2020: Warehouse Partners expands its range of products to become a supplier of the new lightweight picking solution, Pallite Pix. The company also completes a challenging labelling project for picture frame supplier, Larson-Juhl, which is completed despite Covid-19 restrictions.