Three young apprentices from across the UK have been recognised for their outstanding achievements as they received the top accolade for their year at the Linde Material Handling annual Apprenticeship Awards. 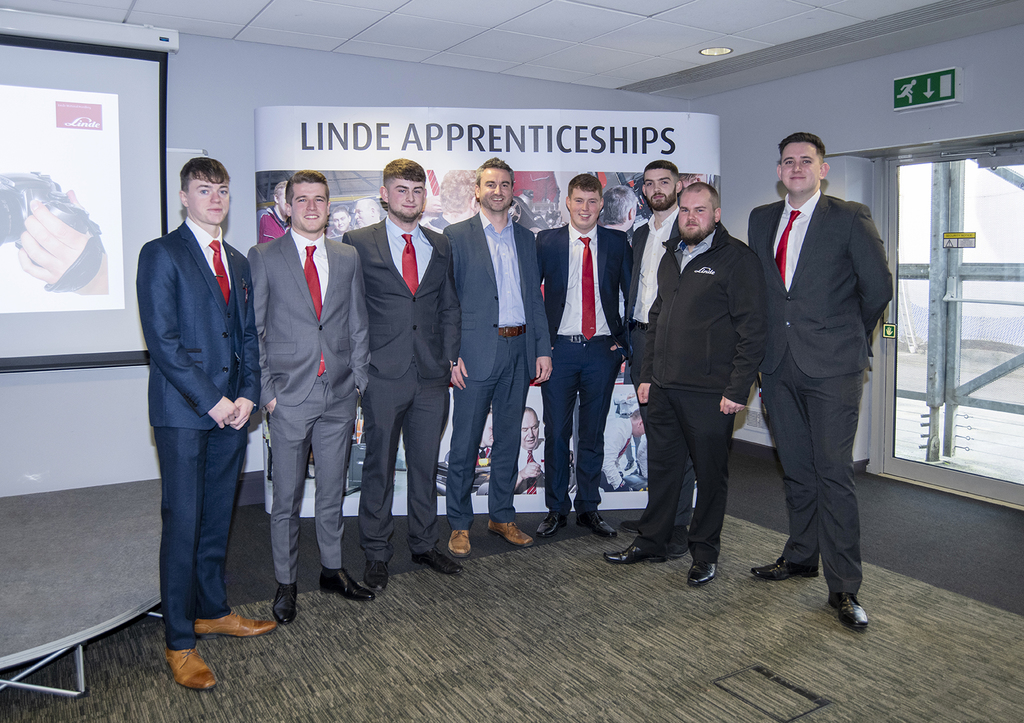 This year the event was held at The National Space Centre in Leicester and celebrated the young people in Linde’s apprenticeship training programme.

Apprentices at the event also attended a planetarium show to mark the Apollo landing and an engineering focused rocket building workshop.

Oliver Heath, who scooped the top apprentice award for the second-year candidates and was also awarded apprentice of the year said “Receiving the award on the night was totally unexpected. I was completely in the dark before the event with no idea I had even been nominated, so to be named as the winner came as a huge shock to me.

“I’m really honoured to receive the award and chuffed that all my hard-work throughout the year has been recognised. I’m 100% committed to my apprenticeship and love being able to apply my knowledge to practical customer-focused situations in the field every day.

“Being field-based also means that each day is completely different as I never know what problem I’m going to be faced with or how I am going to solve it but that’s what makes my job so interesting. New variations of trucks and systems being released means that you are always learning and each day you come home knowing something new. The support from colleagues is also fantastic and my mentor is always at the end of a phone if I feel I’m struggling with anything.

“I’ve spent the past two years focusing on mechanical trucks but now I’m looking forward to learning more about electric truck and robotics which is the area I am interested in working in the future.”

Shelley Brown, training and apprenticeship manager at Linde Material Handling, said: “This is the third year of our Linde Apprentice Awards and it’s great being able to recognise the hard work and dedication of our apprentices.

“We value all of our employees and believe that apprentices are vital to an organisations growth while also continually refreshing the workforce.

“It’s an honour to see our apprentices grow over the four years and for the majority to move into permanent roles at the company where they gain more responsibility and become a valuable member of the team and the Linde family.

“I’m proud to award these three apprentices and to celebrate all their hard work.

“We’d like to congratulate all our apprentices once again and we look forward to seeing them grow and celebrating more of their achievements.”

Linde currently has 88 apprentices across the four-year programme having taken on 146 apprentices to date.

The course allows young people to gain valuable industry experience which enables them to develop their professional and personal skills while also gaining a formal qualification.

Each year, apprentices spend five weeks at the Fork Truck Training Centre in Swindon where Linde donated five Linde trucks to make sure all apprentices build a comprehensive knowledge of its products.

Apprentices also have the opportunity to expand into other areas of the business using their transferable skills gained within the apprenticeship scheme.

The winners are chosen using exam and coursework criteria along with testimonials from key stakeholders.