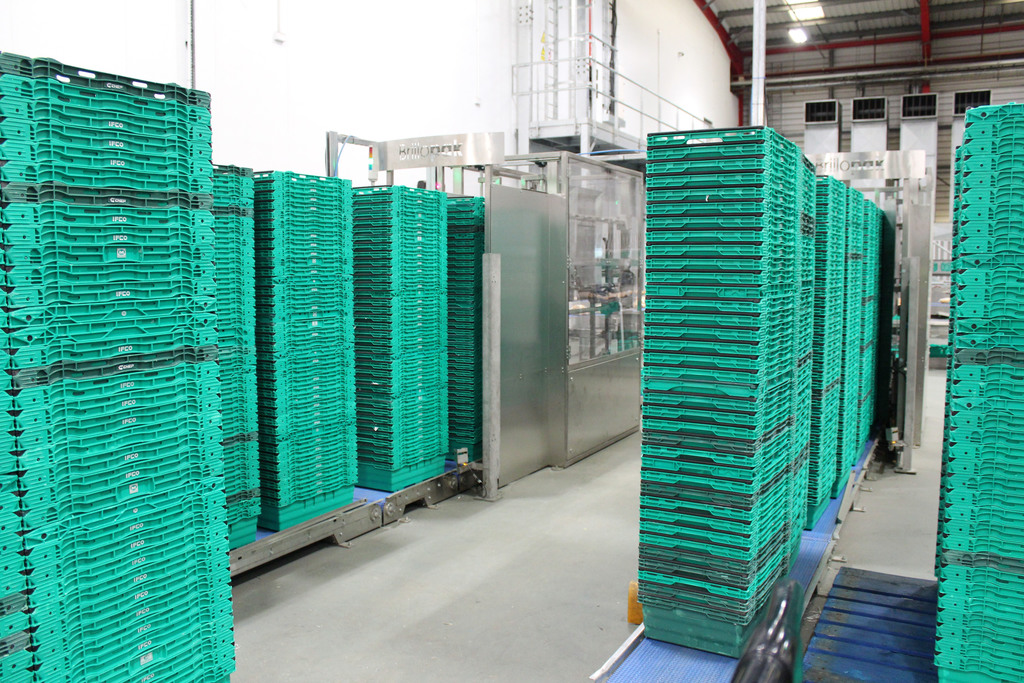 Upstream, Brillopak Crate DeStakers have put a stop to operatives repeatedly overstretching to lift, separate and place clean retail baskets in a constant stream onto conveyors for filling.

The Brillopak crate separation and palletising systems are designed to address safety issues by removing one of the most labour intensive tasks in case packing. 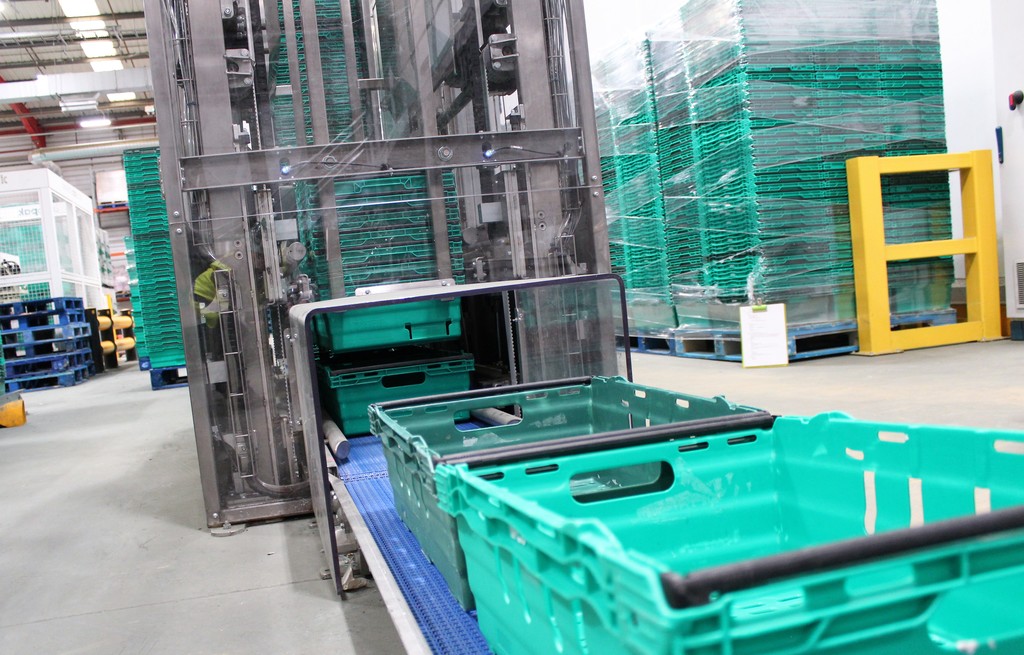 Now, all movement of the empty and filled crates is done using robotics. By automating every part of the process from crate separation to palletising has resulted in 90% of the physical labour being taken off the line at Rushden.

Empty crates are automatically fed onto each packing line via a low belt conveyor, presenting stacks in a line to the Crate DeStaker. The Crate Destaker lifts up a whole stack while simultaneously pulling down the bottom crates. This motion ejects two crates at a time in a consistent line out onto the main conveyor track to the robotic potato case loading station.

Each Brillopak Crate DeStaker unit can separate up to 480 crates every half an hour. Operatives then manoeuvre another pallet of washed and empty crate stacks into position on the infeed conveyor, so the process can continue. 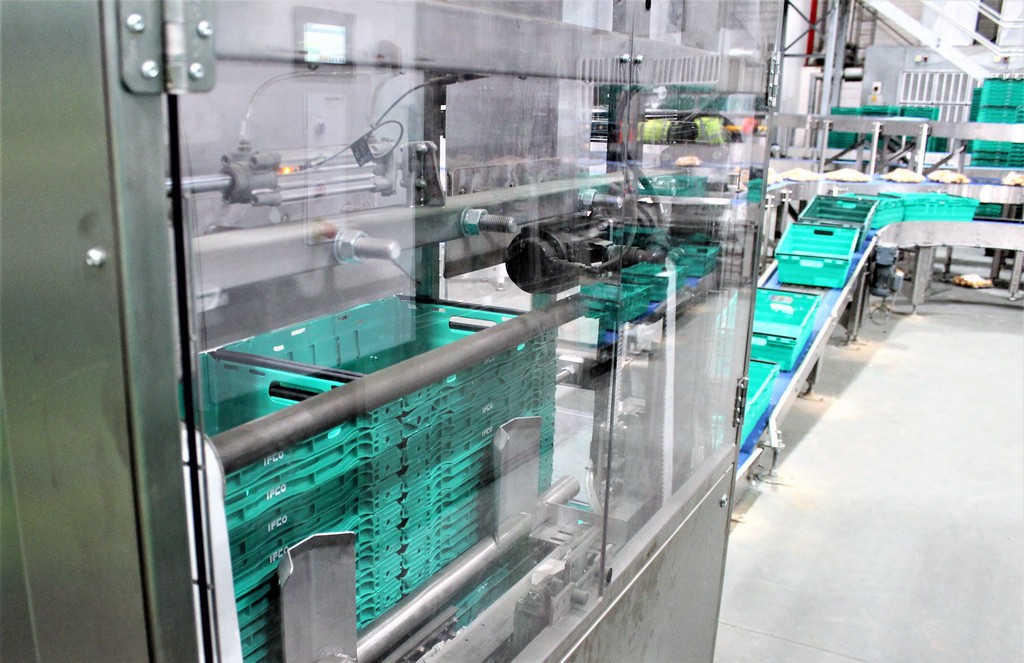