Hutchison Ports Thailand is one of the first in the world to acquire and test autonomous trucks at Terminal D facility at Laem Chabang Port, Chon Buri. 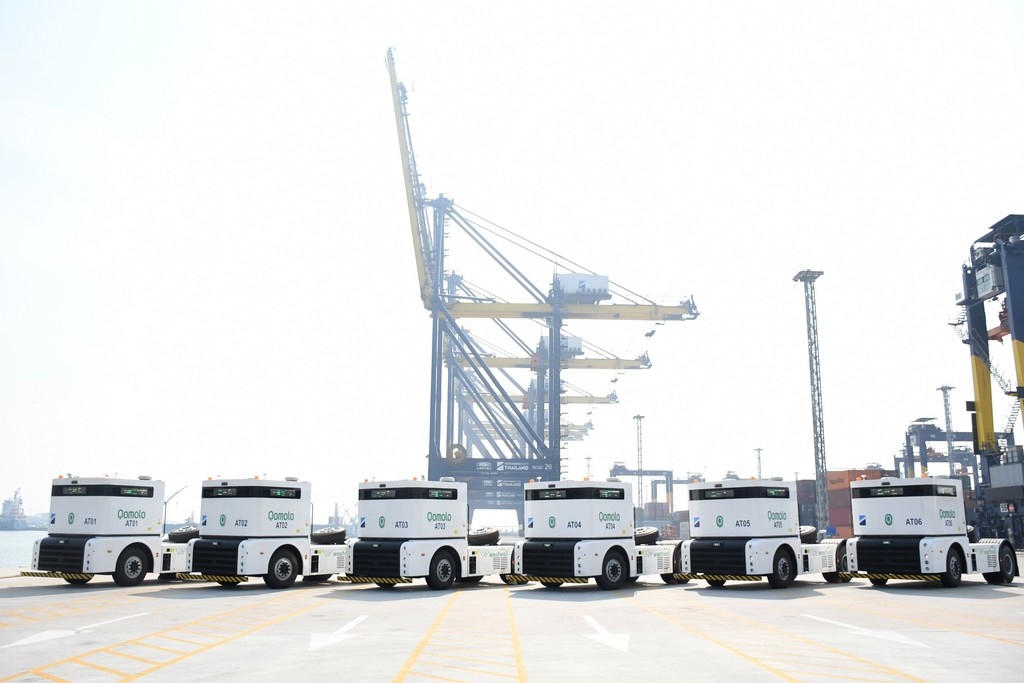 The autonomous Qomolo trucks promises to improve efficiency and safety at its operations. The investment will not only benefit Hutchison Ports Thailand’s customers and port users at Terminal D, but other stakeholders along the Eastern Economic Corridor (EEC); a key gateway to the greater Mekong region.

The six electric ‘Qomolo’ trucks (also known as the ‘Q-Truck’), arrived at Terminal D from Shanghai, China on 26 April, with the testing phase set to run for one year. During this period, the trucks will be integrated with the existing conventional fleet of trucks to transfer containers between the quay and the yard.

Equipped with AI machine-learning technology and a wireless charging system, the Q Truck can operate non-stop for more than 24 hours. The trucks utilise LiDAR light detection and range technology, through which it can instantaneously (and accurately) detect and survey its surroundings in all directions, generating a precise, internal 3D map, enabling it to accurately analyse and avoid obstacles and collisions.

The operation of the trucks will be integrated into – and controlled by – Hutchison Ports’ Next Generation Terminal Management System (“nGen”), which works in conjunction with other innovations – such as remote controlled-cranes – to plan transportation routes, manage operation time schedules and arrival patterns.

Stephen Ashworth, MD, Thailand & South East Asia of Hutchison Ports, says: “The Q Truck continues to push the envelope for port innovation and along with our other already and soon-to-be implemented innovations, such as remote controlled crane-technology, online e-tracking services, gate automation and blockchain technology, we are rapidly approaching our goal of becoming the nation’s first fully-developed ‘smart port.”