Automation played a significant role in ensuring a meal kit firm boosted order accuracy as well as throughput at a time of rapid growth. 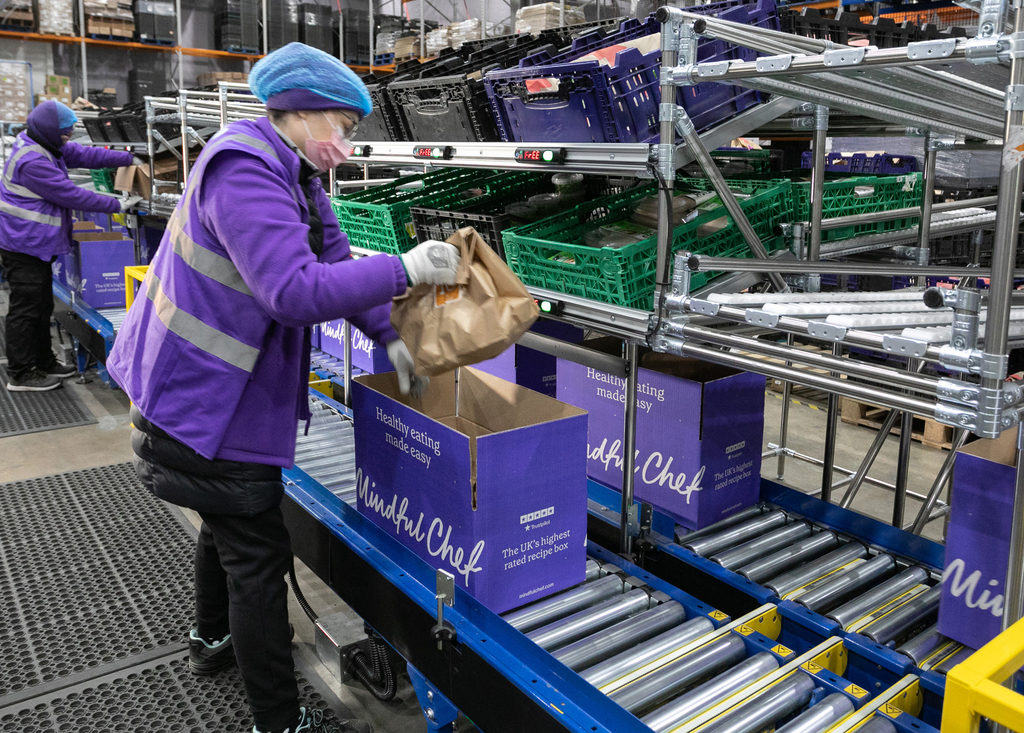 Mindful Chef production lead Matthew Maxwell explains: “The result was a 40m ‘bus stop’ style conveyor system with six pick-to-light stations and a quality control (QC) station at the end of the line to further improve accuracy. In essence, it is a very simple solution, but it is driven by a sophisticated controls software system.”

At the infeed end of the system an automated box erector machine preps the outer delivery box and sends it down the line. Each box has a barcode, which tells the system which pick-to-light stations it needs to go to. Once there, another barcode reader scans the box which automatically lights up the items that need to be picked for that order from the flow racks above.

The operator then picks each ingredient from the lit up flow racks, pushing a button for every item picked to tell the system that it has been taken. Once the operator has picked all the items for that box they push the white ‘order complete’ button which automatically sends the box back onto the main conveyor.

“When the operation was manual, an error rate of around 1.5% was normal. With the new system our target is 0.5%, and although we are not quite there yet, we expect to reach that target soon.”

The box then travels either to another pick station or the QC station prior to reaching the end of the line. Opposite the QC station there is an automated leaflet inserter which drops in any paperwork or promotional material required for each order.

To help prevent loss of customers, the QC station is governed by three criteria, with boxes diverted for checking if the system: a) thinks have incorrect or incomplete orders; b) the order is for a customer who has complained of an error in the last four weeks or c) boxes are randomly sent for QC. The boxes sent into the QC station are checked by an operative to make sure all is present and correct before sending the box back on the main conveyor.

Orders are despatched to carrier via forklift.

Matthew Maxwell: “Although it is early days, we have already seen a significant improvement in throughput of at least 20%. In addition, we are working on box sequencing which will add a further 30% increase in throughput. The new system is capable of handling 1000 boxes an hour, although we are currently operating at a maximum of around 650 to 700 boxes an hour.

“In terms of accuracy, we have achieved considerable gains. When the operation was manual, an error rate of around 1.5% was normal. With the new system our target is 0.5%, and although we are not quite there yet, we expect to reach that target soon as the team learn more about the system and refine the process.” 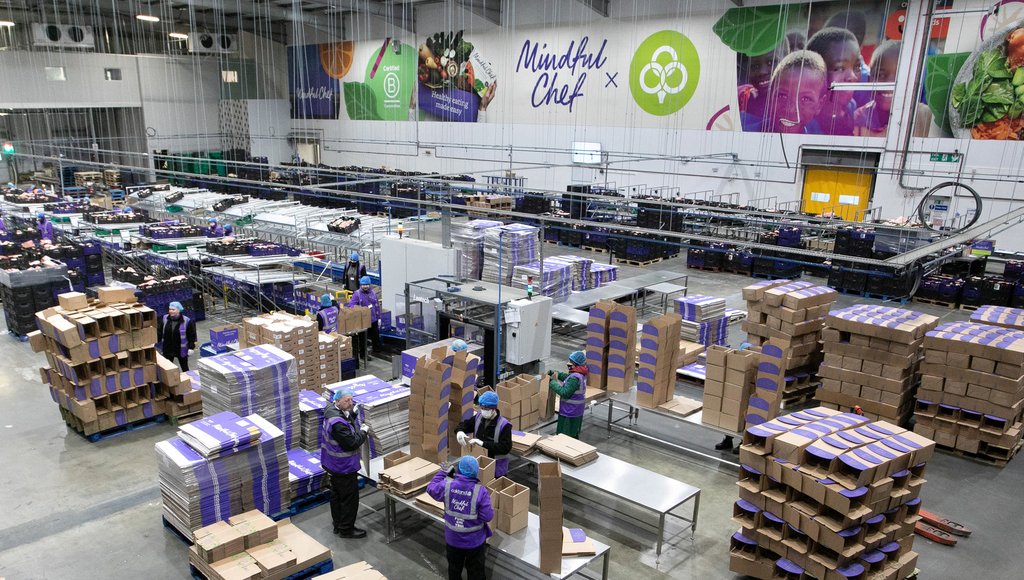 Mindful Chef has ordered two more pick-to-light conveyor lines with robots at the dispatch ends to automate the removal of the boxes from the conveyors and stack them on pallets.

“The aim is to have the new lines operational by the end of Q3 while the robots will be added early in Q4. The total investment in this automation process will be in excess of £1.6 million; the savings in terms of time and money, however, will deliver a payback within 12 to 18 months and, more importantly, boost customer retention levels,” says Matthew. 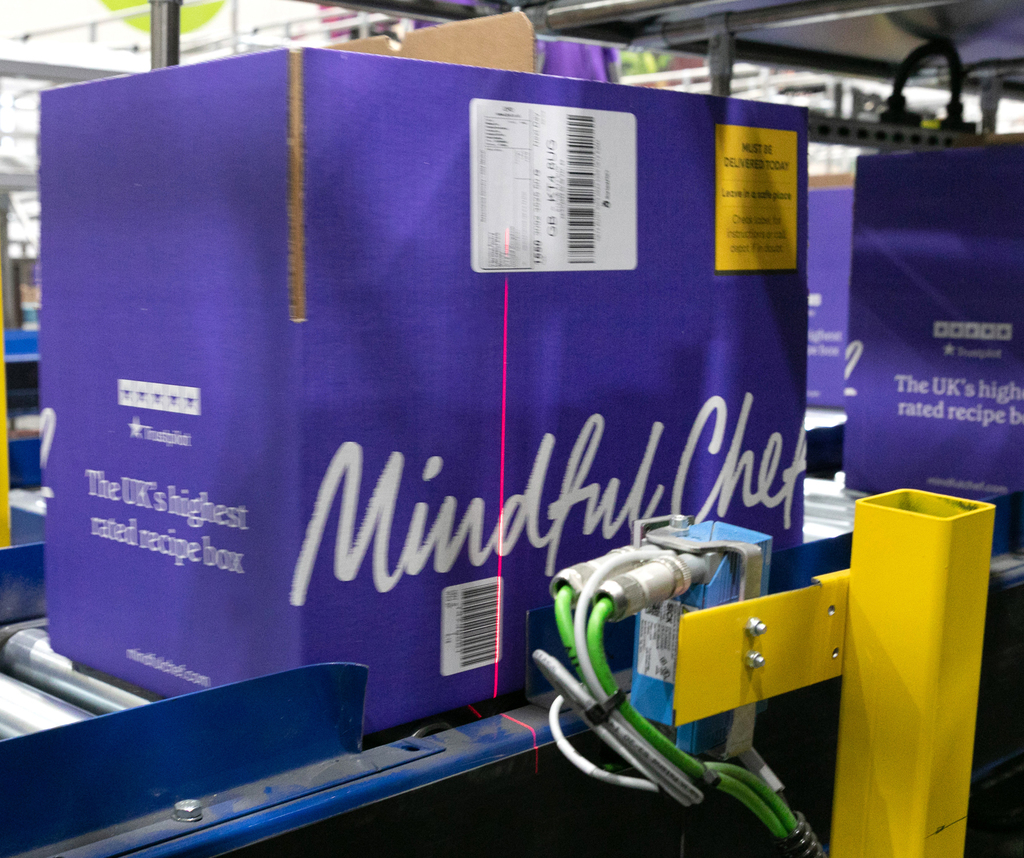