Beginning in April 2017, the audit reviewed 100 criteria, including safety, health and environmental procedures. 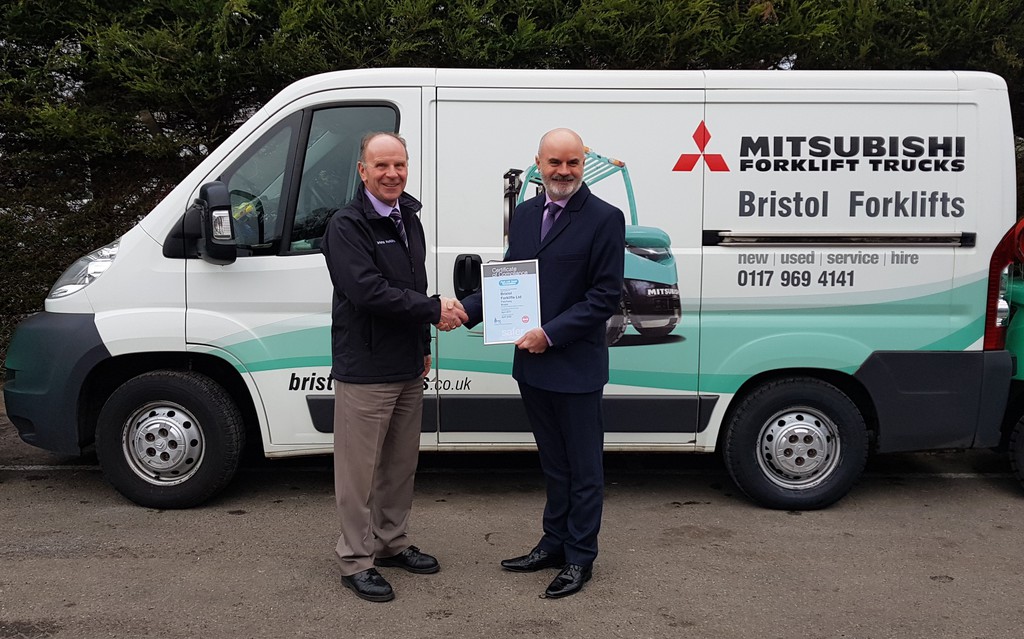 “The process was very thorough, and we learnt a lot from the FLTA,” said Ian Mounce, general manager of Bristol Forklifts. “The FLTA certificate will benefit us and our customers as it brings piece of mind, and ensures a uniformity in the processes that we adhere to.”

The audit presented Bristol Forklifts with the opportunity to enhance aspects of its operations, such as improving knowledge of gas storage and safety when working with dangerous substances.

“Bristol Forklifts were keen participants and fully recognised the benefits of the audit,” said Lee Medway, quality manager at the FLTA.

Bristol Forklifts worked collaboratively with the FLTA on all corrective actions specified by the audit. This included a joint effort in sourcing a subcontractor to conduct the testing of the spray booth extraction system. After overcoming this challenge, Bristol Forklifts was able to qualify as fully compliant.

“We enjoyed working with the FLTA,” said Mr Mounce. “We received great support and they were extremely helpful.”

As well as being the first RDD Mitsubishi dealer in the South West to gain the audit certificate, Bristol Forklifts is the sixth nationwide, making Mitsubishi the most compliant dealership network in the country.

“The audit certificate is a great achievement for Bristol Forklifts, and it will undoubtedly strengthen their role in the Bristol and South West area,” said Mike Jones, managing director of RDD.