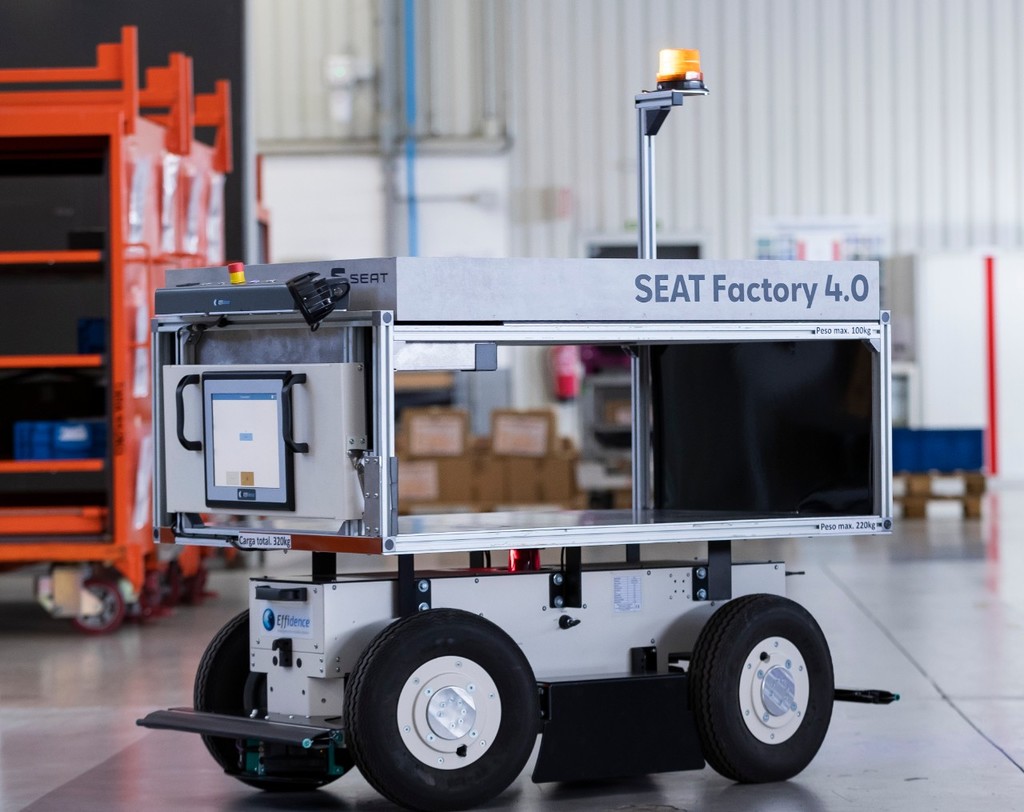 The company’s VP for production and logistics Herbert Steiner stated that: “Autonomous mobile robots place us at the forefront of innovation in the automotive sector. They’re also a clear example of how robots can collaborate with employees to make their work easier. Their incorporation contributes to driving Industry 4.0 and making us more efficient, flexible, agile and competitive.”

The EffiBOT is a robot that processes constant 360º readings, and is capable of following the person who tapped its touchscreen as they move around the factory, without the need for them to have any device on them even if they come across any person or object in their way. Among other tasks, the EffiBOT removes the burden of carrying heavy loads from workers, as it can transport all kinds of materials needed for car assembly, whether carrying up to 250 kilos or pulling up to 500 kilos.

The company has introduced two EffiBOTs in an experimental phase and could expand the number of these robots in the future. Unlike AGVs, which require a track to function properly, AMRs such as EffiBOT can recognise their surroundings to map their route to a defined destination and avoid obstacles along the way, says the firm.