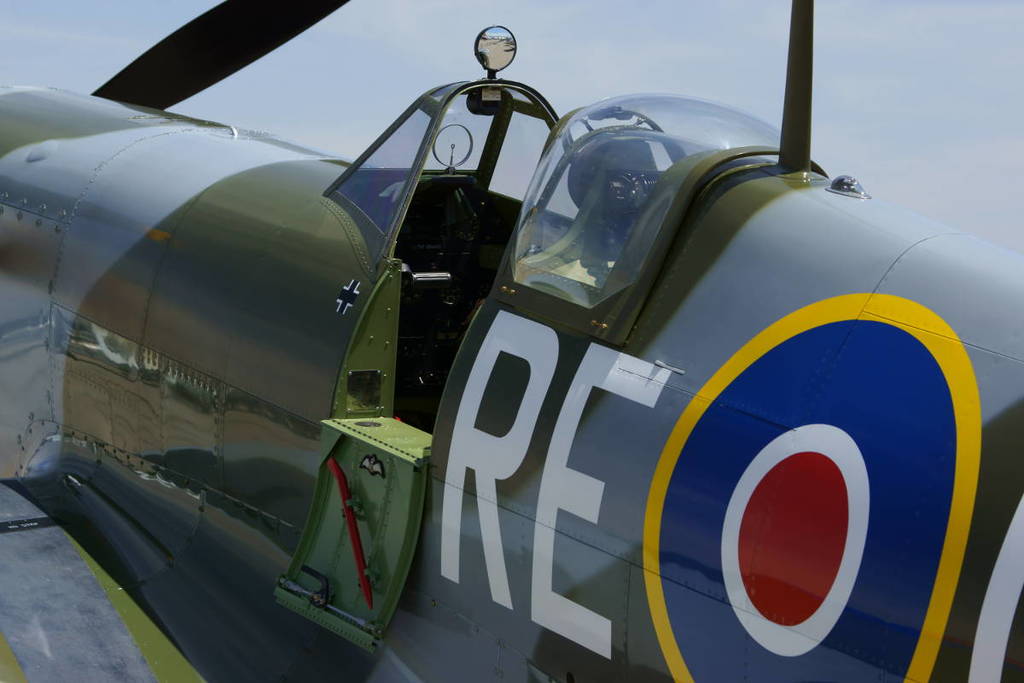 THE LATEST evolution to the Hyster Big Trucks range features new cockpit-style cab across the Hyster 18-48 tonne lift truck series, which positions all truck information and controls at the driver’s fingertips.

The trucks have a new seating design and large floor area and the cabs feature heating and ventilation options to suit summer or winter conditions. With more glass integral to its design the premium cab boosts visibility.

“For container handlers, including ReachStackers, we have developed a dedicated cabin with even more floor space and a re-designed joystick control,” Chris says. “To help operations keep control of costs, the cabin also includes a performance counter which reports usage data such as the number of containers moved, fuel used per container and distance covered per container.”

To support accurate and efficient handling, Hyster Empty Container Handler drivers also benefit from a user-friendly digital performance 7” display. An optional second graphic display can also clearly show the status of spreader engagement and whether the container has a positive lock or not, as well as any limitations the operator should be aware of. This may speed up operations and reduce ‘mispicks’.

The service interval of the engine oil has been extended from 500 to 1000 hours and the engine oil level will be shown in the cabin display, so there is no need to use a dipstick. A two-stage coolant level warning via the display is also standard, alongside a timer to prevent hot turbo shutdown. The transmission has also been updated across the range.

To accommodate extreme duty applications, the transmission cooling capacity of the updated Empty Container Handlers and 18-32-tonne heavy duty forklifts has been increased significantly. The trucks also feature a hydraulically driven fan that helps reduce fuel consumption and noise levels. Reversing fans can be supplied by the Hyster Special Engineering Team if required.

The new truck engines will use a combination of a Selective Catalytic Reduction (SCR) and DEF like AdBlue and a Diesel Particle Filter (DPF).  Both after-treatment units are packed in one box positioned on the outside of the truck providing easy access and heat rejection. The ash cleaning interval is approximately 4500 hours depending on the application. The engines are equipped with cooled Exhaust Gas Recirculation (EGR), which minimises the creation of NOx, resulting in less AdBlue usage.

Due to its low market volume in emissions regulated countries, the 40-52-tonne Laden Container Handler will not be developed for Stage V compliant regions but will feature the updated Hyster cabin, allowing operators in non-regulated markets to experience the productivity and ergonomic benefits. Updated trucks with Stage IIIA compliant Cummins engines for non-regulated countries will follow later. 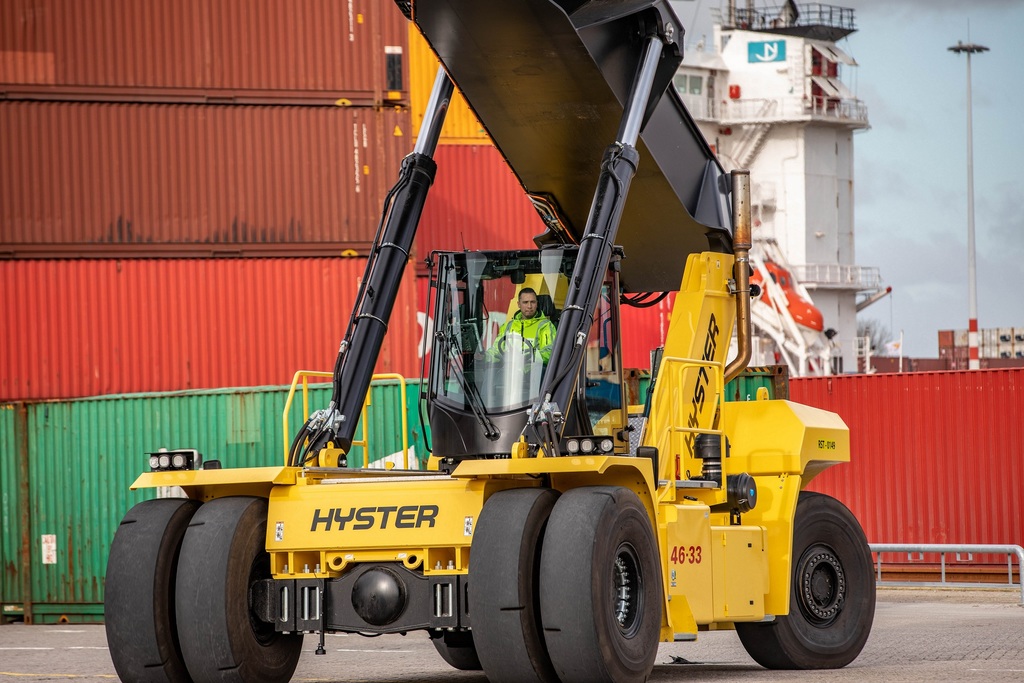 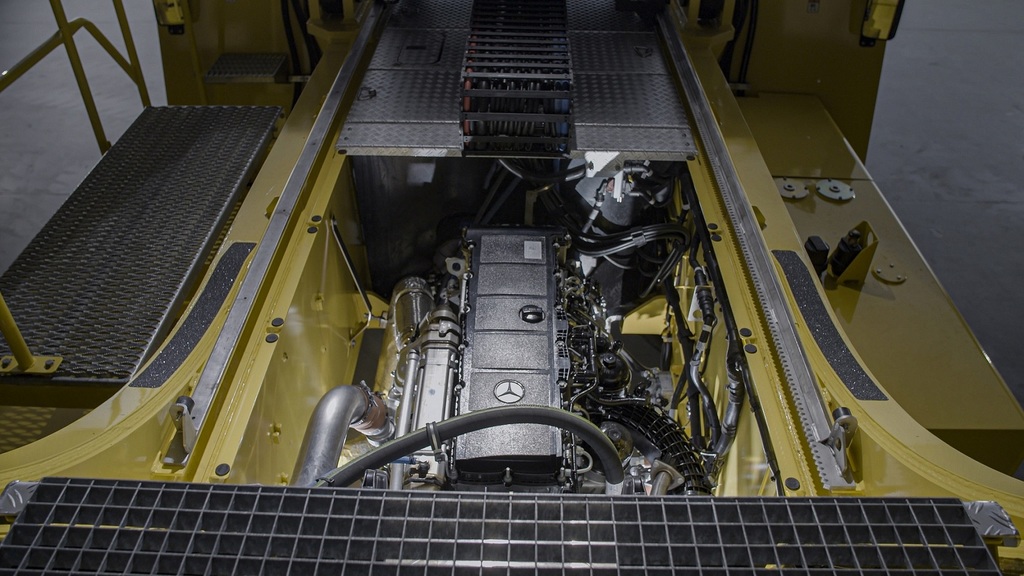 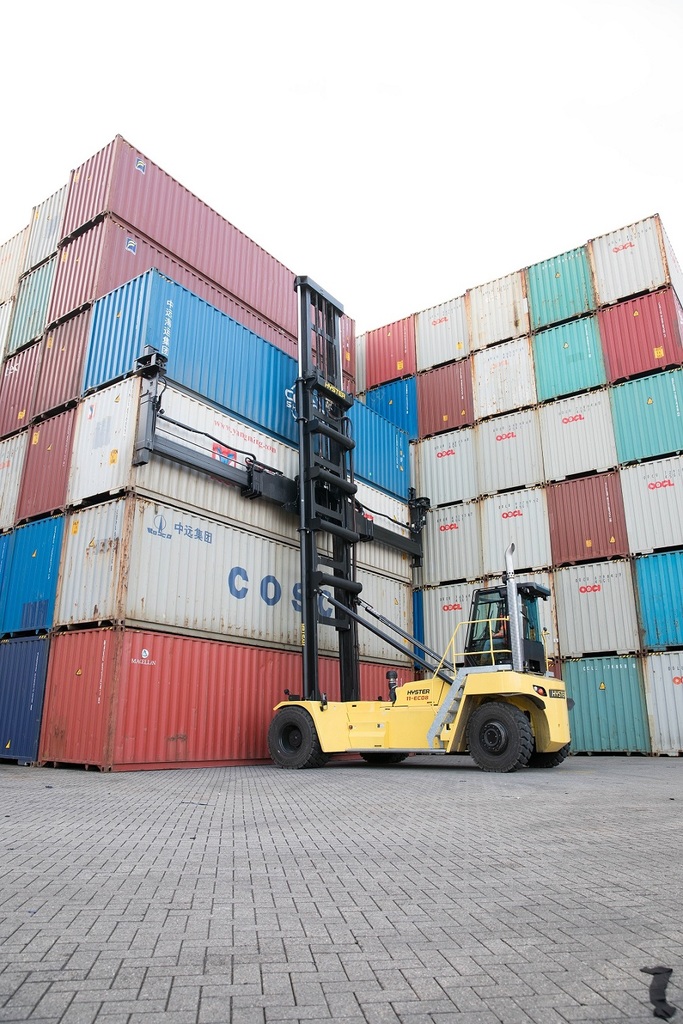