Mitsubishi Forklift Trucks is warning companies to be aware of the hazards of dust to their fleet and workforce. 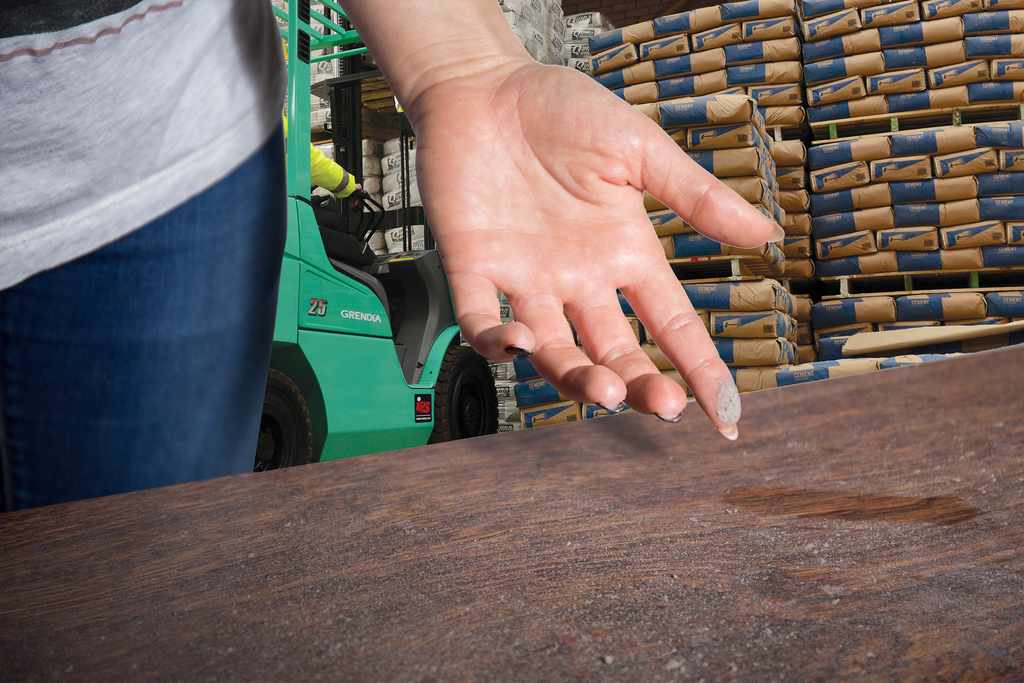 Many materials handling managers don’t consider that something as small as dust could stop a forklift in its tracks, but it can. A clogged engine wears out faster, as millions of tiny particles grind away at the bearings, pistons, cylinders and valves.

This means more breakdowns, more downtime and more parts to buy. In fact, some estimates say a clean engine lasts twice as long. Contaminated oil can even accelerate damage to the engine it’s supposed to protect.

Generally speaking, forklift engines don’t create dust — an LPG engine with a three-way catalytic converter doesn’t even make soot. The problem is the way they spread it.

The fast-moving parts of the engine create a cyclone effect — a lot like the one used in modern vacuum cleaners — which sucks dust and dirt from the floor. Except, unlike a cleaner, the particles aren’t stored: they’re scattered into the air.

This leads to the other key danger: it’s not just the truck that gets affected by dust in the air. If breathed in, it can also have a devastating effect on your workforce.

As well as discomfort and damage, dust can cause serious health problems for people who work with it every day. Issues like asthma, Chronic Obstructive Pulmonary Disease or even scarring can all arise from prolonged exposure to dust. And depending on the composition of the dust and degree of exposure, there can potentially be a significant danger of cancer.

The particles are much smaller than you can see with the naked eye (most are less than 10 microns across), so it’s difficult to tell exactly how much dust is in the air at any one time.

To protect workers, many countries specify maximum dust concentrations that are allowed in the air. That can be an amount as little as the size of a small coin in a room 3 metres square.

Every time the truck is used, it directly increases the airborne dust concentration; damaging stock and, potentially, workers’ health.

Experts recommend good housekeeping as the best way to keep dust down — but more importantly they advise avoiding methods that put settled dust back into the air.

Some forklift trucks, like the Mitsubishi GRENDiA, are already designed to cope with rugged, dusty or dirty environments.

All GRENDiA models feature a belly plate with sealed rear wheel arches. Putting a physical barrier under the truck stops dust and dirt being sucked into the engine and sprayed around. The belly plate protects the engine against larger items (like pallet fragments and stray shrink wrap) which can do serious damage.

The range has air intakes up high away from the dust on the floor and uses cyclone technology to clean the air before it’s used. Unlike conventional filters, these don’t become clogged. They’re also longer lasting, cutting the requirement for servicing.

Some forklifts may need these features to be added as cost options or custom modifications. GRENDiA models from Mitsubishi Forklift Trucks have these all as standard.