Stoford Developments has completed construction of a new 90,000 sq ft distribution unit at Exeter Logistics Park on behalf of an international retailer. 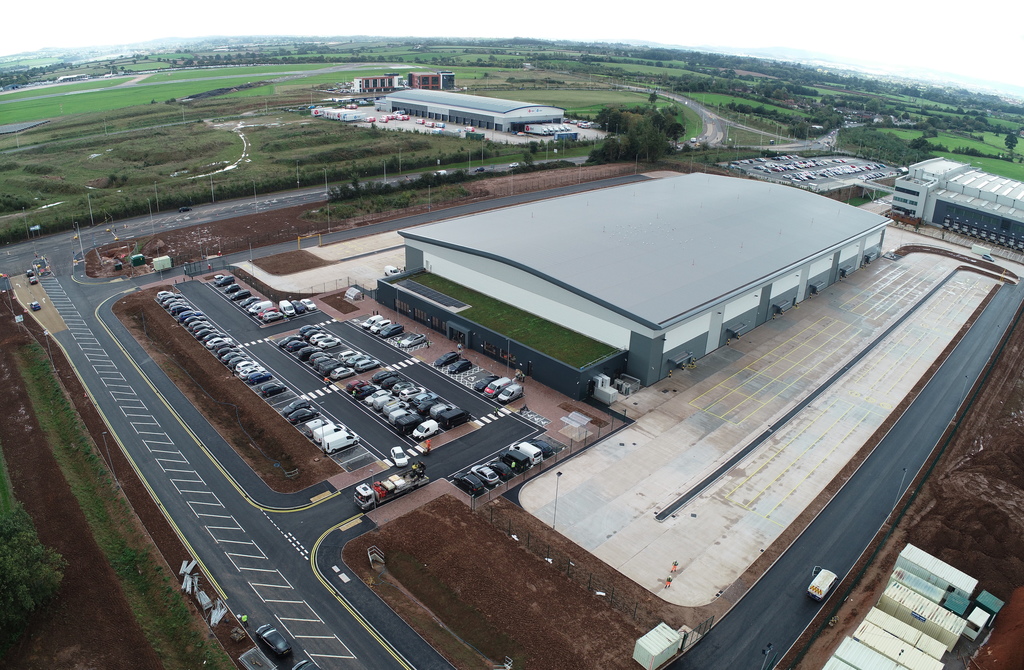 The development at Clyst Honiton, Exeter is expected to support in the region of 350 jobs.

Funded by Torbay Council, the development includes improvements to the local transport infrastructure, with a new access road and signalised traffic junction on to the B3174 London Road.

Exeter Logistics Park is part of the second phase of a significant industrial scheme on 55-acres of land at Hayes Farm, owned by the Church Commissioners for England. Phase one of the Exeter Gateway distribution facility, Lidl UK’s regional distribution hub, was opened in 2017.

Both sites are part of the Exeter and East Devon Growth Point economic development zone east of the M5, near Exeter Airport. The scheme could create between 1,530 and 1,817 new jobs when complete and contribute an extra £90m to £105m to the regional economy.