Fire at Ocado’s Erith CFC - dark side of eComm boom?

IT HAS been reported that the blaze was caused by ‘two robots colliding’, although London Fire Brigade (LFB) said the cause is unclear at this stage. 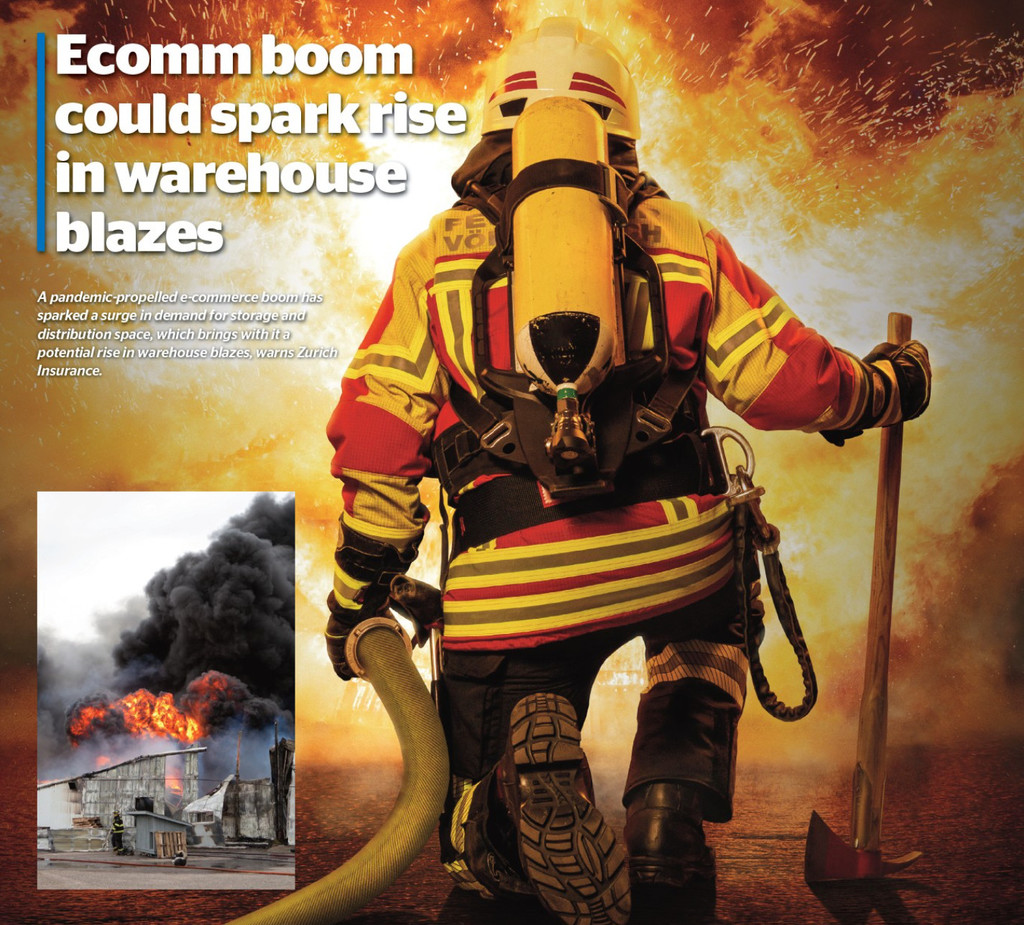 LFB said 15 fire engines and around 100 firefighters were called to the fire at the warehouse on Church Manorway in Erith on Friday afternoon (16 July).

Station commander Steve Vydelingum added: “Firefighters are working hard in hot and arduous conditions inside the warehouse. Around 800 staff evacuated before the Brigade arrived. There are no reports of any injuries. The fire is very deep seated and will be very protracted. Fire crews will be at the scene throughout the night.”

In a statement Ocado Group highlighted ‘material handling equipment on the grid’ as the potential source of the problem.

It said: “We are aware today of an incident at our Erith CFC. This incident appears to involve the material handling equipment on the grid resulting in a fire and the activation of certain protocols requiring the evacuation of the building and the presence of the London Fire Brigade. While the scale of the damage is still unclear, no one has been injured and all colleagues on site are safe. While we expect some disruption to operations, we will work to restore normal service as soon as possible.”

A fire that destroyed Ocado’s Andover warehouse on February 5, 2019 cost Ocado £110m, according to its figures.

Handling & Storage solutions ran an article last month exploring the potential increase of fire risk in warehouses as a result of the eComm boom. You can read the article here - https://bit.ly/36GH6a7