Narrow Aisle will highlight innovative new trucks at the show 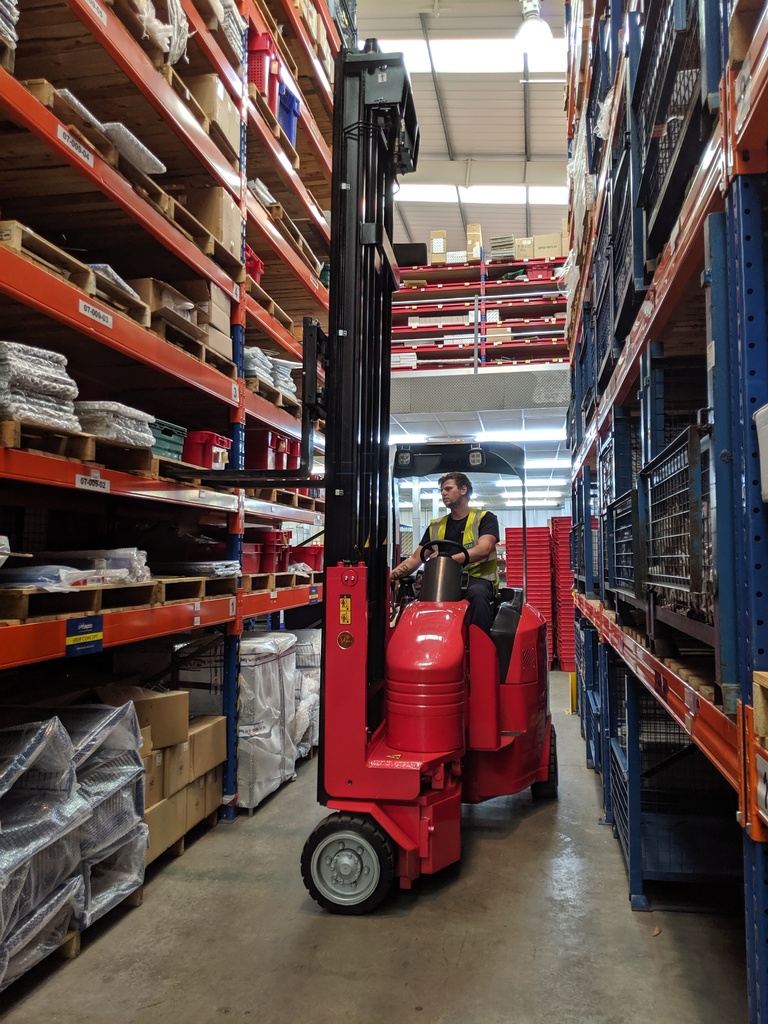 With all drive, hydraulic and power-steering functions controlled digitally, the trucks in the Flexi AC iON (lead acid battery-powered) and Flexi LiTHiON (lithium-ion battery-powered) collections are described as a ‘tour de force’ in articulated lift truck drivability and reliability.

The introduction of digitally controlled motors for all key functions delivers a more integrated truck performance and results in greater reliability, higher productivity and significantly reduced operating and maintenance costs.

Full digital control means that all models are ultra energy efficient: every time the truck’s mast is raised or lowered, as well as during forward and reverse travel and when the steering wheel is moved, regenerative energy is produced and feeds back to the battery to maximise the time that the truck can perform between battery changes or charges.

In addition, noise levels are significantly reduced and steering and mast control operations – whether using the lift/lower or sideshift functions – are carried out with optimum precision at all times.

But it is not just ‘under the bonnet’ where enhancements have been made: when developing the new Flexi ACiON and Flexi LiTHiON ranges, Narrow Aisle’s design team sought to produce the ultimate driver-friendly articulated forklift trucks on the market.

All aspects of operator visibility have been improved. For example, the trucks’ HiVis overhead guard has been redesigned and reconfigured to ensure perfect upward visibility of both the forks and the load. The guard also features a soft grey finish that is proven by optometrists to be easy 'on the eye' to further aid the operator’s through vision.

Clear forward visibility is ensured by the use of three-stage lift masts, which feature four-lift cylinder technology that not only delivers full fork vision to make pallet entry clear and straightforward but also provides class-leading lateral stability.

All models are fitted with fully adjustable premium seats with high or low backrest options – which, combined with the trucks’ adjustable steering column, reduce operator fatigue during even the longest shifts.

Models in Narrow Aisle’s Flexi ACiON and Flexi LiTHiON ranges can operate safely and efficiently in aisles measuring just 1.6 metres wide and can lift loads weighing up to 2.5 kg to heights of 14 metres.

The Flexi’s 220 degree articulation feature - which makes turning easier and faster - is now incorporated into all models in the range.

In addition, visitors to the Narrow Aisle stand will be able to see the unique FlexiPick layer order picking system. The FlexiPick allows users to take advantage of the increasingly popular layer quantity FMCG order assembly concept without the need to invest in the kind of high fixed cost and automated handling technology that previous layer picking systems have relied upon.

Thanks to its articulated chassis design, the FlexiPiCK system is the perfect platform for layer picking technology. When using the FlexiPick full pallet loads of the most popular layer quantity products in a distribution centre are arranged in an aisle format at ground level and with assembly stations positioned at the end of each aisle. The FlexiPick’s integrated hydraulic arms carefully lift single or multiple layers of product and deliver each individual layer picked to the assembly station where a load is made up of full layers.

The FlexiPiCK system works comfortably in access aisles of less than two metres – which hugely reduces the floor space footprint. Steel guidance rails are not required for the system to function at faster picking rates which allows a more flexible load assembly aisle layout with more product options to be designed.

With its headquarters, design and manufacturing facility in the West Midlands, Narrow Aisle Ltd has supplied over 8000 Flexi articulated forklift trucks to users throughout the world and has a global network of over 60 authorised distributors.

A major investment strategy that will see the company significantly increase output at its UK production site over the next three years was announced in January 2019.