A sortation system with LiBiao’s autonomous mobile robots at its heart has replaced a conveyor-based system at the fulfilment centre of a Japanese cosmetics retailer. 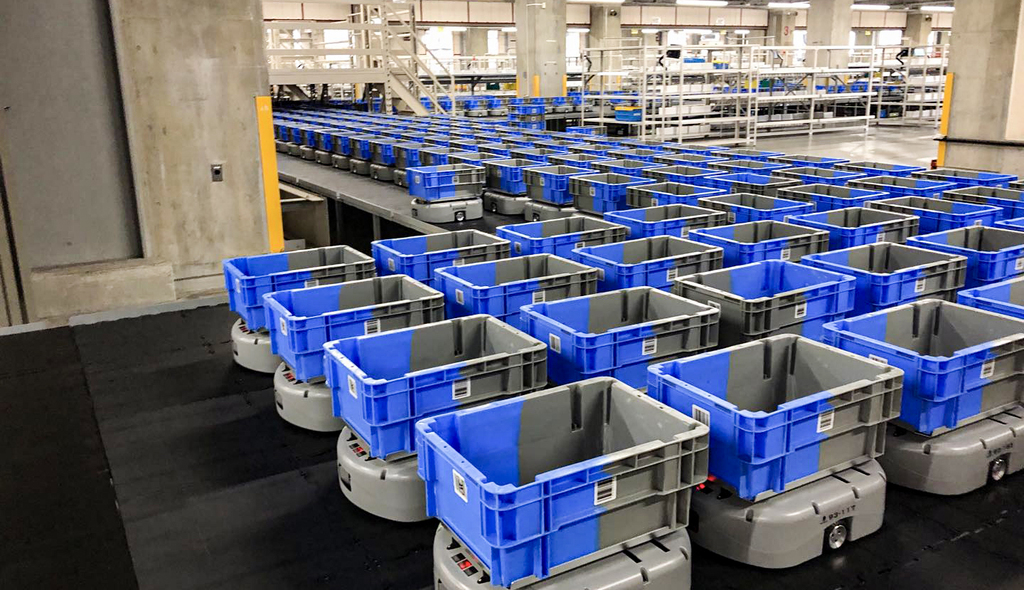 To keep pace with demand, Orbis has recently installed a fully automated sortation system at its e-commerce fulfilment hub in Tokyo.

Set over four-storeys and constructed to be fire- and earthquake-proof, Orbis’s 42,000 sq m Tokyo facility processes orders for the whole of Japan.

Autonomous mobile robot (AMR) technology designed and supplied by LiBiao Robot is now at the heart of Orbis’s order fulfilment facility’s intralogistics system. A fleet of over 300 LiBiao robots have replaced a conveyor-based sorting arrangement that had been struggling to cope with increased throughput at the site since the beginning of the Coronavirus crisis.

LiBiao’s AMR range has been developed as a cost-efficient and flexible alternative to the tilt-tray and cross-belt conveyor-based sortation systems that have traditionally been used within many busy parcel and e-commerce operations.

The robot-based system is a fraction of the cost of a typical cross-belt or tilt tray conveyor and, because Libiao’s sortation robots are more compact than other AMRs currently on the market, they require less space within which to operate – a sortation system can be set up in one-fifth of the floor area needed by a conveyor to achieve the same parcel throughput statistics. The time needed to complete an installation is also notably shorter than what is necessary when building conveyor-based sorting solutions.

Furthermore, with no fixed infrastructure requirements, modular AMR systems are scalable and offer complete flexibility: additional robots can be introduced as and when they are needed and the technology is fully portable – meaning systems can be switched between sites if required.

The introduction of Libiao AMR technology has brought a number of significant operational benefits and cost efficiencies to Orbis. For instance, before the arrival of the robot technology, Orbis’s warehouse staff had to sort orders by their destination location and deliver them manually by walking full trolley loads across the facility to the goods-out area. The robots now perform this task automatically and individual parcels are transferred by the AMRs directly to a marshalling area where they are checked before being loaded into waiting delivery vehicles.

"Robots do not suffer from the same downtime issues associated with conveyor technology where a single point of failure can bring the entire sortation process to a halt."

By removing the need for workers to manually handle parcels in this way, Orbis has been able to restructure its workforce and redeploy staff to other more productive activities – thereby reducing labour costs and delivering operational improvements to the business.

And, because the robots operate in an area of 1,800 sq m, Orbis has been able to free up some 200 sq m inside the facility, which it has converted into a storage area.

In addition, because the LiBiao robots use considerably less power than fixed conveyors, Orbis is benefiting from reduced energy costs. 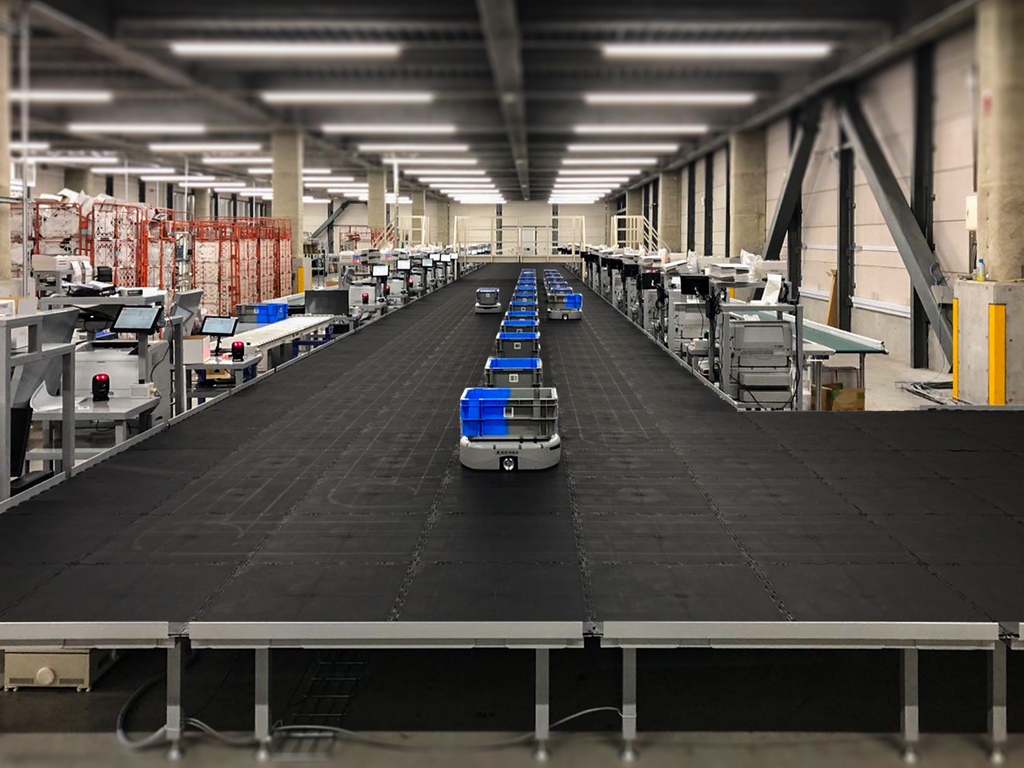 A further win for Orbis is the reduction in downtime the robotic system has brought: robots do not suffer from the same downtime issues associated with conveyor technology where a single point of failure can bring the entire sortation process to a halt and to further optimise uptime, each ‘bot senses when its battery is running low on charge and automatically takes itself to the nearest topping-up location. A five-minute charge is all that’s needed to achieve four-hours of operation.

LiBiao’s ‘Robots As A Service’ finance scheme has enabled Orbis to install this technology cost effectively. The system is, in effect, hired with monthly payment charges based on the number of parcels processed at the site. This means that with the cost efficiencies the robots have brought to Orbis’s fulfilment operation the return on the company’s investment is almost instant.

“Orbis’s robotic sorting system is allowing the company to process a higher quota of products in a shorter space of time and within a smaller space. The gains in efficiency the company has experienced have been almost immediate, meaning savings will impact the business straightaway.”

Although initially reluctant to embrace internet retailing, Japan’s consumers are now such avid online shoppers that the Japanese e-commerce market is set to be worth USD 325.9 billion by the end of 2026. Only the USA, China and the UK spend more online.

One of the country’s most successful internet retailers is the cosmetic products specialist Orbis. A division of Japanese cosmetics giant, POLA, Orbis has been supplying skin care products since 1984 when it was established as a mail-order business.

The company’s extensive range of beauty treatments has picked up numerous industry awards and in the Japan Customer Satisfaction Index – Japan’s largest and most respected annual customer satisfaction survey – Orbis came top for four consecutive years between 2011 and 2014.