Is it time to consider a radical approach to distributing eComm orders using underground magnetised loops instead of trucks and vans, asks Phill Davies? 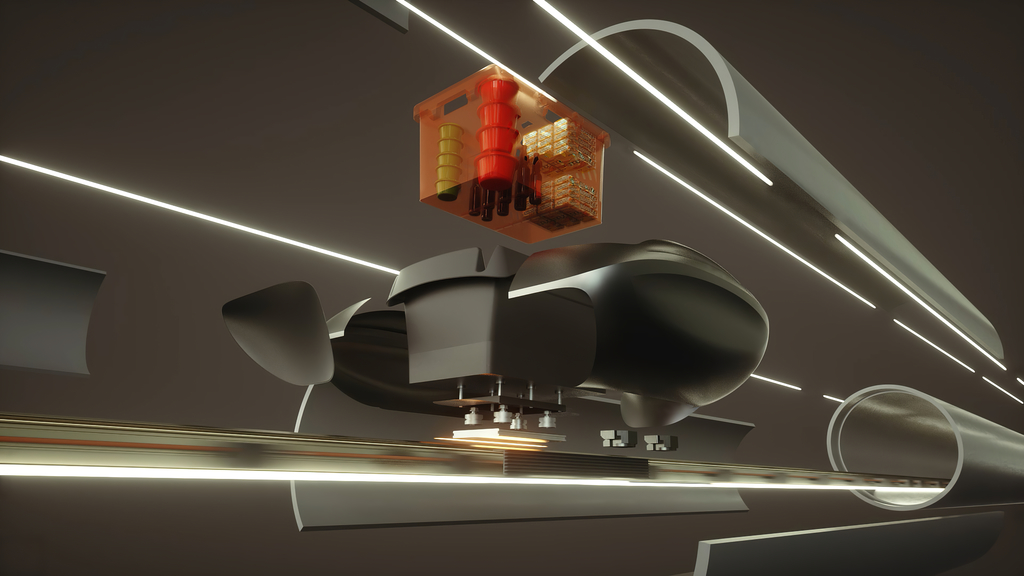 As stricter Covid-19 lockdown measures are reintroduced throughout parts of the UK, we are again reminded of what towns and cities of the future could look like. Fewer cars on our roads leading to cleaner air is just one of the positives to have emerged from the last nationwide lockdown.

At the same time however, the number of HGV and delivery vehicles on the roads increased as we relied more on eCommerce to ensure the prompt delivery of essential items. Even before the pandemic hit the UK, the number of delivery vehicles on our roads were rising significantly and these are a major contributor to air pollution. The Department for Transport reports that in the last 25 years, between 1993 and 2018, van traffic saw the fastest growth of any motor vehicle, almost doubling to reach a record high of 51.0 billion vehicle miles (BVM). Delivery vans represented many of these vehicles and were responsible for distributing more than 2.5 billion parcels and an estimated one billion online grocery orders to homes throughout the UK. We estimate that the pandemic accelerated the growth by around five years.

Research from Ascential suggests this trend is set to increase further. The Covid-19 pandemic has added more than £5 billion to UK online sales and is predicted to reach almost £79 billion. Forecasted sales have risen from 11% to 19%, and, with the first post-Covid Black Friday and Christmas fast approaching, all records are set to be smashed as shopping on the high street becomes more challenging and less attractive. 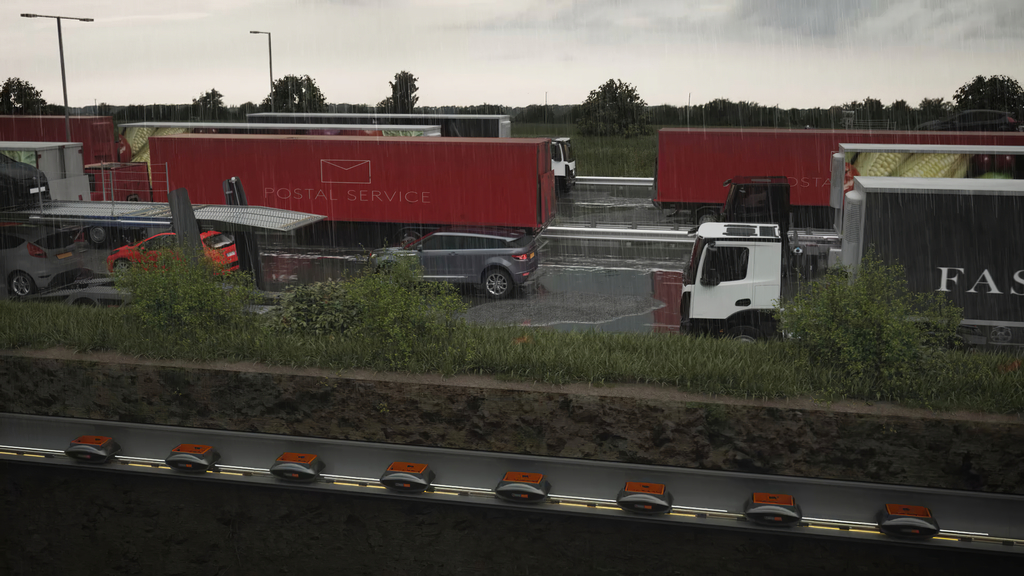 In order to significantly reduce delivery traffic on our roads and lower levels of air pollution to meet ambitious targets for reducing CO2 emissions, a step-change is required in the way we think about handling goods rather than looking at adapting existing vehicles.

Given this anticipated increase, how can businesses adapt to this explosive growth in online shopping? One ground-breaking approach is currently being developed by Magway. This British engineering start-up is taking a radically different approach towards retail automation, the aim of which will be to remove goods off vehicles, and vehicles off the road. Magway proposes to do this by building a network of underground pipes containing a magnetised track to propel boxes (totes) of online orders at optimal speeds of around 54 kmph. These boxes will be sent from distribution centres to smaller delivery nodes, handing over to electric cars, cargo bicycles or even drones to complete the ‘last mile’ to people’s homes. An underground delivery system such as this could handle all of the UK’s online grocery deliveries and around 90% of online general merchandise purchases.

Magway has already attracted over £1.5 million in funding earlier this year through a successful crowdfunding project, plus additional grants from Innovate UK, the Government’s technology innovation agency. This has allowed the business to move into a new, larger test facility located in Wembley, north-west London, which houses a fully operational demonstrator loop. This test track demonstrates the full capabilities of the technology. The new site, which also doubles as a marketing/show room suite, has already attracted its first commercial visitors and investors, helping to advance negotiations towards delivering a fully commercialised system to future partners and stakeholders.

Warehouse automation that offers offloading and picking technologies will be fully compatible with Magway’s network. Third-party specialists, such as Ocado, Vecna, Autostore and Amazon, to name a few, are just some of the companies who are advancing systems in this area. 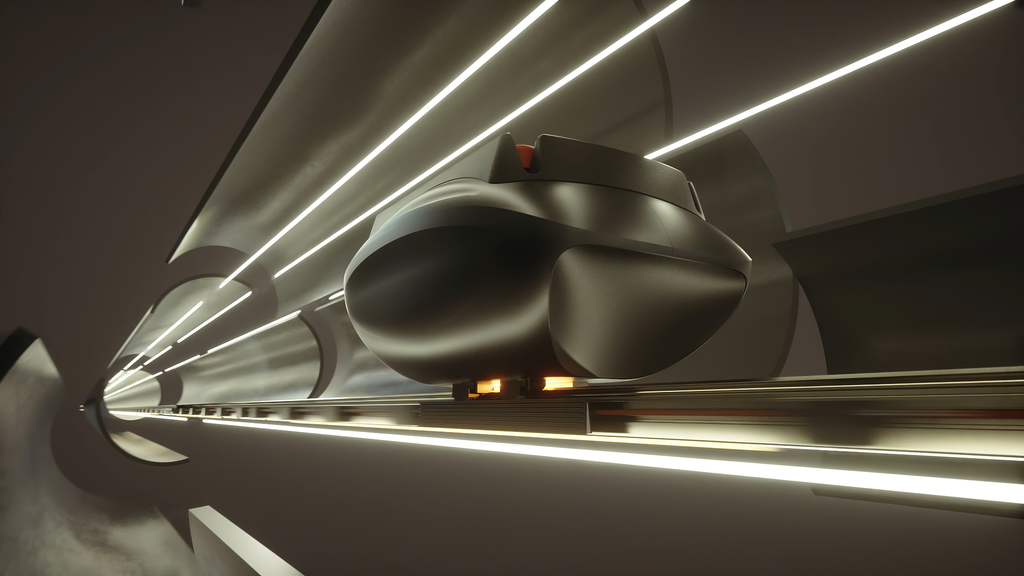 Initially, short delivery routes to alleviate the stress on local freight traffic travelling in and out of major ports or airport hubs for example, could be developed. Following this, construction work will commence around 2023 on the first of its longer routes of up to 100 kms that will ultimately form a network of delivery pipes connecting the UK alongside motorways, A-roads, rail lines and could potentially be integrated with new infrastructure projects such as HS2.

Traditional retail logistics and delivery methods have remained unchanged for over 100 years, but an alternative method that would involve building more sustainable infrastructure to allow goods to be delivered in a safer and more efficient way, while also having a positive impact on the environment does exist. We’re living in a different world; one that has opened up people’s minds to revolutionary concepts and ideas. Now is the time to really think differently, take bold steps and reappraise how we deliver such disruptive technologies in what is becoming a quite different, eComm-centric world.

The people behind Magway

Magway was co-founded by Rupert Cruise and Phill Davies. Rupert is one of the world’s pre-eminent experts in linear motors and has designed linear motor systems for deep level mining, US Navy aircraft carriers, and more recently for Hyperloop. Phill has spent his career in retail and technology, focusing on business development and reverse logistics. He has worked with numerous leading retailers to improve efficiency and value on their returns and clearance goods and processes. 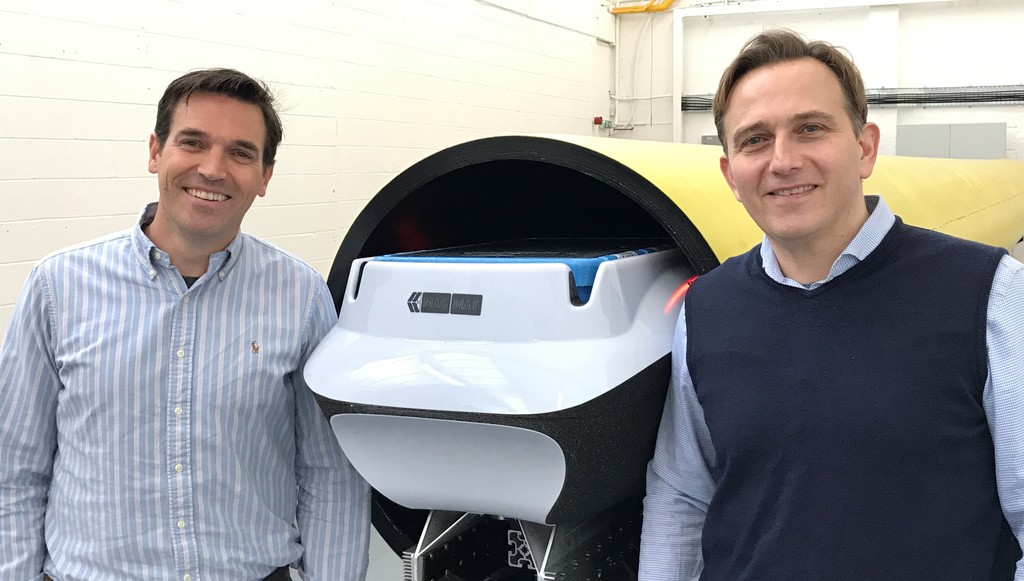