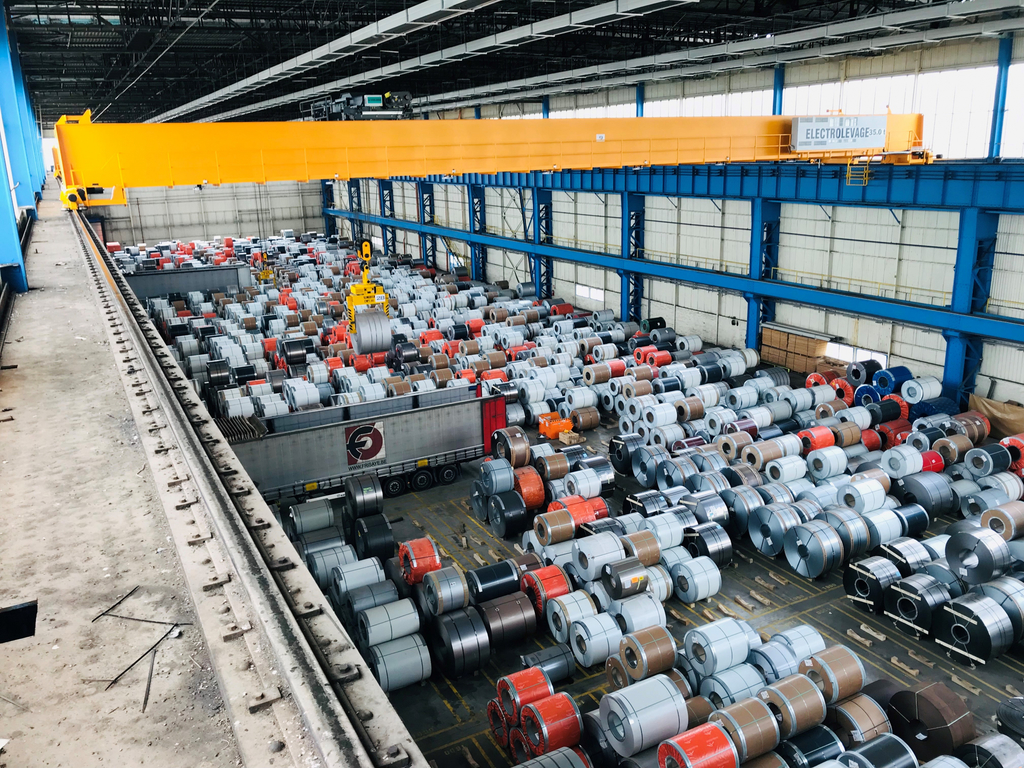 One of Belgium's leading hauliers has fitted out its warehouse with Verlinde overhead cranes and other high capacity equipment designed for an ongoing and intensive steel coil logistics business.

Greg Transports is one of the largest hauliers in Belgium in the steel business, specialising in steel coils for the car making industry in particular. 2015 marked the year the haulier acquired a warehouse offering giving it the opportunity of running its business more smoothly by storing steel coils delivered directly from various Arcelor Mittal Belgium factories by rail or road. It then transports them to end customers. The haulier offloads and loads 60 to 100 wagons together with 300 trailers on average every day.

The haulier had initially chosen overhead cranes whose operational capacities did not meet the load requirements. The company very soon encountered numerous operational difficulties and failures that were not resolved quickly enough by the firm that had installed the equipment. The successive failures became impossible to handle and were incompatible with the developing business activity. Greg Transports therefore decided to call upon the services of Electrolevage to carry out these special operations more rapidly, generally under 24 hours.

"At the start of our collaboration we assured our customer a fast breakdown service both during the week and at the weekend which led, very soon afterwards, to our being consulted for the replacement of the existing cranes," explains M. Dedrij, managing director of Electrolevage. 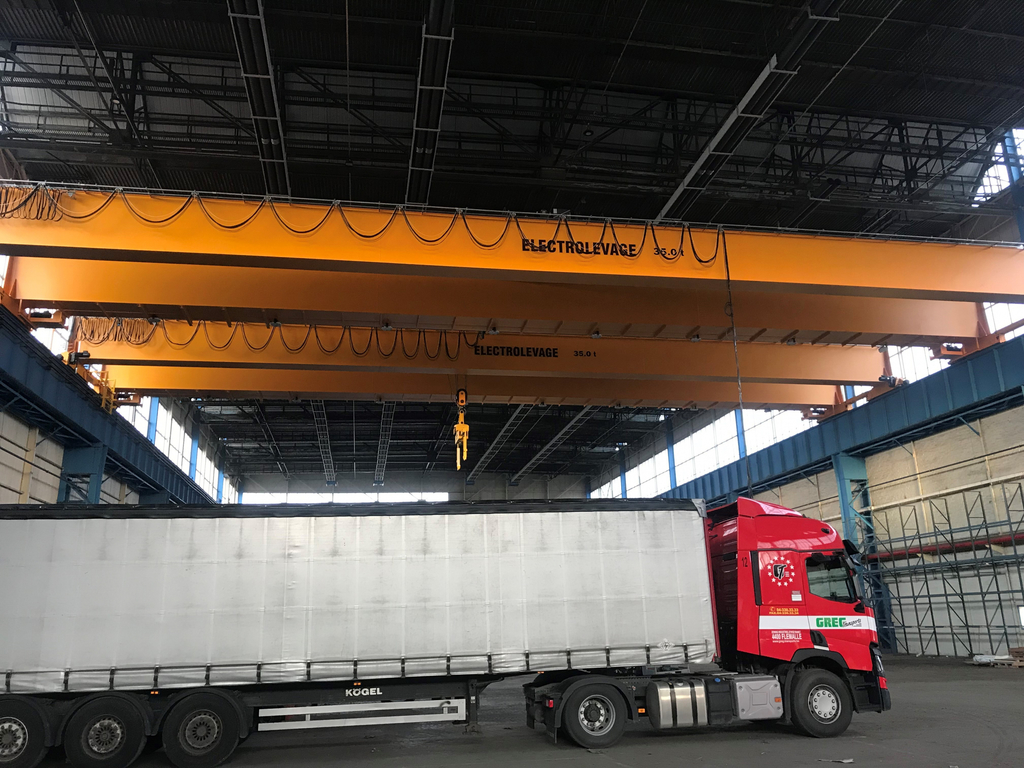 “We have worked for 15 years with Verlinde whose equipment is acknowledged as being reliable and of quality. We first proposed a 35-tonne crane based on Verlinde components in 2017. This was met by the satisfaction of users for its rapidity and reliability. Then orders for 5 other overhead cranes (2 with spans of 40.5 metres) were placed in order to keep abreast of the increase in volumes of coils handled by GregTransports that vary from 250,000 to 300,000 tonnes per month. Storage capacity at the facility is 130,000 tonnes of steel and 25,000 pallets.”

"The overhead cranes in place at Greg Transports before our arrival were then transferred to a less intensive activity. The equipment was of good quality but not designed for the intensive handling of steel coils”, adds Mr Van de Wiele, Verlinde's technical sales agency manager for Belgium, Luxembourg and Switzerland.

“We proposed equipment able to cope with the high handling throughput rate of coils. The Jib crane and end-carriage parts are designed for an M6 working cycle, which means intensive operations at full load and at top speed.”

The Greg Transports warehouse facilities are currently equipped in all with 4 x 35-tonne cranes with a span of 22 metres and 2 x 35-tonne cranes with a span of 40 metres, aligned with the intensive operations required. They all provide high speeds of 63m/min for crossing, 40m/min for travelling and 16m/min for hoisting. They are fitted with variable speed for all movements, radio remote control and LED lighting systems. A swing correction system is also installed as loads are heavy but require significant precautionary measures during manipulation. An impact on a coil could lead to serious consequences.