A heavy duty castor from Blickle has been customised for a driverless transport system. 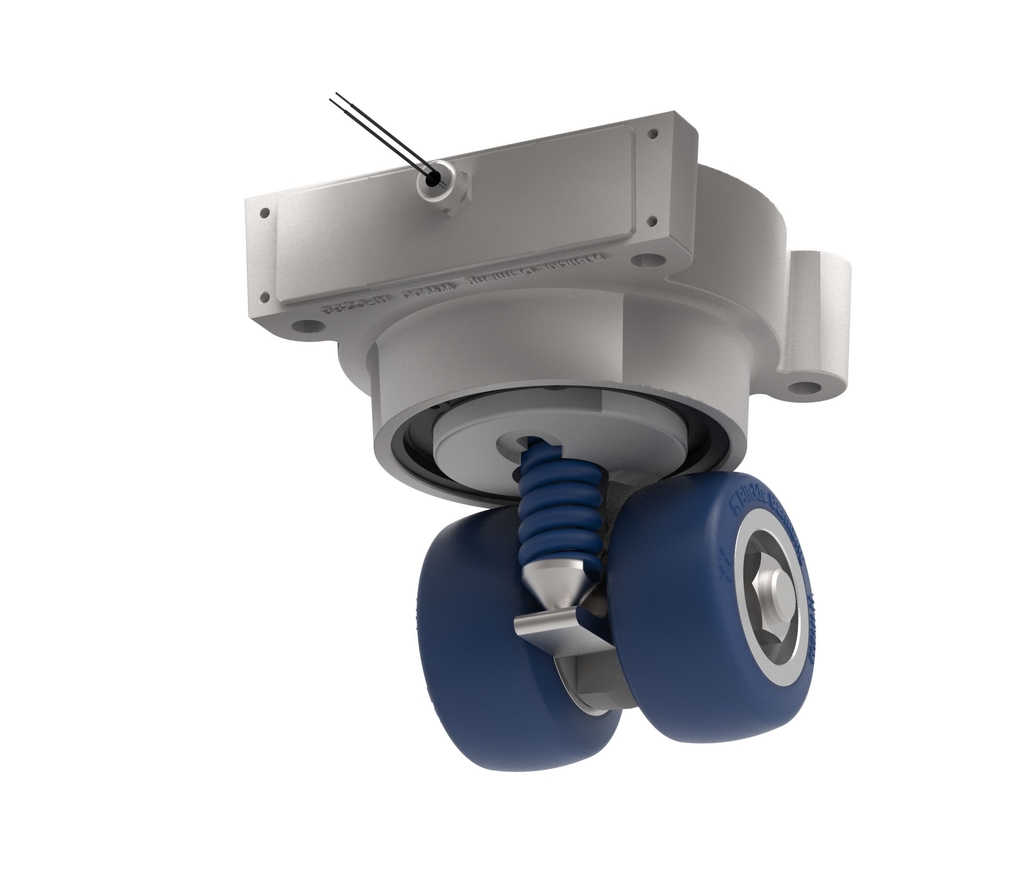 On the search for fitting castors for its new driverless transport system (DTS), a drive specialist chose to rely on Blickle.

The development of a new autonomous, self-organising driverless transport system (DTS) placed special demands on the castors. These were to be equipped with an electromagnetically controlled braking solution. The transport system has a payload of 1,000kg, requiring a load capacity of 500kg per castor. The DTS moves at a speed of one metre per second and can lift containers up to 80mm. The positioning accuracy of +/- two millimetres must be guaranteed. This requires wheels with extremely smooth rolling performance. There was also another design challenge to solve: The ground clearance of the platform is a mere 30cm, meaning a limit to the mounting height of the castor.

In consideration of the clearly defined requirements, the Blickle engineers recognised quickly that a standard product would not be suitable. The experts eventually decided on a special heavy duty twin wheel castor based on type LSD-GBS-82K. They developed a custom version with a low mounting height and large load capacity. The castor consists of a compact  bracket made of robust cast and forged components. The elastic polyurethane tread Blickle Besthane Soft offers good floor preservation and maximum operational comfort, with very low rolling resistance.

Because a typical braking system could not be integrated into the castor, the Blickle specialists developed a new solution consisting of an electromagnetically controlled drum brake utilising the dead man principle. It achieves a holding force of over 1,700 newtons per castor. The system is driven in the low voltage range of 24 volts. The brake is locked without power in its normal condition and is electromagnetically opened before the journey. During operation of the driverless transport system, it provides an emergency braking function with its holding torque of over 40 newton-metres. This ensures high operational safety since the entire system immediately comes to a halt in the event of a power loss.