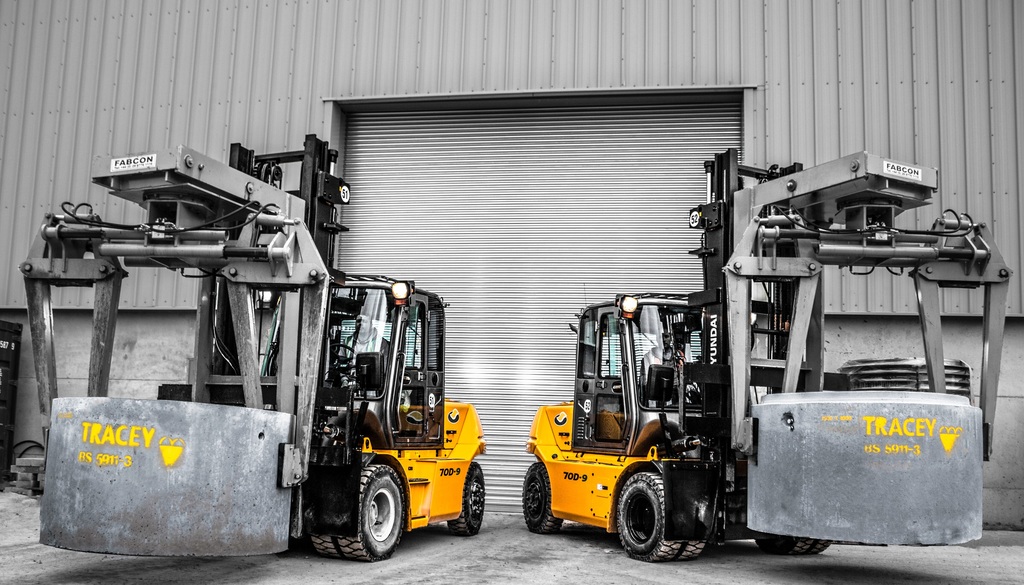 Tracey Concrete is a family owned and run business, which began trading in 1979 as a ready-mix company, and has since grown into one of the largest precast concrete manufacturers in the UK and Ireland. The company specialises in precast drainage, bespoke tunnelling, high level engineering and building products.

The company has an existing fleet of 38 forklifts mostly ranging from 3 tonnes to 5 tonnes and had not considered the Hyundai brand in the past. In the early part of last year Martin McAfee, sales manager, JD Forktrucks, contacted Tracey Concrete to introduce the company to Hyundai and J D Forktrucks. Although the business was not in the market for new trucks at the time, Martin forged a friendship with Tracey Concrete founder, Patsy Tracey and director Anton Tracey.

As the company was expanding and the workload was increasing Tracey were in the market for some larger trucks. Anton Tracey commented: “We were looking for bigger machines and having been in contact with Martin from JD. We knew that Hyundai made a 7-tonne machine. We got in touch and told Martin what we needed - he pitched the Hyundai brand well and highlighted all the features - he also offered a reasonable package.” 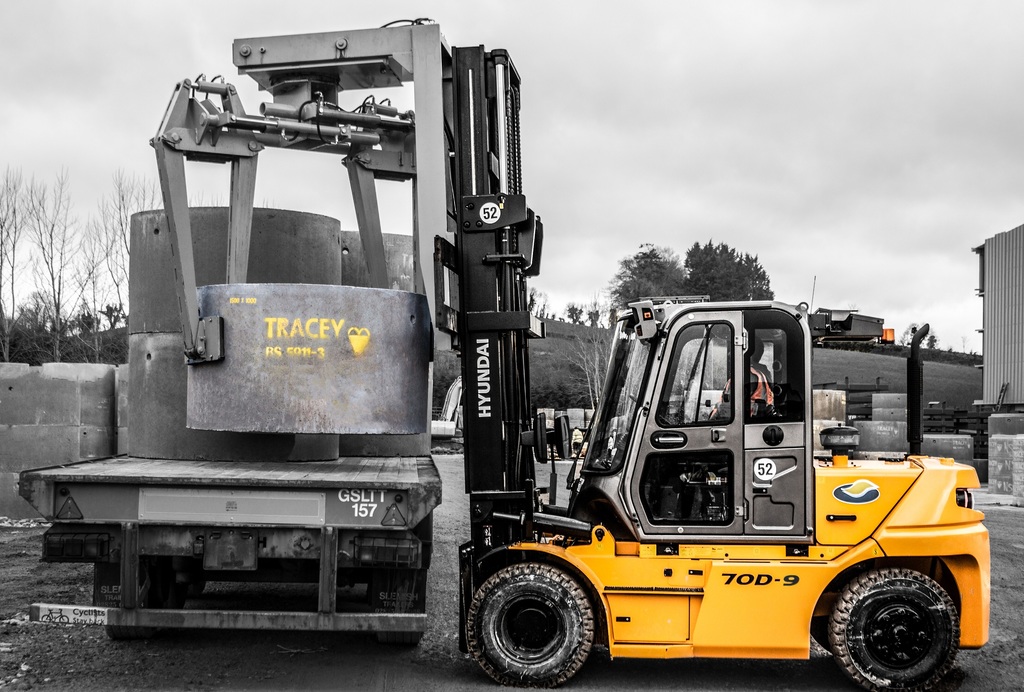 Anton added: “We decided to go ahead with the deal and ordered the Hyundai’s. They arrived in very good time with a fast turn around and were delivered in December last year and although it’s early days we are very happy with the machines so far.”

Both machines are fitted with Fabcon Engineering lifting attachments, which are permanently fixed to the trucks, which allow them to perform their daily duties of shifting and loading heavy Manhole Rings. The forklifts work approximately 10-hour shifts so need to be robust and reliable.

Anton said: “The operators that moved over from our other forklifts onto the new Hyundai’s have said that they like the machines and that there are many advantages on the machines.”

“They particularly like the better visibility the 70D-9 offers and the high spec comfortable cab, which has excellent suspension. They also said that the machines were user friendly and easy to get used to from a control point of view. They are also steady on uneven ground and can handle all-terrains. The operators also like the in-cab entertainment system with bluetooth,” added Anton.