Combilift shipped its 15,000th product for the UK market. 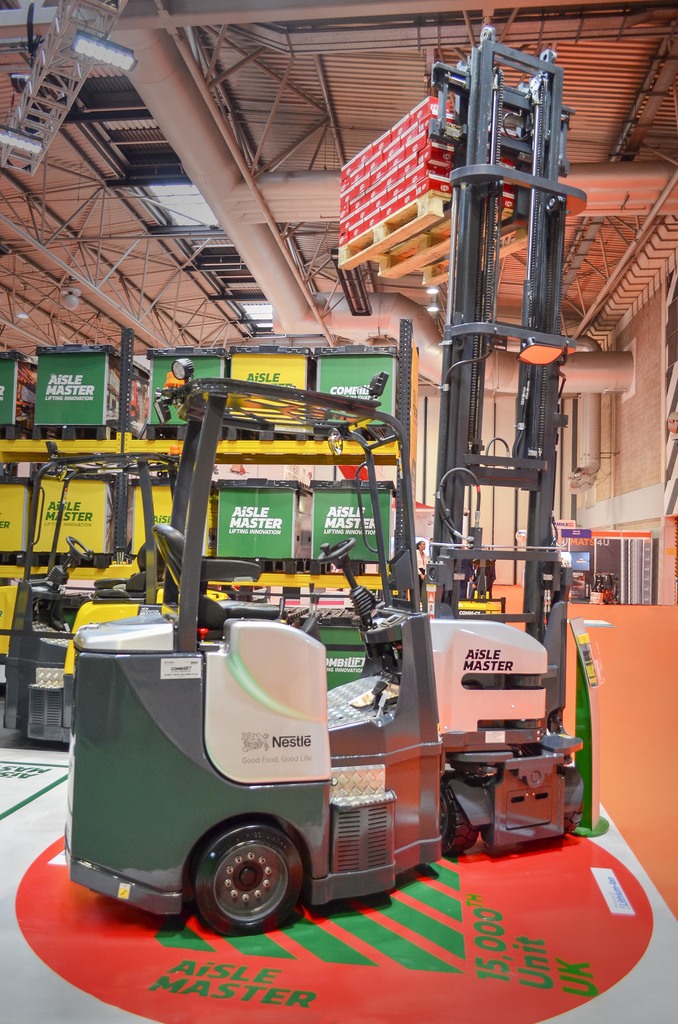 Combilift exhibited the product - an Aisle Master articulated truck, supplied by Combilift dealer Briggs Equipment to its customer Nestlé - on its stand at IMHX.

Around a third of all units manufactured so far by Combilift in Monaghan have been shipped to the UK, confirming CEO and Co-founder Martin McVicar’s assertion that this country has always been, still is and will remain the most important market for Combilift among the 85 countries to which it exports.

IMHX saw a number of key announcements from Combilift.

Martin McVicar said: “We launched the pedestrian range six years ago and over the next five years, it is likely to be our biggest growth area.

“There will be at least two new pedestrian ranges to come in 2020. And there will be more new products in other areas.”

He added: “We now have four pedestrian models in the range and this is driven by safety. The demand from many customers has been to remove ride-on forklifts from the warehouse.”

The new 2020 production model of 15NE (Narrow Electric) Aisle Master with 1,500kg capacity also made its debut at IMHX.

The model has an in-line drive axle so that it can operate more efficiently in small aisles, enabling aisle widths to be shrunk to a minimum. It is said to be the smallest articulated narrow aisle truck on the market.

The manufacturer also revealed enhanced power options for its trucks.

The first ever Combilift launched in 1998 – the C4000 – is now in its fourth generation and incorporates a Deutz diesel engine.

Combilift continues to add to its range of electric models and this is reflected in the number of electric powered exhibited on its stand at this year’s IMHX. Following its launch at the German LogiMAT show in March, UK visitors saw the C8000 ET – an 8,000kg capacity electric powered multidirectional forklift.

The Combilift Container Slip-Sheet (Combi-CSS) is designed for quicker, more efficient and safer mechanised loading of products (particularly long ones) into containers. The product attracted a lot of attention on the outside stand in front of Hall 17 at IMHX.