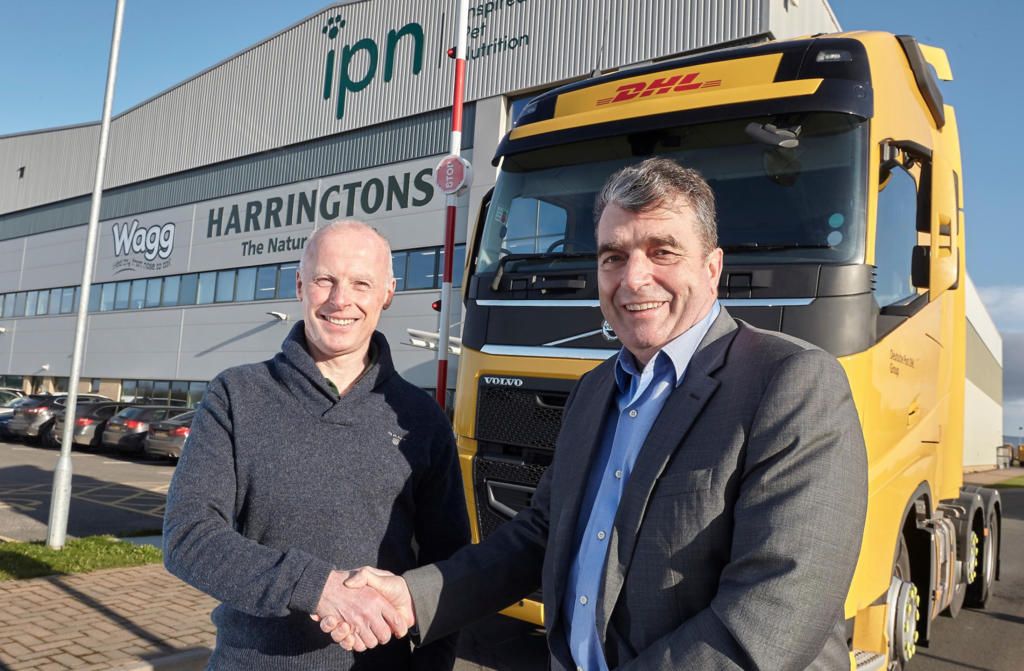 The contract will be delivered through the DHL Consumer Network, part of the DHL Network Logistics and Transport business. The Consumer Network is a national network of shared user warehouse and transport services to FMCG companies. Typically referred to as ‘primary distribution’, the DHL teams work to consolidate loads from customers into the major retailers throughout the UK and Ireland, lowering road miles, CO2 and empty running. For customers this means lower costs and significant operational efficiencies as a result of the collaboration opportunities.

Originally appointed in 2019, the contract builds on DHL’s existing relationship with IPN. It includes managing the movement of 220,000 pallets annually to major UK retailers, as well as shunting activity at IPN’s site in Thirsk, which will operate over two shift patterns, five days a week.

David Proctor, IPN Group operations director, said: “The DHL team has already shown a ‘Can Do’, flexible attitude and approach. The tender and transition period were both managed extremely well and the level of service since launch has been strong. We are also benefiting from the scale and experience of the wider DHL organisation.”

Ian Clough, managing director Network Logistics and Transport at DHL Supply Chain added: “Our five-year contract extension represents a great vote of confidence in our offering and we’re thrilled to be building on the great work we’ve already been doing with IPN by bringing them into the DHL Consumer Network.”

The Consumer Network allows businesses to access a warehousing and distribution network that they might otherwise not be able to, bringing significant cost and efficiency savings. It also means consolidated loads and lower road miles, reducing emissions and overall environmental impact.