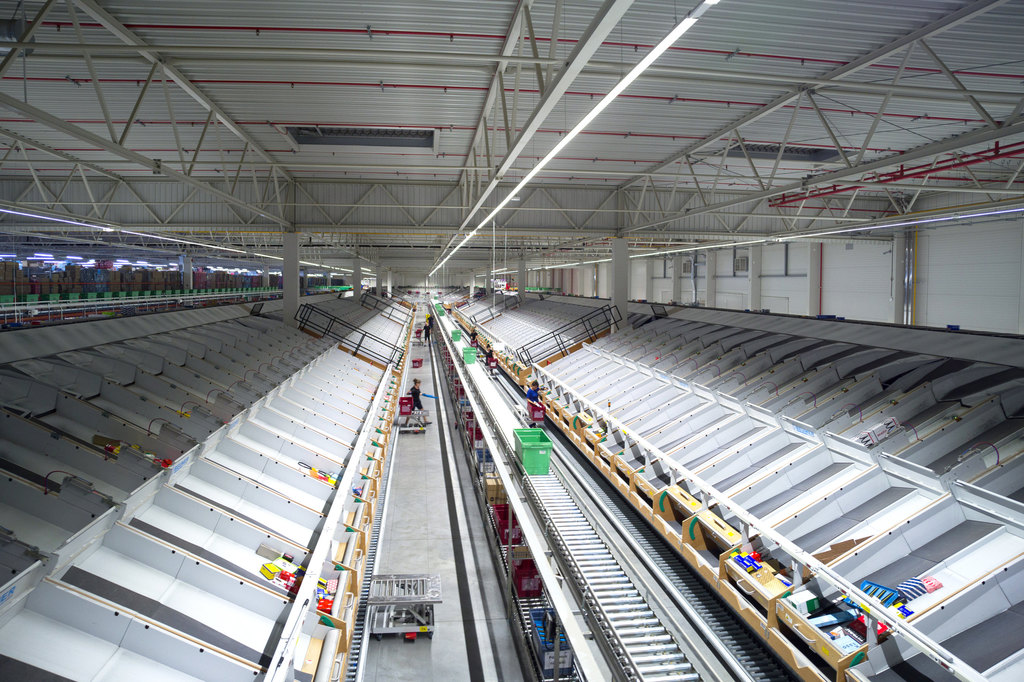 This system controls the complete material flow from inbound to outbound in real time: picking, packaging and shipment are coordinated, throughput is optimised and costs are reduced. The products reach the right place in the desired time within the distribution centre.

As a system integrator, Beumer designed and installed the entire conveyor, picking and sorting technology, and also installed its flexible WCS to integrate and control the material flows including inbound, quality assurance, picking and shipping.

The WCS controls the packing sorter and the shipping sorter as well as the pick-to-light system in the inbound area, coordinates the automatic supply and application of the shipping labels and supports the routing of the individual items on the conveyor lines.

The new European Logistics Centre currently stores around 7 million pieces like spark plugs, brake disks, V-belts, batteries, but also more bulky parts, like exhausts and hoods. The complex is comprised of four buildings, the largest one with 30,000 sq m, ten metres in height. It is equipped with a four-story shelving rack. The other warehouses have a surface of 5,000 square metres each. They store tyres and hazardous material, such as oils and varnishes, that must be kept separate for reasons of fire safety.

The employees use their hand-held scanner, where the company's warehouse management system indicates which goods have to be commissioned in batches. The products are divided into different clusters, similar to clothing sizes into S, M, XL and XXL, depending on dimension and weight. The totes filled with S and M parts are placed on a roller conveyor which forwards them automatically to the packing sorter, the Beumer BS7 Belt Tray Sorter. This system achieves a throughput of approximately 14,000 parts per hour. With presorting, it manages a throughput of approx. 27,500. Depending on the content, the WCS also distributes the incoming totes to one of three induction areas where the employees take the items out of the tote, identify them using matrix camera and place them on the sorter.

In order to ensure a gentle handling of the goods and prevent packaging from getting damaged, the engineers of Beumer Group have divided the destinations of the packing sorter in two parts. If the spare part weighs up to 1.4 kilogram, the WCS classifies it as "light", up to six kilogram as "heavy". According to this classification, the software assigns the goods to the left or to the right side of the destination when picking the order, enabling the employee to place the heavy goods in the tote or the cardboard box first, then the light ones.

The XL goods from the main storage however are so large that only one item fits in one totes. Therefore the WCS does not forward them to the packing sorter but directly to the consolidation area via the roller conveyors. Together with the goods from the other buildings, such as tyres and hazardous materials, as well as the products coming from the packing sorter, the orders are combined into shipping units. These are weighed in the Quality Assurance and compared with the target weight, closed, labelled and then strapped. Now, the WCS guides them over the roller conveyors to the connected shipping sorter that distributes the consolidated orders according to delivery routes at a capacity of 2,500 totes per hour.

Besides the modules which control the material flow, Beumer's own BG Fusion tool is also in use. This visual display system offers the user a web-enabled user interface for configuration, control and reporting.