Warehouse storage space was becoming a real problem with growth in worldwide sales for SNG Barratt and an extremely busy manufacturing department which had reached capacity. 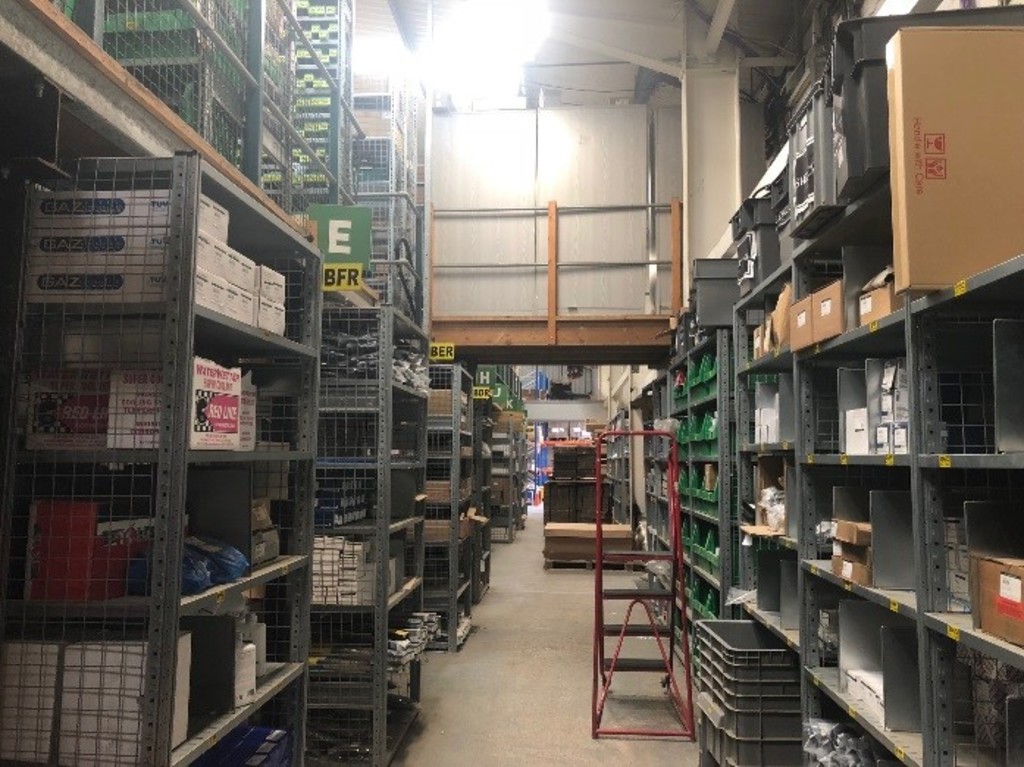 They looked to move premises, but the associated costs and the business interruption was not cost effective. They needed to improve productivity to the 2,300 lines and 400 daily orders. Schaefer racking was used extensively throughout their warehouse but they wanted to improve the way they stored and retrieved their parts and automation was the way forward. 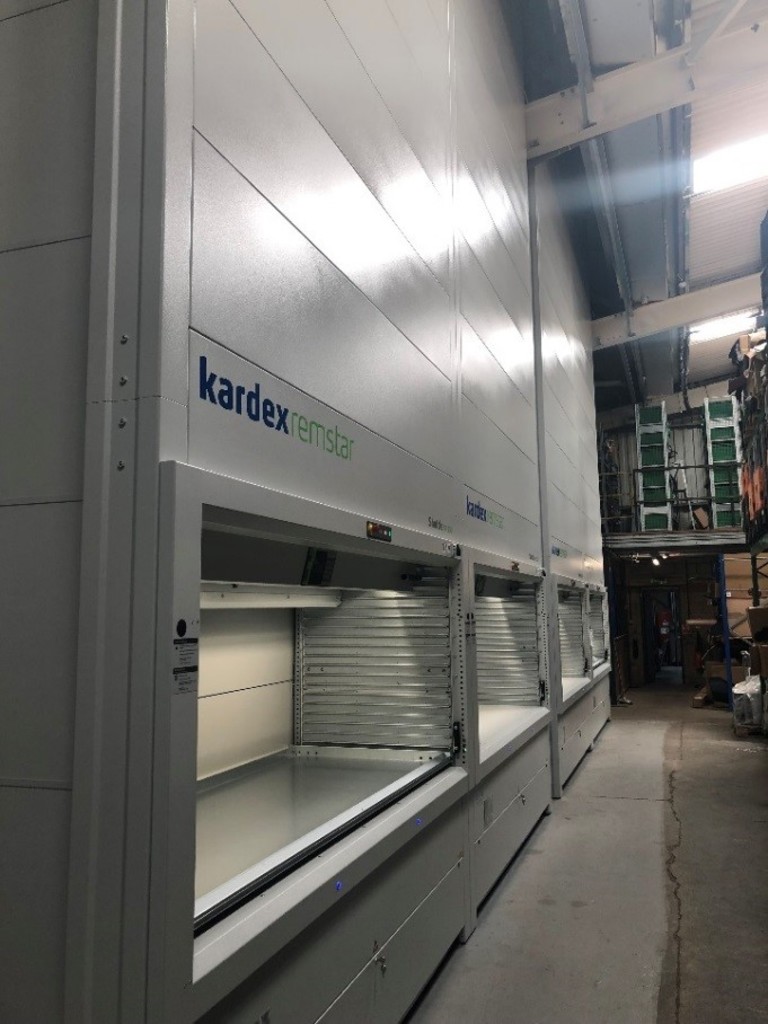 So with a need to increase space they came up with a clever idea of building storage into their ceiling. They took away part of the roof and refurbished with an upward extension which gave them an extra couple of metres to store their stock.

They are also going to develop an area on their site that is under-utilised, allowing for greater space within the manufacturing plant.

With aggressive expansion plans going forward, SNG Barratt wanted more than just a supplier. They wanted a partner who would work with them to make this vision a reality. They turned to industry-leader Kardex who were able to look at the plans and demonstrate how best to optimise the storage and picking processes required for the management of continued growth.

Kardex recommended 9 x 7.950 metre high shuttle XP250s that would fit and fill the new height increase from the roof refurbishment, thus optimising every inch of available space to house the stock and spare parts.

This enabled SNG Barratt to remove the shelves of racking, reducing used space by 70%. The shuttles use a dual-tray system which increases the speed of picking by 99% and the product to person method makes it very easy to locate parts and ship to customers with minimum wait time.

70% of their entire stock will be stored within the Kardex machines with the other 30% volume stored on pallets and other areas for larger slow moving items.

The added security features offered by the shuttles deliver peace of mind on some of the more valuable parts stored, as SNG Barratt work to the 5s standard.

The Shuttle’s design enables the storage of a broad range of new and older model parts which means distribution is much faster. They have an internal bespoke management system that integrates with Kardex PPG materials handling software, offering a seamless integration for managing the internal process of all stock movements.

The ability to reassign staff was high on the agenda, as traditionally the costs associated with manual storage and retrieval were high. The 30 staff can now work in multiple areas, increasing overall productivity.

SNG Barratt is the world’s largest independent supplier and manufacturer of parts and accessories for Jaguar Cars.

For more than 30 years SNG Barratt has been trusted and valued by Jaguar owners all over the world. Whether a classic saloon, restoration project or a modern family car – they have an unrivalled range of parts spanning vehicles from year 1949 through to current models. Due to growth in production they needed more space for storage within their warehouse and their manufacturing stores.

What makes SNG Barratt unique is the in-house skills of their manufacturing team on all Jaguar cars. They produce thousands of parts that are no longer available anywhere else, safeguarding the future of many historically important vehicles. They own Sovy, the original equipment manufacturer for Jaguar and other British marques. They have plants in the UK, USA, Holland & France which gives their customers easy access to 100,000 parts for any Jaguar Vehicle. 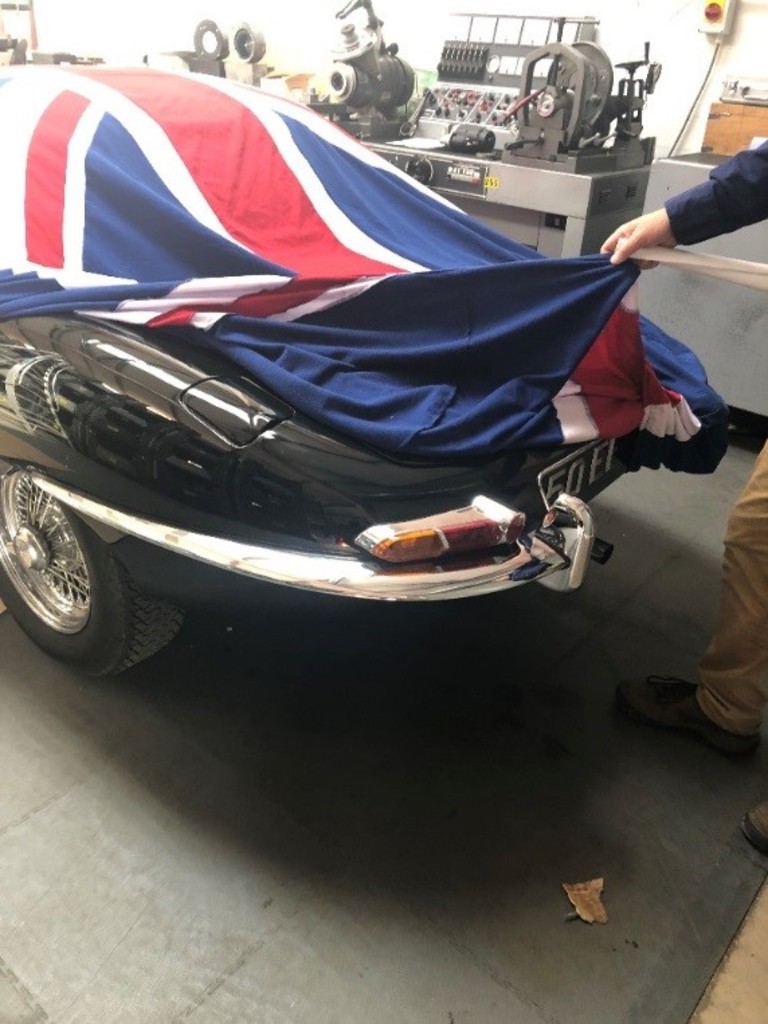