Robotic handling has been added as steel bar and tube storage systems were upgraded. 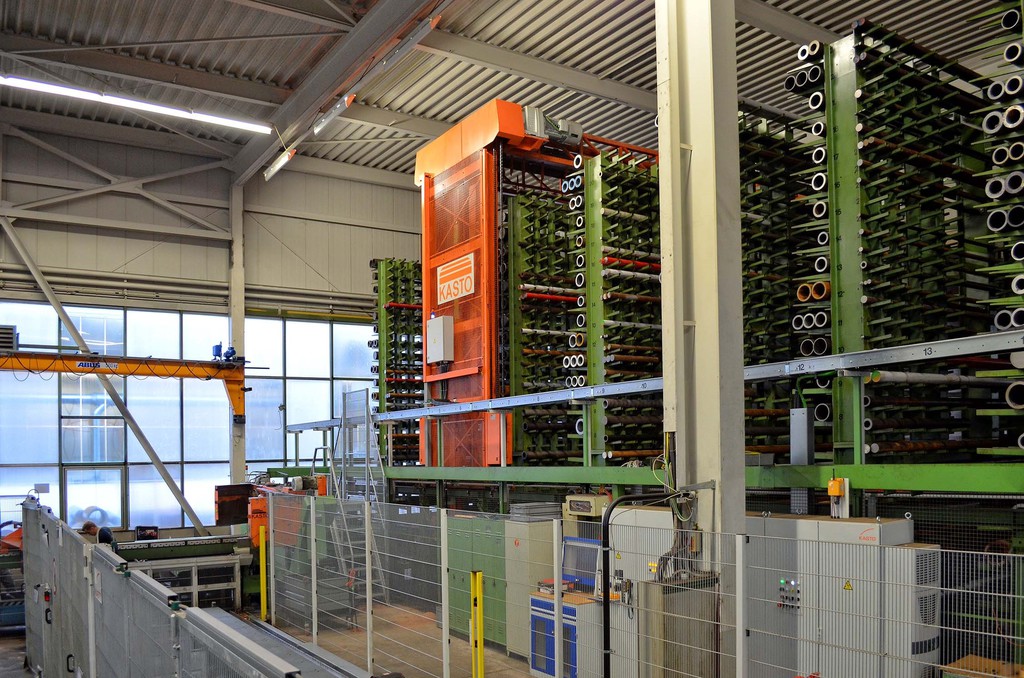 Since 1993, storage and sawing technology from Kasto has served hydraulic equipment manufacturer Liebherr-Components. To meet increasing demand, the company decided to modernise and expand its production systems. Kasto was commissioned to upgrade the existing storage system for steel bar and tube as well as one of a pair of bandsaws and equip it with customised robotic handling. 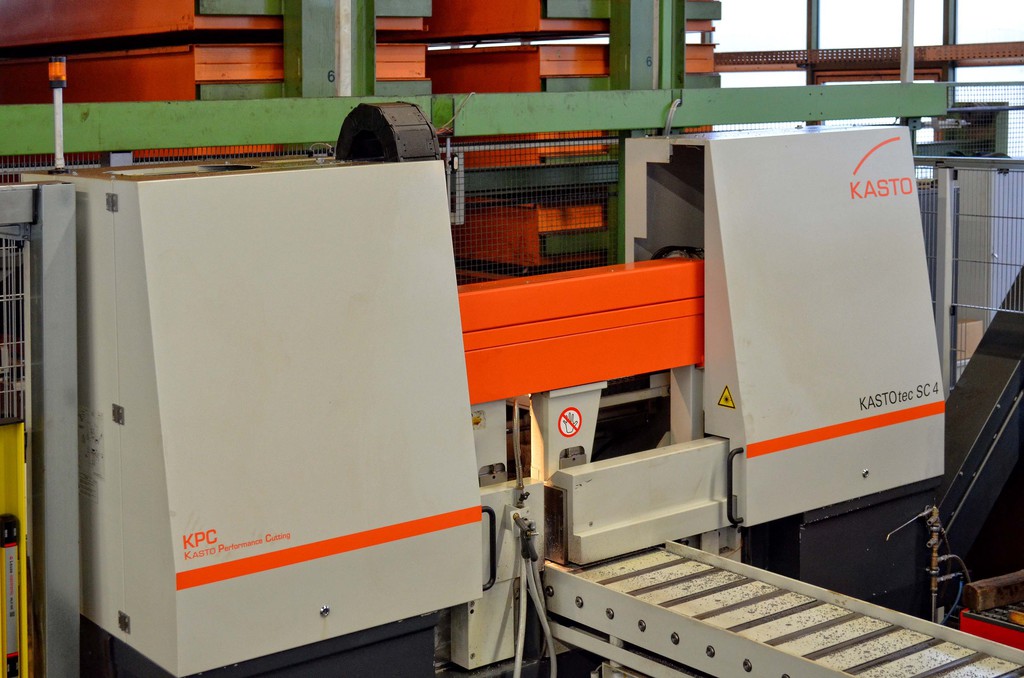 “We have granted this saw a well-deserved retirement, as in 2016 we modernised our sawing technology and increased cutting capacity to 430mm diameter with the addition of a KASTOtec SC 4 bandsaw, which is particularly effective at processing difficult-to-cut materials.

The bar storage system and KASTOhba bandsaw were in good mechanical working condition, but the drives, measuring systems, controls and cabling needed modernising. Kasto offered a turnkey package to update them as an economical alternative to replacing these two pieces of capital plant and at the same time bring safety features up to current standards.

Furthermore, Liebherr-Components together with Kasto developed a custom-made solution to automate the handling of cut pieces with an industrial robot moving between the two saws on a linear track. The robot is equipped with several exchangeable magnetic grippers able to pick-up various cut lengths weighing up to 350kg from the sawing machines. 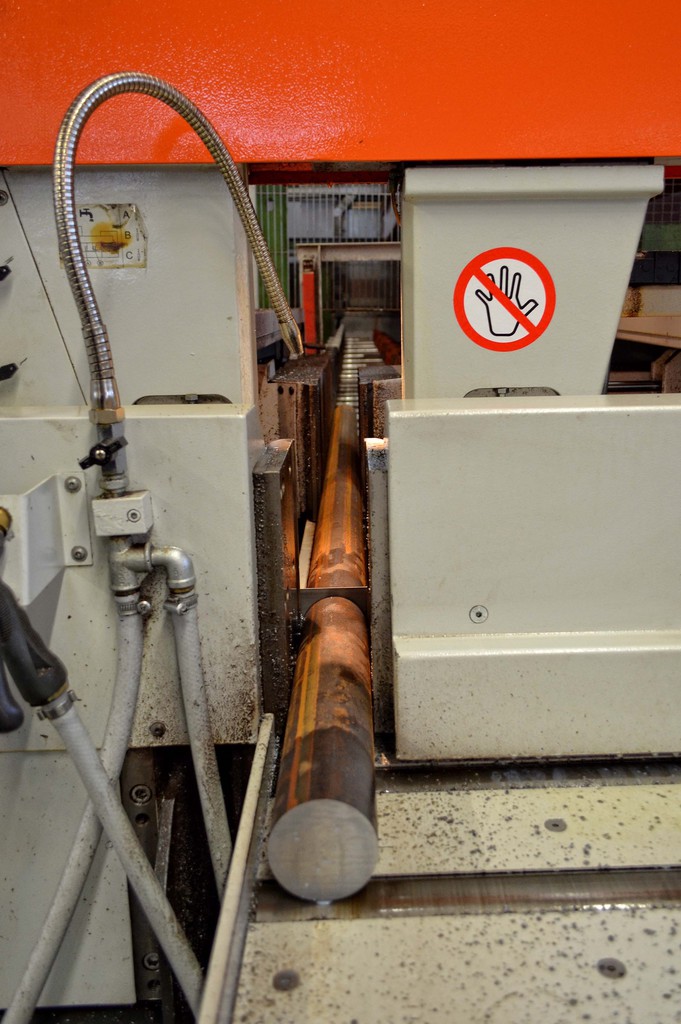 Along the linear axis there are 18 storage locations for pallets and containers, the position of each being stored in the robot's control system. The cut pieces are finally transported to elsewhere within the factory by lift truck for further processing.

Lützel adds: “It was a major advantage having a single partner undertake all this work, as it made communication easy and avoided having to coordinate the activities of different suppliers.

“This was especially important as we had to carry out the work while the factory continued operating, without introducing too much disruption. Thanks to excellent organisation by Kasto, everything ran smoothly.” 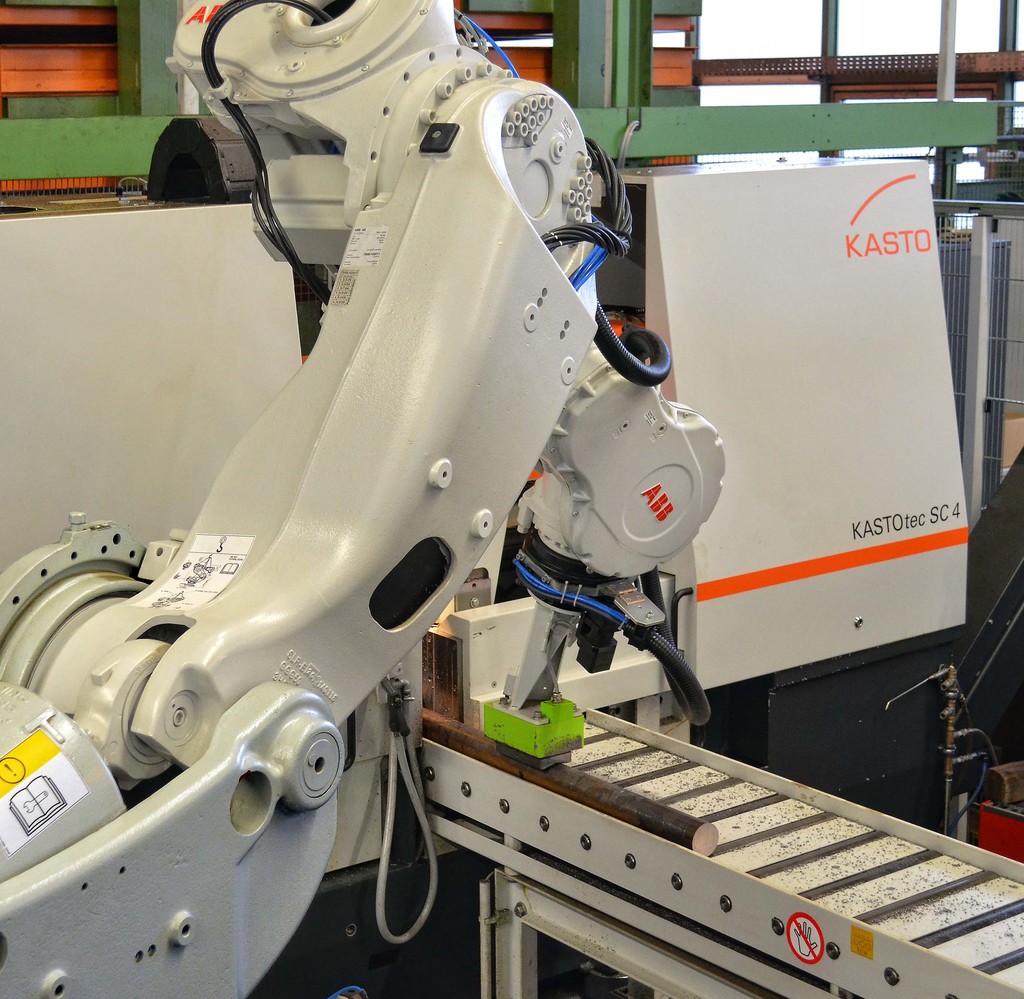 The benefits to production within the Kirchdorf factory are evident. One improvement is a lowering of the noise level in the working environment, as the robot places cut pieces quietly in their designated location. He added that for the same reason, chrome plated material remains undamaged after it is sawed.

Further improvements include an ability to undertake material cuts up to three metres in length, higher quality of cut than previously, shorter processing times, minimisation of waste and a significant increase in production efficiency.

An operator simply enters a cutting order at the control, whereupon the operating gantry crane of the storage system automatically transfers the required bar to one of the two saws, where the material is cut and the pieces handles and sorted, again without manual intervention. It is not only a safe operating environment but also one in which long periods of unattended production are possible.

Since it has been in operation, the system has run reliably without any noteworthy disruptions and with high availability, according to Mr Lützel. He also observed that if any problems do arise, the equipment can be monitored remotely via their modern control systems by engineers at Kasto's headquarters in Achern. 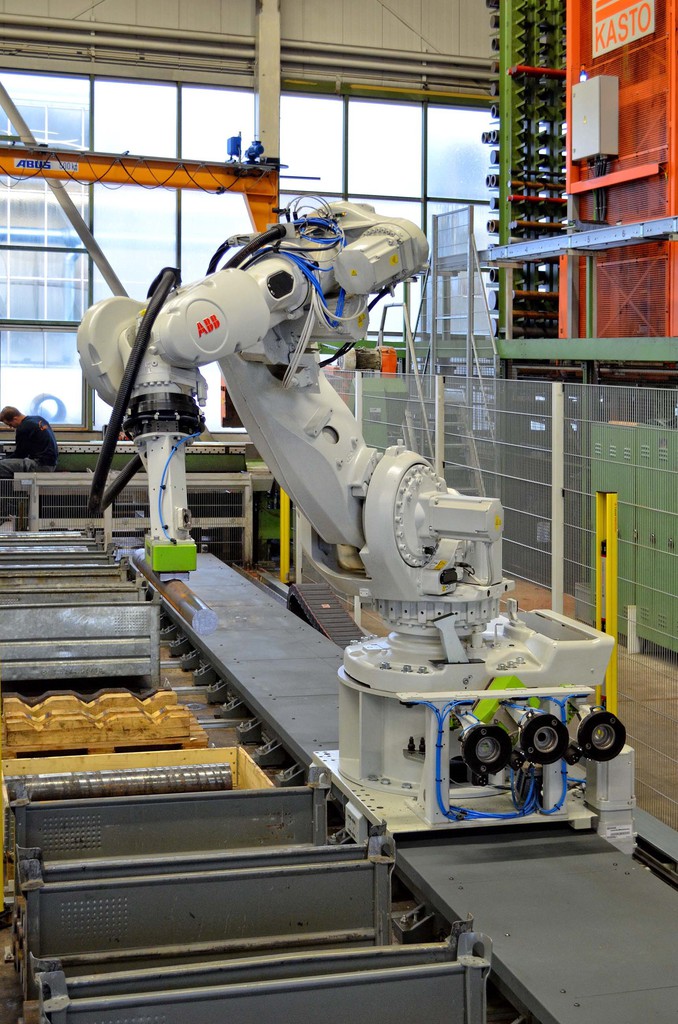