THE GERMANY-based robotics company Magazino has won technology group ZF as a customer for a pilot project with the SOTO robot. 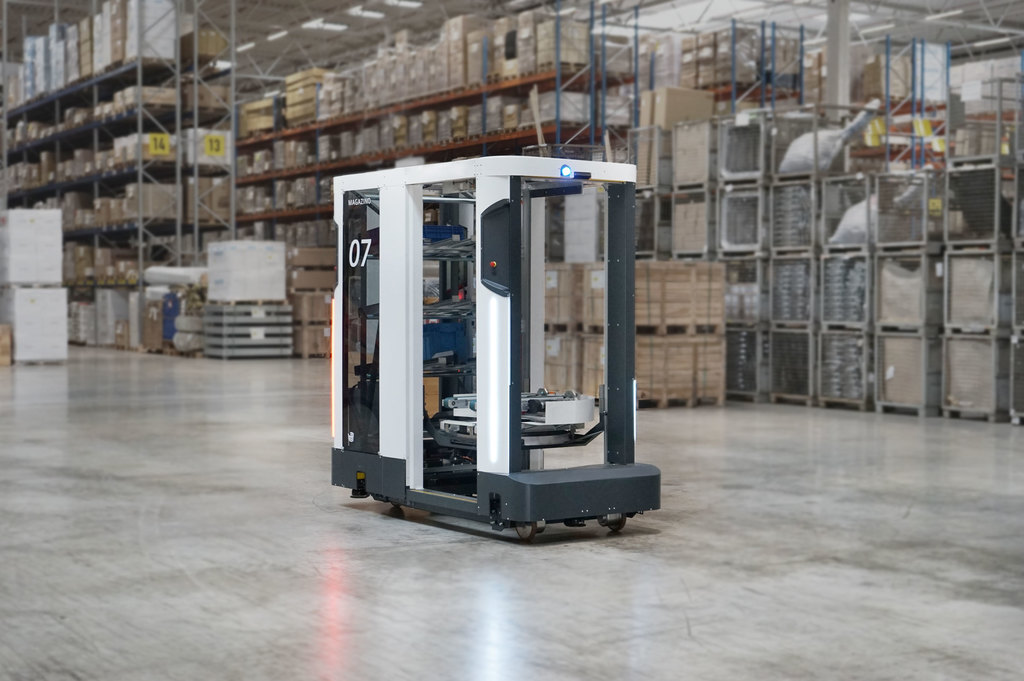 The mobile robot SOTO automates material supply between the warehouse and the assembly line and transports small load carriers (KLT) completely autonomously. The pilot project started at the Friedrichshafen site in the transmission assembly for commercial vehicles and offers both sides the opportunity to gain experience with the robot for live operation.

ZF and Magazino have already had a close development partnership in recent years. Among other things, the prototype of the robot and the gripping mechanism for different small load carriers (KLT) were tested. The pilot project started in September 2021 and is designed to run for about one year. During this period, a pre-series model of the robot will be used in several presence phases in the production environment in Friedrichshafen.

Dr. Hermann Becker, head of production at ZF in Friedrichshafen, says: “ZF sees mobile robots such as SOTO as an elementary element for fully automating logistics processes in production, supporting employees and reducing costs. The goals of the pilot project are: both sides gain experience for later live operation, ZF can contribute its own requirements to the development, Magazino can further optimise the robot and make its processes more robust.”

Markus Ruder, the responsible project manager at Magazino, describes the target process as follows: "The SOTO robot takes over the transport of an average of more than 10 KLT with material from the automated warehouse to the assembly line. There, the robot transfers the KLT to flow racks. At the same time, the robot also handles the return transport of empties. The VDA KLT can weigh up to 20 kilograms and have a footprint of up to 600 x 400 millimeters. Cameras and sensors allow safe operation alongside humans - the cameras are also used to identify the correct pick-up and delivery shelves via Data Matrix Codes."

It is the first time the VDA 5050 interface will be implemented on a robot system from Magazino. The cross-industry interface primarily helps with higher-level traffic control on the factory floor. The SOTO robot will eventually operate in a very busy work environment. Numerous other traffic participants such as forklifts, industrial trucks, AGVs and tugger trains share the traffic routes with SOTO - so it is always important to keep an overview.

While assembly lines in the manufacturing industry are highly automated today, the supply of replenishments predominantly still takes place manually. Previous solutions such as tugger trains or simple automated guided vehicles (AGVs) do not fully automate the process, as manual labour is required again in each case during loading or unloading.

The SOTO robot combines these elementary process steps in a single, fully autonomous solution: picking up KLT of different sizes, autonomously transporting several KLT from source to sink, and delivering them to flow racks at different heights. Picking up empties and rotating KLT 90° to 180° are also among its capabilities. The combination of these capabilities clearly sets the SOTO robot apart from the market environment and, for the first time, enables true end-to-end automation in material supply.