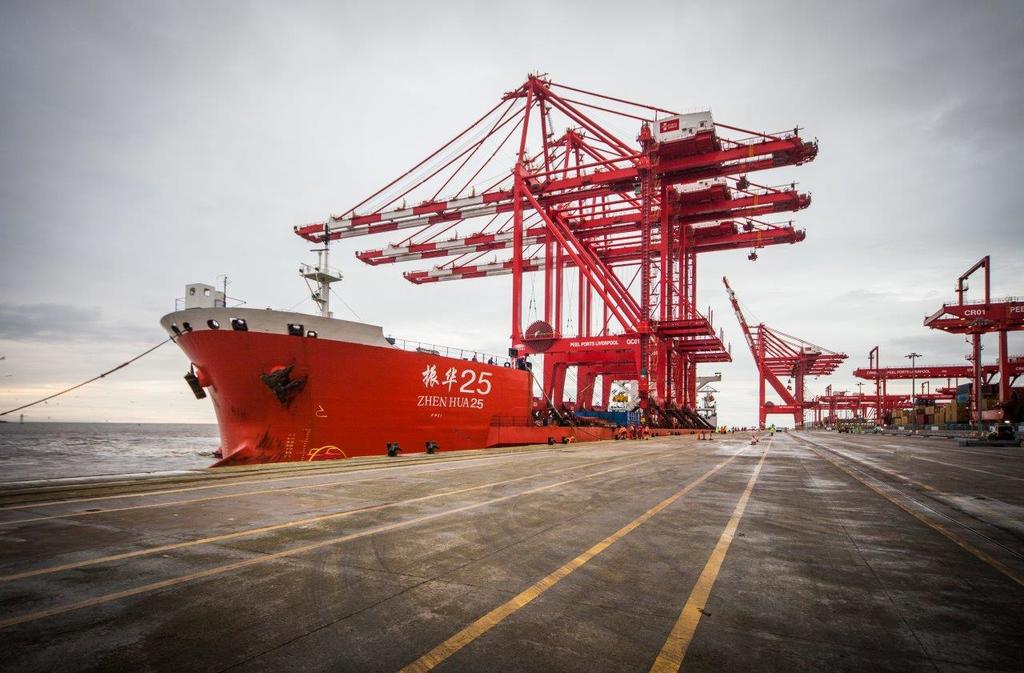 The company’s ships agency managed and coordinated the safe arrival and departure of the ZH25 transporter vessel.

The vessel carrying the giant cranes set off from Shanghai on September 15 passing south-east Asia, India, the Arabian Peninsula and Africa via the Cape of Good Hope en-route to Liverpool in a journey of over 30,000km.

The super-structures were produced by Chinese company, Zhenhua Heavy Industries Co (ZPMC), the largest heavy-duty equipment manufacturer in the world, as part of a contract with Peel Ports worth more than £100m.

Each crane measures 92 metres high to the top of the frame, approximately the same as Liverpool’s iconic Liver building, and 132 metres high when the boom is raised. Each crane weighs around 1600 tonnes.

The megamax cranes can operate at speeds more than 30 moves per hour and facilitate 1,500 moves in each tidal window. They are capable of twin-pick and outreach of 24 containers up to 10 high on deck, and safe working loads of up to 85 tonnes.