A construction machinery dealer has replaced its existing pallet warehouse with a mobile racking system. 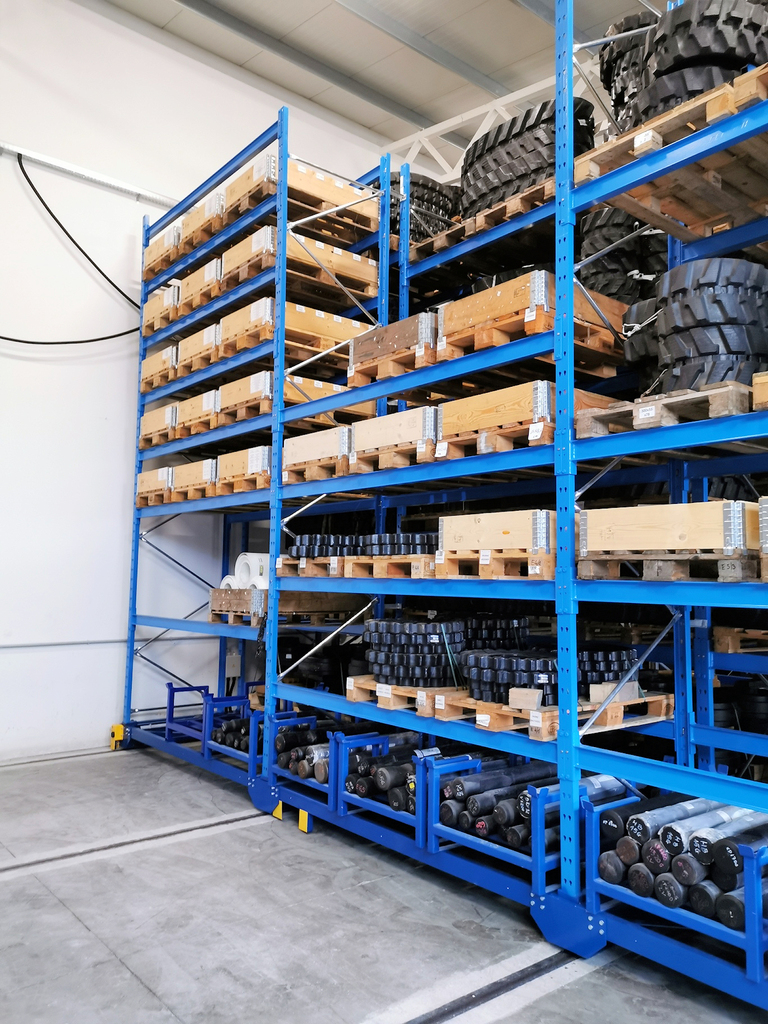 Hungarian firm Ketten Gép modernised its spare parts warehouse with a solution from OHRA. The existing pallet racks were reused and OHRA pallet racking added and assembled on to three mobile trollies. Each of these mobile trollies carries up to 108 tons. It took OHRA less than a month to complete the conversion - starting from the dismantling of the old racking to the new commissioning.

The old, pallet racks, which had been installed by third party manufacturers, were assembled on to mobile trollies and OHRA pallet racks were added. At Ketten Gép, the 8.6 metre long mobile trollies run on four tracks. When accessing a storage compartment, only the aisle required is opened – with a width of 3.5 metres the sideloader used by Ketten Gép can easily load or unload the goods. This results in a high level of use of space which is a great plus for the available storage capacity.

With a compartment load of 3 tons across five storage levels, the 5.5 metre high racks move at a speed of up to 4.8 metres per minute.