Replacing the manual turntable-style potato case loading system at Morrisons’ Rushden depot with two Brillopak PakStations has made the job more manageable and ergonomic for the team members performing this repetitive end-of-line task. 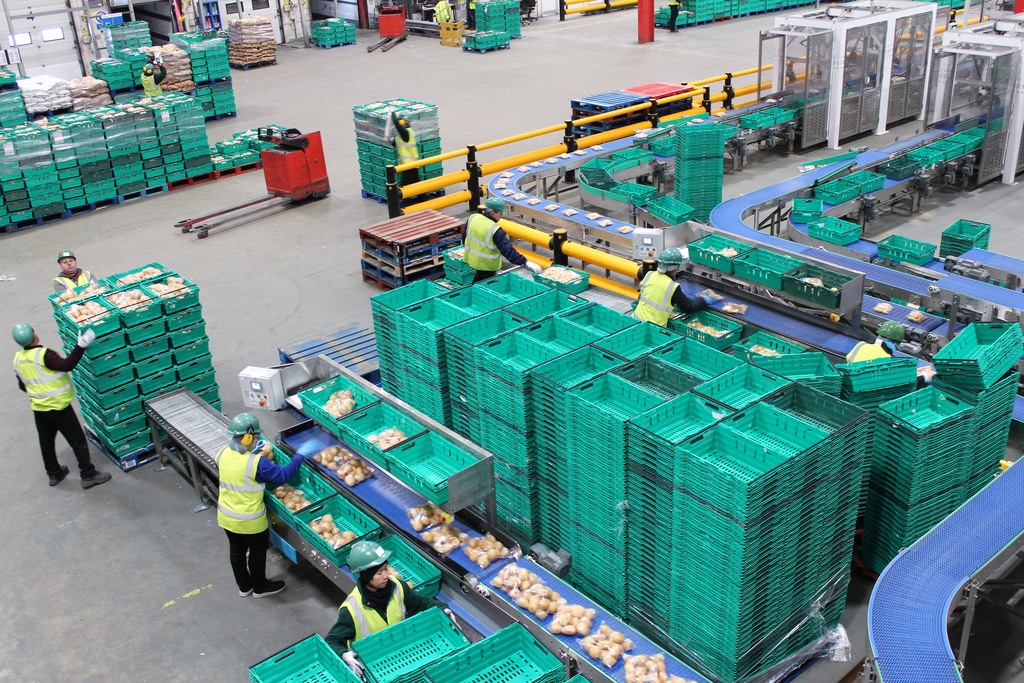 From the outset, the Rushden team was resolute that the turntable had to go.

“It wasn’t right for the 66 million kilos of potato packs that are processed by the depot annually, or our people that had to bend, twist and turn to maintain a consistent packing pace,” says site manager Andy Day.

Protecting workforce welfare by reducing the duration people work on a specific task, coupled with enhancing comfort during the pick and pack process were among the key catalysts for introducing semi-automated packing.

Andy estimates that the site’s reliance on agency staff has reduced by around 40%. He believes that some of this could be attributed to fewer staff absences as a result of the more ergonomic system.

To improve how packs were presented to the manual packers and consequently presentation within the retail crates, the Rushton team worked collaboratively with Brillopak to engineer two modified PakStations. A hybrid version of five apple PakStations installed by Morrisons at the Thrapston depot several years ago, Rushden’s modified design guarantees pack orientation to the workforce that collate the trays. Rather than clusters, packs come through in single file. This helps to guarantee consistent presentation of packs within the trays.

The lines, which are located in a busy warehouse, adjacent to the robotic installation, has also helped the team to introduce clear work zones, further reducing trip hazards.