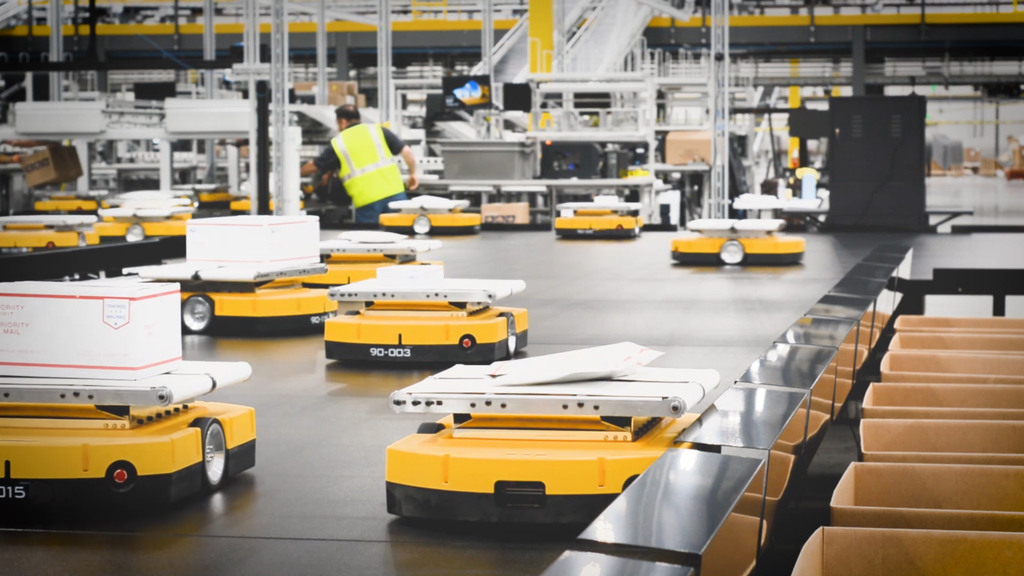 Cross-belt robots with a capacity of 30kg have been deployed at the facilities, which are strategically located to process parcels destined for the major Japanese cities as well as other countries across the Asia region.

LiBiao’s ‘Mini Yellow’ range has been specifically developed as a cost-efficient and flexible alternative to the high CapEx fixed tilt-tray and cross-belt conveyor-based sortation systems that have traditionally been used within many busy parcel and e-commerce operations.

Yamato was able to minimise its investment costs by using LiBiao’s Robots as a Service finance solution which allows ‘Mini Yellow’ units to be leased for a pre-agreed monthly fee.

Said to be more compact than other AMRs currently on the market, which means they require less space within which to perform, ‘Mini Yellow’ robots are quick and easy to install and demand minimal maintenance. The robots operate on a raised platform which is straightforward to construct and, if required, can be simply extended to accommodate more robot units to bring future-proof flexibility to Yamato’s business.