Combilift has launched the Combi-XLE - an electric powered multidirectional forklift with up to 5-ton lift capacity. 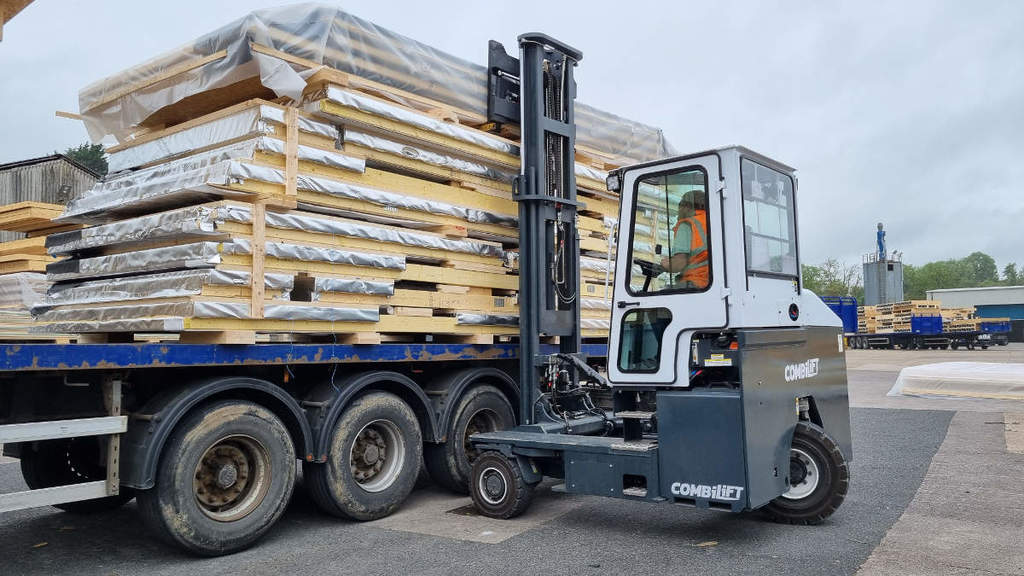 THE FORKLIFT combines emission-free operation with powerful performance for a wide range of industries and applications. The original engine powered XL C-Series model was developed to address the requirements of tough working environments such as those in the timber, concrete and steel sectors. The new Combi-XLE incorporates the same key design features as its earlier counterpart such as high ground clearance, large cushioned front and rear tyres and a spacious cab, allowing smooth operation on semi rough terrain whilst offering a high level of driver comfort.

With sustainability ever higher on the agenda, Combilift further helps its customers achieve their environmental goals with its versatile “3 forklifts in 1” models, which work inside and out, reducing fleet size and thereby their carbon footprint. A hallmark of all Combilift products is the ability to increase storage capacity without expanding the size of a facility, resulting in lower energy usage and associated costs such as heating, lighting and maintenance, which is of significant benefit to the environment and the workforce. Noise pollution and carbon emissions, which can impact on the health and well-being of people as well as wildlife, is also no longer an issue  thanks to electric power. Drivers, employees and visitors on site appreciate the quiet operation, as do neighbouring residents and businesses, particularly in urban areas. 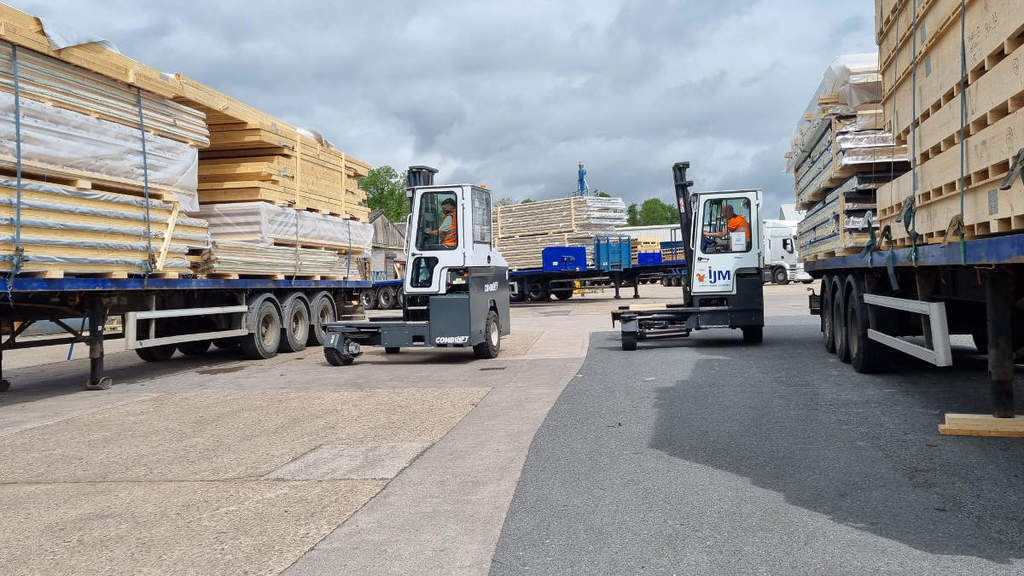 The Combi-XLE incorporates up-to-the-minute technology such as the patented all-wheel traction that reduces tyre wear, load swing and enhances braking. Also included is a newly developed, patented Eco-Steer System which provides a smaller turning radius and improved user experience. Since electric powered trucks do not have traditional combustion engines, or hydraulic transmissions, there is no longer any need to check and top up engine fluids / lubricants, resulting in longer intervals between services, ultimately saving costs. The use of toughened, eco-friendly water-based paint also dramatically reduces the amount of Volatile Organic Compounds (VOCs) during build.

Roger Bullivant Limited production director Dave Clement, says: “At our South Derbyshire precast factory, we use 5 multidirectional Combi-XLE trucks to transport product from the factory to storage and then to load-out for distribution nationwide. As we had already been using Combi units for years, the product decision was straightforward, and from a driver perspective, the operation remains essentially unchanged. The reasons to move to electric were twofold: to eliminate exhaust particulates in the factory and as part of our Group environmental plan to minimise our carbon footprint. So, an improvement to the environment in more ways than one.”

Combilift CEO and co-founder Martin McVicar, adds: “The technology we have incorporated into the Combi-XLE means that its performance is equally on a par with diesel or LPG powered forklifts when it comes to handling very bulky and heavy loads, while of course offering a greener operation. 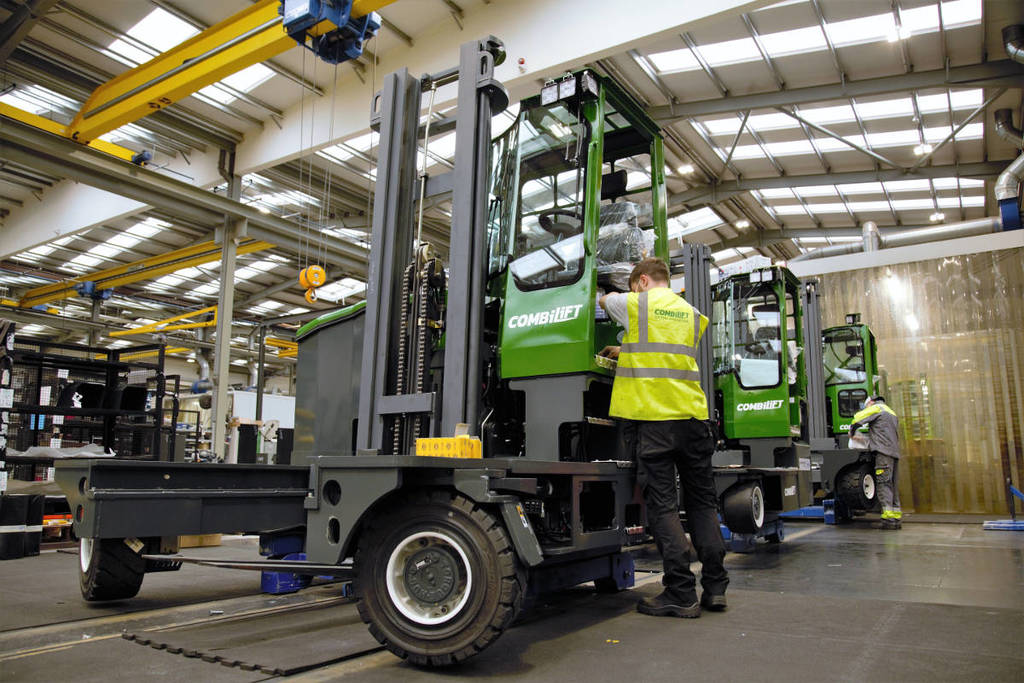 “We made our first electric C-Series over 18yrs ago, and now over 60% of the trucks we manufacture are electric, with availability in almost all models across our range. As more and more of our customers are opting for electric power it is obvious that they are as committed to sustainability and a circular economy as we are.”

At Combilift’s own manufacturing facility, features such as daylighting technology - LED lights with individual PIR sensors, solar panel energy and rainwater harvesting are all aimed at conserving natural resources and decreasing energy consumption. 92% of all components used in the truck assembly are 100% recyclable and the company is also on track to save over 473 tons of CO2 by using carbon neutral wood chip instead of gas for heating within the factory.