In the future sorting items to the depot level will be increasingly carried out by retailers themselves. 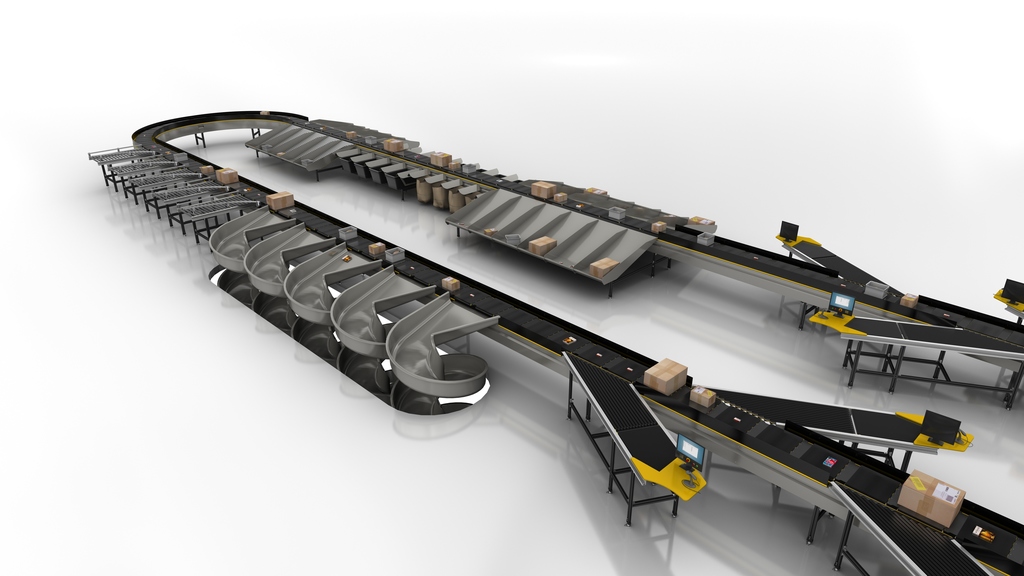 At the moment, the model typically involves retailers trunking items to third party sortation centres, which then push volumes down to depots and on to the consumer.

But conveying manufacturer Interroll says eCommerce and parcel volumes are increasing at such a rate that sortation centres risk becoming a bottleneck.

Hilton Campbell, managing director of Interroll UK said: “We predict sorting to depot will in future be done by retailers. By insourcing sortation and automation, this will reduce volumes and bottlenecks at the larger parcel hubs. It’s being driven by the spike in demand, and congestion at the main carrier hubs.”

Such a move could provide a cost benefit for retailers and make sense as volumes increase.

Interroll is seeking to take advantage of the boom in eCommerce.

Campbell continues: “Small and medium sized retailers with limited omni-channel strategies have been heavily affected by Covid-19, but on the other hand we’ve seen some 3PLs and 4PLs double their workloads. We have been accustomed to seeing eCommerce increases of some 20% year-on-year, but we could now see this hit 40%. Black Friday volumes are now a ‘new normal’ for many.”

Interroll recently won a large order from a leading eCommerce platform in North America. The order includes the supply of vertical crossbelt sorter systems for 12 locations and amounts to a double-digit million US dollar value.

The sorter systems will be installed at both new and existing end user facilities throughout the United States.

The Interroll vertical crossbelt sorter has a small footprint, throughput of 8,000 items per hour through each single induction, as well as the ability to handle a wide variety of items.

Campbell explains: “The new high performance Interroll Sorter was a big launch for us in 2020, and while this has been disrupted somewhat by Covid-19, we are very excited about it. We have more than 400 sorters installed worldwide. They use a proven, reliable mechanical design and now come with higher payloads.

“We have vertical, horizontal, and high performance sorters and we excel on price-point, lead times, and diagnostics & ease of maintenance.”

Interroll’s turnover is almost £500m and the company is pressing ahead with ambitious global growth plans. A new facility is anticipated to open in Germany next year, and further centres are expected to open in China and the USA.