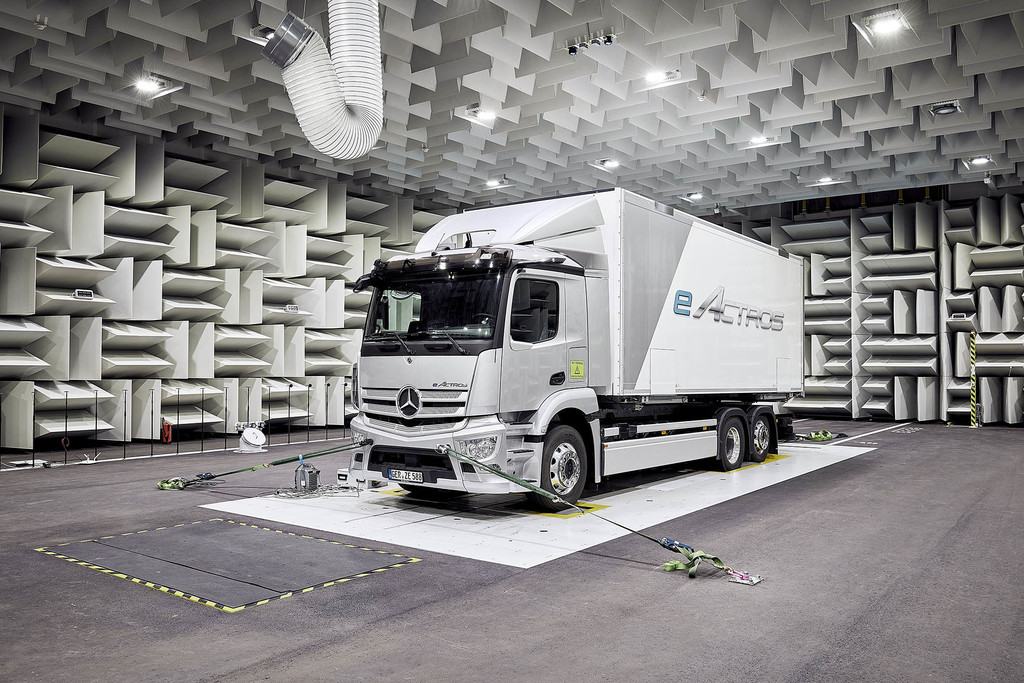 The trucks underscore the company’s commitment to locally CO2-neutral road transport. Series production of the eActros is scheduled to begin at the Wörth am Rhein plant in the second half of this year. Prototypes of the eActros went into intensive customer testing in 2018.

This enabled the experts at Mercedes-Benz Trucks to take the customer feedback regarding the electric truck into account early on and directly incorporate it into the vehicle’s development. To date, the prototypes have driven more than half a million kilometres on public roads.

In both the 18-tonne and 25-tonne versions, the eActros fulfilled challenging tasks in a variety of sectors. Among other things, it transported chilled goods in an electrically-powered refrigerated box body to supermarket branches, served as a plant vehicle to supply components for production, handled the replacement of waste containers, and used a tank body to carry fly ash for the production of concrete.

Even before the continuous operation of the prototypes has been completed, it has become clear that the eActros is in no way inferior to a conventional diesel truck in terms of availability and performance in urban traffic, on highways or on overland routes, says the firm.