Mechan is supplying a multidisciplinary main contractor, Winvic Construction, with a bespoke rail traverser for a new £29 million Intermodal Rail Freight Terminal that is being constructed for Prologis at its DIRFT intermodal logistics park in Northamptonshire. 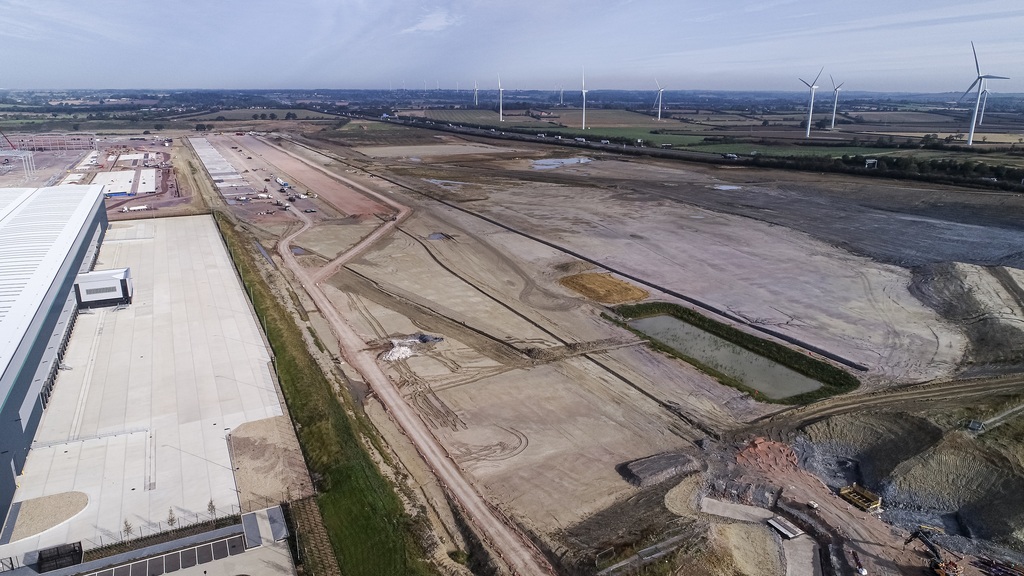 The rail depot equipment specialist is one of few UK firms with the ability to design and build traversers, holding the record for the largest installation in the country at the Port of Felixstowe.

Known as DIRFT III, the project comprises a 344-hectare logistics site, which will include a state-of-the-art rail freight terminal. Mechan’s traverser will be situated outside the terminal building, at the end of 9km of new lines, being constructed by Winvic, who is also responsible for installing three new bridges and a 79,000 sq m terminal slab.

The traverser will be used to move Class 66 locomotives in a perpendicular direction to the tracks, so they can return to service after loading/unloading. This has allowed the terminal length to be shorter, as a head shunt isn’t required.

Working closely with the Winvic team, Mechan has designed the multi-rail traverser to suit the specific conditions at DIRFT III. It spans 28 metres, has a capacity of 140 tonnes and comprises an access platform, plus loco buffer to prevent trains overrunning.

Mechan sales manager Lindsey Mills said: “We are really pleased to secure a contract for the DIRFT III traverser, after successfully completing a competitive tendering process and we look forward to working with Winvic on this key project. Although the sheer size of a traverser makes each installation a challenge, they are actually a great space saving device, allowing trains to be transferred between tracks easily and efficiently.”

Once the design process is complete, Mechan will begin construction of the traverser at its headquarters. It will be dismantled for delivery to site and is due to be installed and commissioned in April 2021, before training is provided to end user, Prologis.

Winvic civils and infrastructure director Rob Cook added: “As rail traversers aren’t that common in the UK, this is a particularly exciting element of an already significant and complex scheme. Mechan’s reputation is second to none and our design teams have been working very well together to get to the stage where the firm is almost ready to begin the manufacturing process. Installation is planned for the end of April and we are looking forward to seeing this specialist piece of equipment - that is central to the compact nature of the terminal’s design - being installed on site.”

Winvic commenced construction of DIRFT III in June this year and it is expected to be completed next summer. The intermodal rail terminal will enable 24, 775-metre trains to carry freight in and out of the logistics park, while the concrete yard will provide space for the storage of approximately 460 containers.