SUN CHEMICAL CORPORATION has introduced a fleet of nine Pyroban explosion protected lift trucks at its site in Yate, UK, which specialises in the manufacture and storage of food packaging inks. 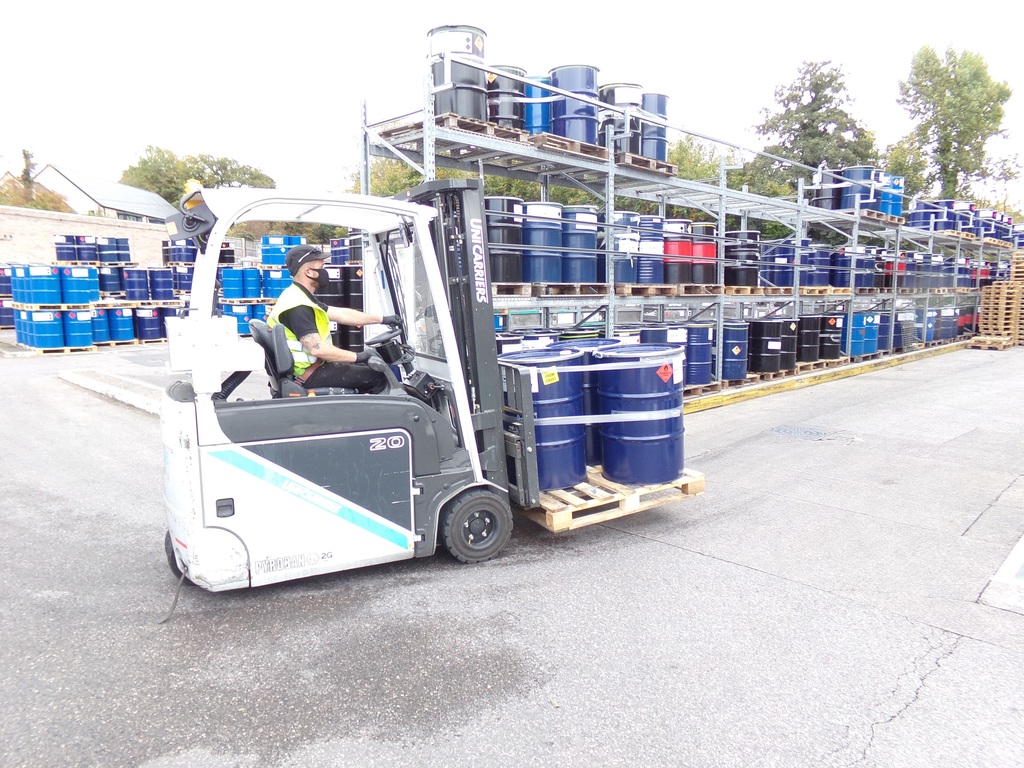 The site at Yate includes manufacturing, storage, workshop, and laboratory operations, and has a number of areas classified as Zone 1, 2, and 22 in line with the ATEX directive, depending on the activity and type of hazard.

“Safety is the number one priority on our site, as there is such a high volume of flammable material present, including over 100,000 litres of solvents,” says Sean Clancy, Sun Chemical manufacturing manager at the site in Yate.

To support Sun Chemical in Yate, safety company Pyroban has provided effective solutions for the company’s materials handling equipment so that it can operate in different ATEX Zones without being the source of an ignition.

For the firm’s Zone 2 operations, two electric AM20SE, Aislemaster articulated lift trucks were also specified with system6000. These are used for picking in its raw material stores and in the warehouse. Sun Chemical already has two Pyroban Zone 2 converted shrink wrappers on site in its warehouse.

This site also includes Zone 1 areas, where an explosive atmosphere is expected as part of normal operation. For these areas, Pyroban modified four UniCarriers TX4-20 electric forklifts with its Extec 2G conversion. Whether it is collecting solvents from the site’s solvent tank farm to bring into production, operating near to its seven 10-tonne mixers, working with the highly flammable nitro cellulose for making varnishes, or transporting finished goods from Zone 1 production areas to the warehouse, the specially adapted Zone 1 forklifts can be operated safely.