A new generation of warehouse robots have burst on to the UK logistics industry in the last year or so, with manufacturers aggressively pursuing local systems integrators to help them crack the UK market. HSS editor Simon Duddy reports. 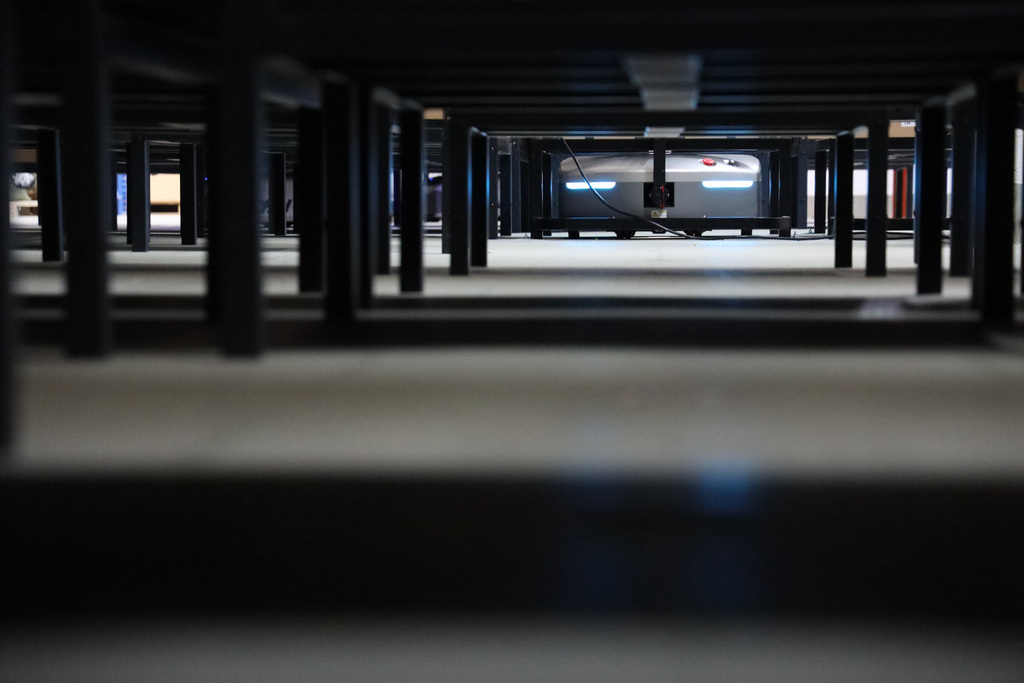 ECommerce has fundamentally changed materials handling. It’s no longer just a game of pallets, but is increasingly focused on totes and single items as well. Companies have tended to tackle this in a labour intensive way, but the use of order picking mobile robots and automation in general allow for greater productivity and accuracy with lower reliance on labour.

Pre-pandemic this was an ongoing concern, but since the terms ‘lockdown’ and ‘social distancing’ have become part of our everyday lexicon, arguably the need for automation and robotics is greater than ever.

Indeed, Roger Platt, senior technical advisor at consultancy BearingPoint said: “Those warehouses that have invested heavily in automation are less impacted by labour availability so they can respond more effectively during the crisis.”

The High Street shutdown has pushed retail further online and with it there is more emphasis on warehouse systems that can efficiently manage the picking of single items to be consolidated into a customer order.

Roger Platt explains further: “Typically, much of the time in a manual operation time is spent moving between tasks. A manual picker, walking a shelf system could spend 60% to 70% of the time walking to and from the area and between the pick locations. Automated ‘Goods to man systems’ – which remove the pick walk can improve pick rate by a factor of ~2.5.”

Using autonomous mobile robots (AMRs) is one way to tackle this task, and it is said to lend itself to relatively fast and inexpensive implementation, that can then be scaled up as needed. In this sense, it potentially makes automation a viable proposition for relatively small order picking operations. You don’t need to have a massive shed full of metal like John Lewis does, although if you need the scale and efficiency John Lewis demands, that’s obviously how to do it.

So AMRs are not just another tool in the box, they could effectively open up automation to many more applications than was previously thought possible. Pushing this idea are a number of partnerships between British integrators and chiefly Asian robot manufacturers, which we will summarise here.

Leicester-based BS Handling signed up with robots manufacturer GreyOrange earlier this year. BS Handling is an established automation integrator and has carried out recent projects at scale for customers such as PrettyLittleThing and ASOS. GreyOrange has had some early success, signing a worldwide deal to supply 3PL XPO Logistics with some 5,000 robots. The robots firms revamped and rebranded its systems earlier in the year. Its extensive range is built around the Ranger robots and GreyMatter AI software.

In April, AMH Material Handling was announced as official UK distributor and service partner for MHE robots firm Geek+. AMH received training on the technology allowing it to support and service UK customers. AMH is able to design, specify and deliver material handling and logistics solutions incorporating Geek+ technology. AMH is an established integrator and has recently carried out conveying and sortation projects for the likes of Clipper Logistics. Geek+ is China-based and as well as being a manufacturer has enviable experience in running robotic warehouses, as it also acts as a 3PL to retailers in its native land.

Chinese firm Hikrobot has launched its range of mobile robots for intralogistics applications to the UK and Europe through Cranfield–based systems integrator, Invar Systems. Hikrobot is a division of the multi-billion pound business group HIK Vision which is a global leader in CCTV and visual sensor technology.

This month, Hikrobot also announced a partnership with UK firm OW Robotics (OWR). The partnership aims to make robotic automation more accessible for small and medium businesses, as well as larger organisations. OWR is sister company of OrderWise, an ERP and WMS provider.

Coming at the problem from a different angle, Renovotec is a warehouse IT firm that is expanding into warehouse robotics. It set up a partnership with robotics firm Fetch Robotics. Fetch is a US firm and counts DHL among its clients. Renovotec Robotics will integrate its Warehouse Task Engine middleware with Fetch Robotics’ hardware to create a new generation of cloud-based warehouse robotics solutions that will be available to buy, or rent using RaaS (robot-as-a-service).