Ever since Amazon acquired Kiva Systems in 2012 for $775 million and took the startup company’s robots off the market, warehouse managers have been looking for alternative suppliers. Here Geek+ outlines its strong robotics and warehouse automation offering. 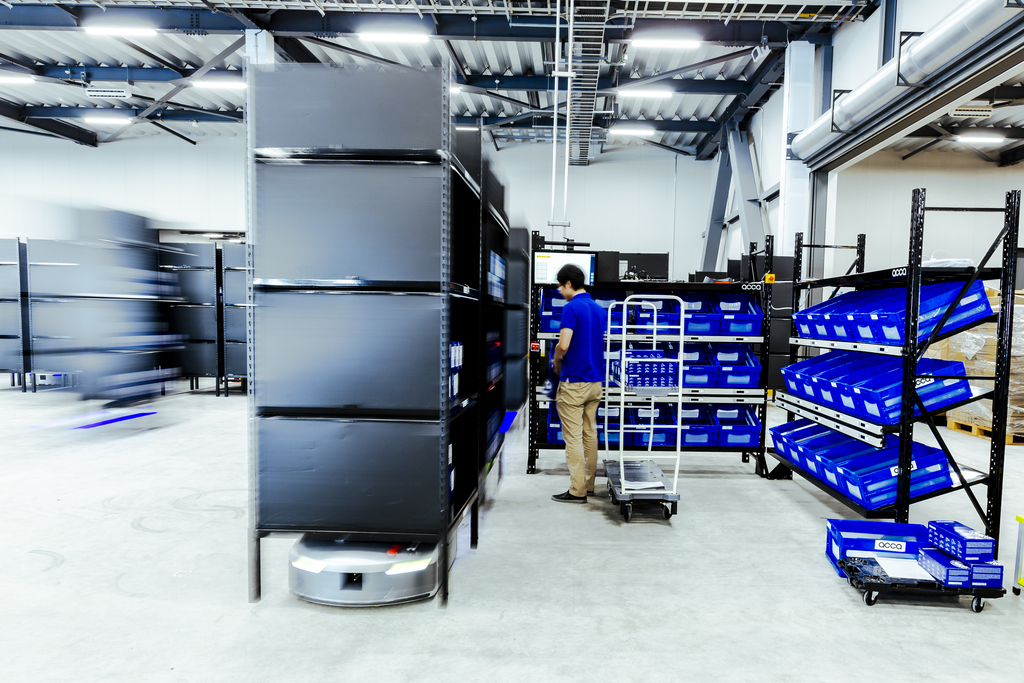 When Amazon bought Kiva, there were no well-known alternatives or proven solutions, but now, seven years on, there is a relatively large number of companies which build and supply warehouse robots.

It’s highly unlikely to be a coincidence that, in the intervening years, Amazon has grown extremely fast to become not only the world’s largest online retailer but also one of the largest logistics companies – not just in its native US, but worldwide.

All things considered, not least of which is its massive cloud computing offering, Amazon is now a trillion-dollar company.

Arguably the most useful robot in recent years has become known as the “AMR”, short for “autonomous mobile robot”.

Looking essentially like a humble, down-to-earth box on wheels, this type of robot, in fact, is one of the most sophisticated machines being built in the industry today. 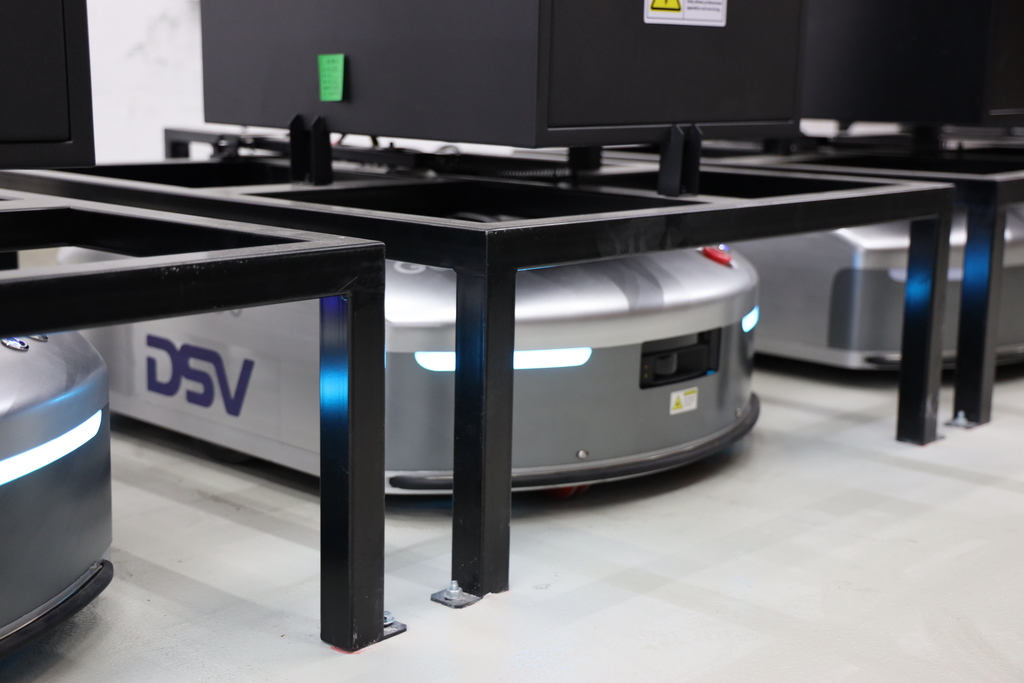 Not only can these robots bring goods to a human worker located at what’s called a “picking station” in a warehouse, they can also take those goods back to their original place. This, of course, saves the human picker – and other human staff in the warehouse – a lot of time and energy.

But if that wasn’t clever enough, these robots can also dynamically change where they take the goods back to, depending on how often they are needed by the human picker.

For fast-moving, top-selling goods, for example, it may stay within close proximity to the human picker. And vice versa for slow-moving goods.

This type of dynamic location is part of what the installed artificial intelligence programs are capable, and in some ways, this is just the beginning.

In this white paper, Geek+ suggests many leading warehouses will integrate robots within five years. It deals with issues such as the competition that stands in the way of robots e.g. fixed infrastructure such as conveyors and automated storage and retrieval systems. It outlines how robots represent the flexible infrastructure model. It asks which will win out in the end? Or if they will coexist? Geek+ predicts we will have many of the answers within five years.

Companies like Geek+, which has sold the largest number of warehouse robotics at 7,000 or more, are continually developing new ways of storing, organising and moving goods within facilities – both in terms of hardware and software.

The hardware is becoming more sleek, more aesthetically pleasing, smoother in its manoeuvres, and quieter in its operations. And the software is integrating more artificial intelligence which enables it to locate itself in parts of the warehouse where it will be most needed, and work in concert with the other robots.

From an observer’s point of view, it looks like the software aspect offers more scope for refinement than the hardware side because, ultimately, most warehouse robots of this type – the robots which move items around – look like boxes on wheels, and there’s not much call for them to look any different.

Whereas the software could be loaded with more capabilities, such as “swarm intelligence”, which is a type of robotics programming that enables many robots to work towards a single goal. At the moment, much of the “concerted” action is to do with them avoiding bumping into each other.

Having said that, the robotics ecosystem is continually evolving, so there is the possibility that the hardware of these mover types of robots could be installed with robotic arms which could be used to pick out individual items from shelves rather than take the entire shelf unit to the human picker for him or her to pick out the specific item they need.

This is a type of system – mobile platform plus robotic arm – that is currently being tested by Geek+ in partnership with some of its clients.

The results so far have been positive, but there is some way to go in terms of machine vision and its associated machine learning algorithms before the camera on the robotic arm is able to correctly identify the item required every time, all the time. 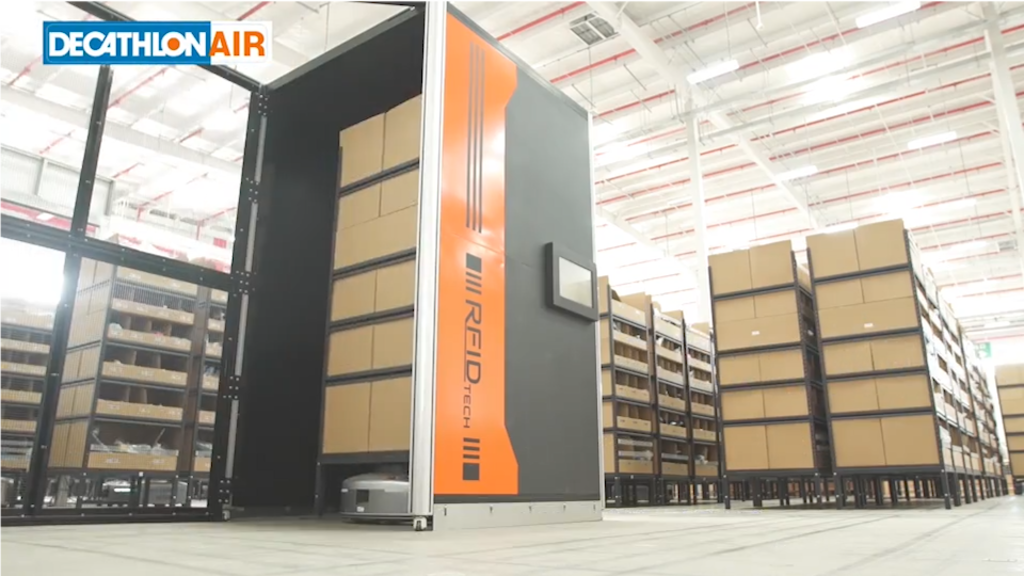 Such new and complex robots – in this instance, a hybrid of two completely different types – have a lot to live up to. They have been set a very high standard by the robotic systems currently in operation in warehouses: the accuracy of robotic picking systems are very high, much higher than human-picking processes – “two to three times higher” than human-picking processes, according to a spokesperson for Geek+.

“One of our case studies is of a Geek+ Plus Smart Warehouse with an area of 22,000 square metres. We assisted in providing a well-known eComm company, which provides logistic services to its consumers.

“Since May 2018, enabled by a customised intelligent order fulfillment solution, Geek Picking System has achieved fast delivery and high order accuracy, which is two-three times higher than traditional manual picking.

“The current storage capacity of the warehouse is 1.7 million units. Its daily delivery volume has already exceeded 50,000 pieces, and can be increased to 100,000 pieces during peak seasons.”

As well as providing this client with the technologies which have already proven to increase efficiency and productivity in warehouses, Geek+ is also testing its new driverless forklift.

The company’s “Intelligent Automated Forklift” is being rolled out in select operations, including at a facility owned by one of the largest automakers in China, with hopes high that the results will show it to be cost-effective and requiring only a reasonably short time to provide a return on investment.

Preparing the warehouse for robots

Are robots expensive? That depends on a number of things. In this white paper, Geek+ looks at the types of robotics and automation technologies available to warehouse managers and how they can prepare for the implementation of these technologies, looking closely at the size your warehouse and your level of throughput. Read this white paper if you are preparing your warehouse for robotics and automation at the moment or plan to in the future - http://bit.ly/2k3CxCg

That starting point could be a small number of mover robots with integrated shelf units acquired through the “robotics as a service” model, where there is no need to buy the machines and incur a large upfront cost, and then simply scale up or down as required.

Given that the vast majority of warehouses are mostly manually operated, it could be said that they are operating as though we are still in what could be called the old “mail order catalogue mindset“. And, even though nostalgia can be comforting, with Amazon offering same-day delivery in an increasing number of locations, that mindset probably belongs in a bygone era, because it will probably mean loss of business or worse in this one. 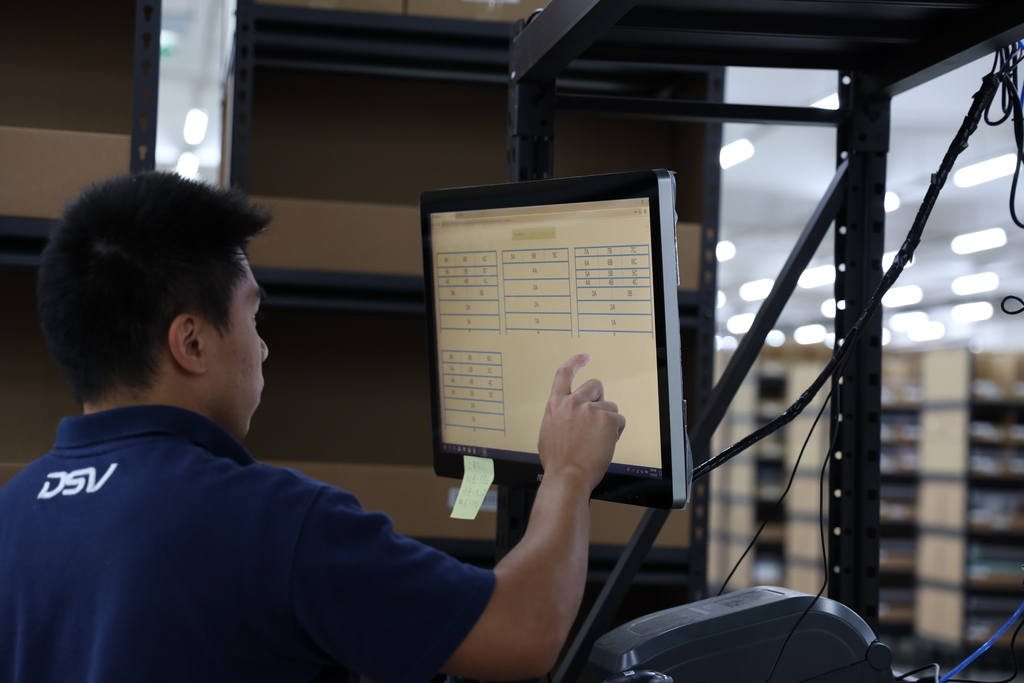