Safety in the round 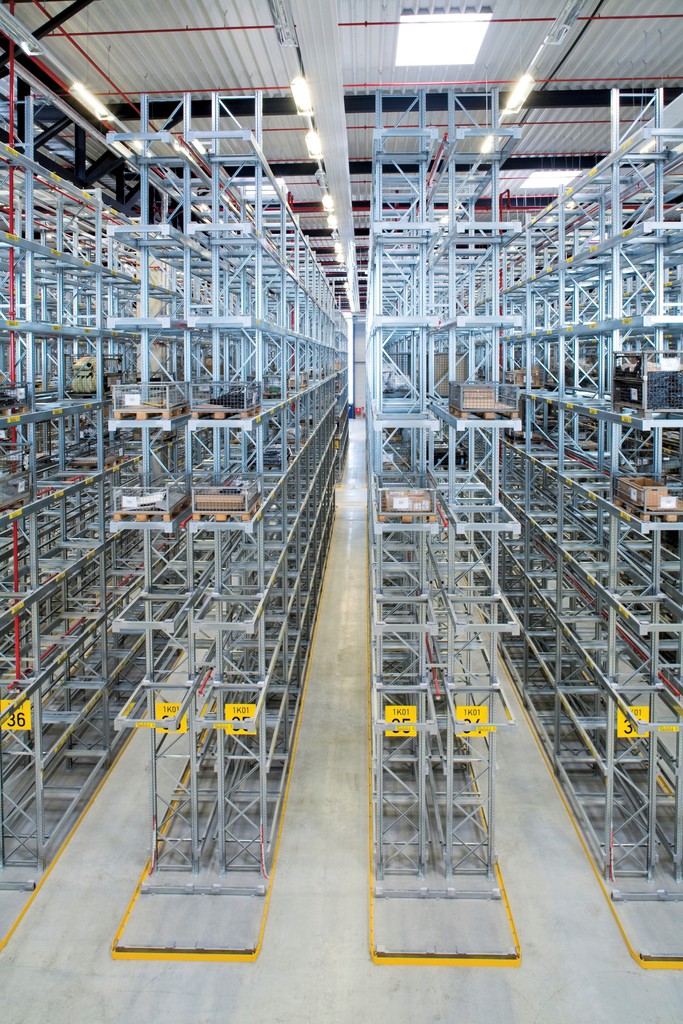 Kicking off the programme was a focus on the key area of working at height. Terry Mallard, health and safety inspector at Birmingham City Council said the issue was ‘still one of our priorities nationally and in Birmingham’.

“HSE stats still show there is still a problem, and while incidents reached a plateau in 2017, we still see 14 deaths a year.

“Many businesses have improved, but smaller businesses tend to be vulnerable.”

In his role, Terry has come across businesses where he suspects practices are unsafe and has carried out on the spot inspections.

“Remember, it is not necessary for someone to have been injured for them to be served legal notice. When inspecting mezzanines in small warehouses and stores we look to see edge and gate protection. It is not unusual to see nothing or chains deployed, which is not sufficient. We’ve also seen ladders in poor repair, and unprotected staircases that are used to manhandle goods up and down. Owners are quite often just not aware. I told one if someone had died, he would be looking at a corporate manslaughter charge.”

Allan Ridout, UK EHS manager at Malone Group emphasised that CDM regulations, which need to be taken into account at the beginning of any racking project, have since the 2015 revision placed more emphasis on client responsibility.

“My job is telling clients they need to consider these things and take responsibility. For example, I advised on a radio shuttle racking project at Weetabix. It had 1,500 APR racking locations, and required sprinklers, heating utilities, fire door access etc, so there was a lot to plan.”

There is a grey area regards the CDM regs and rack maintenance. Taking out and replacing a rack component is not seen as construction so there is no need for CDM regs. But if racking damage is more substantial, the repair can be defined as construction and therefore will involve CDM regs.

Simon King, ex-chair of the Sema Distributor Group told the audience how 30 storage distributors had come together to raise industry standards.

“The racking industry is astonishingly unregulated,” explains Simon. “It’s easy to set yourself up as a installer of this safety critical kit. Can you afford to risk everything? Cutting corners can cost millions, or a life, or your freedom.”

Pallet racking is fundamentally solid and safe, but this can lull people into thinking they can get away with poor practice. A rack collapse can be almost comic when watched on YouTube, but they are very dangerous and costly.

Simon explains: “Our standard is an attempt to counter this. We take a rigorous approach, indeed 20% of our original members where asked to leave the Association because they could not meet the standards.”

The SDG audit is independently validated.

Health & safety consultant Neil Sheehan made the argument that ‘bureaucracy is killing health & safety’. He argued that incidents have largely hit a plateau since the 1990s despite a big ramp up in H&S professionals, schemes etc.

“Non-legally required schemes cost money,” he said. “But is it well used? It’s better to give the money to SMEs in my opinion.”

“I told one if someone had died, he would be looking at a corporate manslaughter charge.”

Peter Kelly, principal inspector at the HSE spoke on mental health and said ‘we need to get away from the sense that it’s okay for people to work under excessive pressure’.

“Stress balls don’t relieve stress, they give you RSI. Tackle the work pressure by reducing workload instead,” he adds.

Colin Hinton of the SEMA Technical Committee underlined the importance of SEMA’s codes of practice as they underpin the design and use of storage equipment and a good tool for complying with the law.

In keeping with a brief to highlight broader but related safety concerns in the warehouse, Stuart Taylor, MD of Mentor Training delivered a presentation on training and credentials for forklift drivers - a crucial factor when managing racking installations, as less experienced drivers are more likely to cause damage to racking.

“A new starter is three and a half times more likely to have an incident than someone who has been in post for five years or more,” says Stuart. “While there is no such thing as a forklift licence per se, employers much request a qualification document from new starters, but crucially should also test their skills and familiarise them with the trucks they will be using on site, as well as the particular characteristics of their workplace.”

Closing proceedings, Lisa Ramos gave a heartfelt presentation relating her experiences after a serious incident with a forklift in a warehouse, where she lost a leg. She spoke movingly with her partner David Garton on how the incident impacted her health, their relationship and their son. It highlighted the long-lasting impact of a serious incident.