Foodservice Group supports growth with an automated sorting system from Axiom GB that delivers both speed and accuracy. 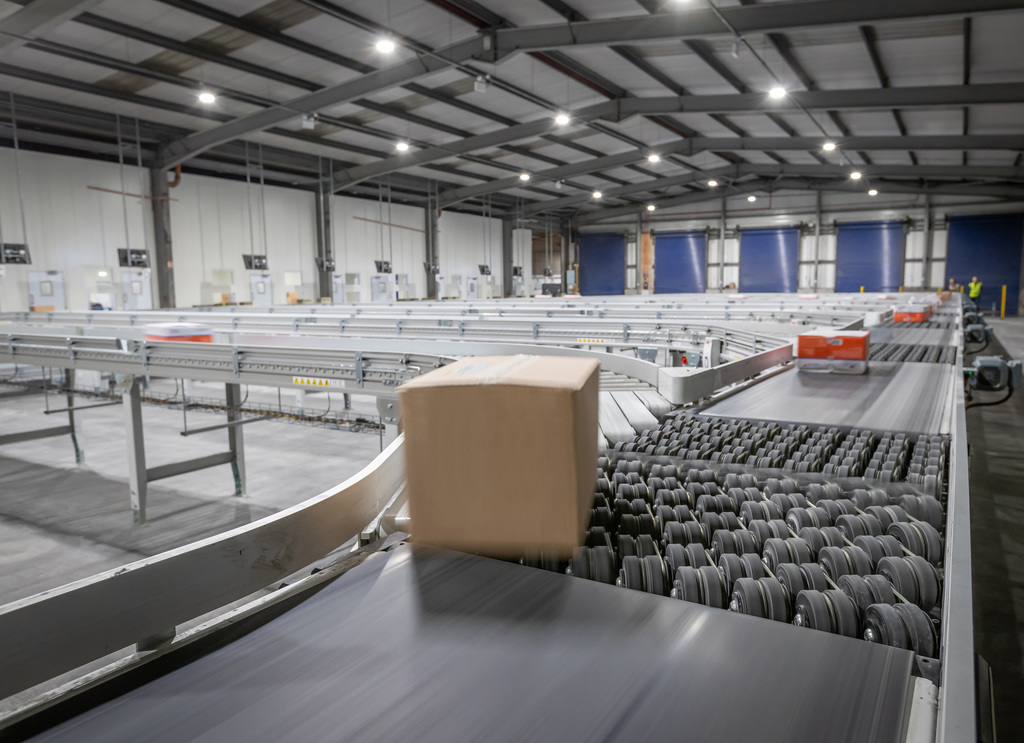 The innovative sortation system is capable of sorting 45 diverse food products a minute to 11 destination lanes enabling the Lusk facility to process up to 20,000 products in a single shift.

The new automated system in Dublin has also freed up capacity in the company’s Northern Ireland headquarters in Coleraine. This has enabled Lynas to service growth in other markets.
The firm operates the automated cross docking hub in Lusk, north of Dublin. This modern facility operates an evening shift between 22.00 hrs and 06.00 hrs, six days a week.

Alastair Magee, finance & IT Director of Lynas Foodservice was responsible for selecting a suitable partner to automate the new facility, and he explains the decision to select Axiom.

“We needed a solution to free up capacity in the Coleraine distribution centre where we hold all our stock.

“The automation which was installed there six years ago has been largely successful, however problems began as our business grew in the Republic of Ireland. We were getting a bigger and bigger bottleneck in the system during the early part of our evening as we rerouted product for that market. This meant we were running out of time to properly service both markets.

“Rather than expanding in Coleraine a decision was taken to eliminate the pinch points from that facility and move bulk products destined for the Republic to Dublin, re-sorting them in a new facility in Lusk for which automation would be required. 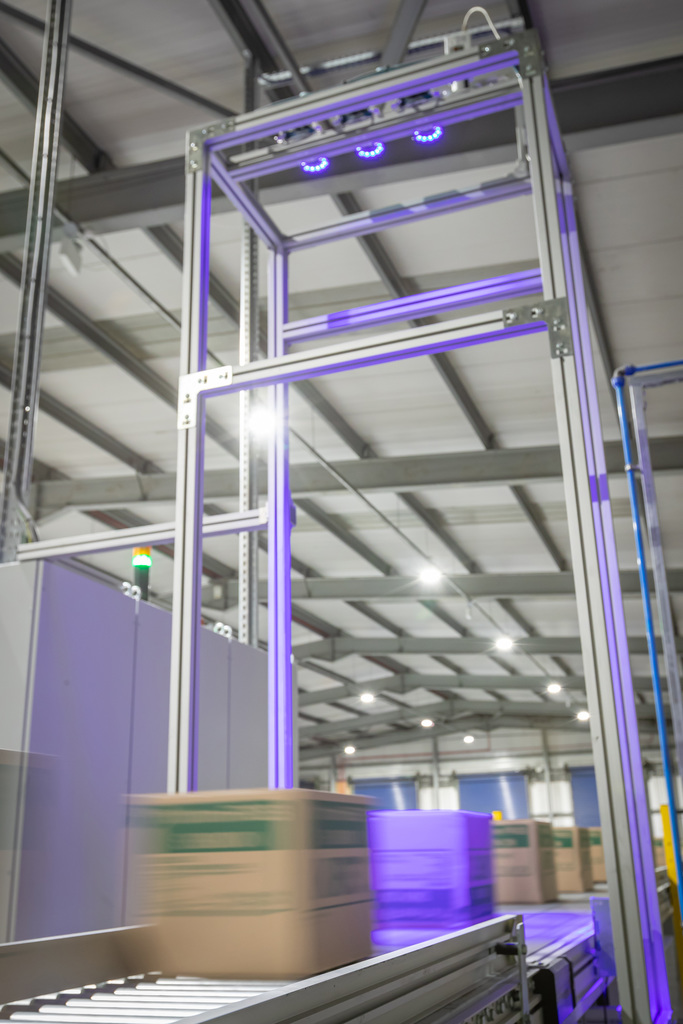 “Having already installed automation in Coleraine we were aware of some of the major players in the marketplace. We spoke to a number of providers and asked them to come up with ideas to deliver a solution to the challenge we were facing. When we got down to the design and costing phase there were just two contenders left and we ultimately chose Axiom.

“The Axiom solution technically appealed to us as the best because of its simplicity and scalability. Pricewise it was comparable with the other companies so it wasn’t really a financial decision. One of the key factors was the values that we saw in Axiom which matched our own. This was important to us during the decision making process - my MD felt that he could relate well to Matthew Nickson, Axiom’s MD, because both companies are family owned and run so we understand each other in that regard.

“The Republic of Ireland is a very attractive market for us and we now have a facility that gives us the opportunity to serve that market to our own high standards, whilst at the same time allowing us the capacity to grow more effectively in our local markets.”

The process
Phone orders for the Republic of Ireland are received by the telesales team in Coleraine up to 5.30pm and then the loading of the trucks begins. The first truck leaves by 6pm in order to arrive in Dublin in time to unload for the 10pm evening shift. Once there, the products are manually loaded onto an infeed conveyor at a rate of up to 45 products a minute.

There is a substantial range of different food related products to be processed including tins, sacks, packs of drinks and even tubs of ice cream. The Axiom sorter can handle any shape of product up to 500mm long and for those items that are non-conveyable, trays are used.

Product is conveyed on a combination of roller and belt conveyors to the sorter where it passes below a camera system. Here the barcode on the top face of the product (in any orientation) is read and an image taken of the product and label. The barcode data is then passed to the automation control system (ACS).

Both the ACS and programmable logic controller (PLC) communicate with Lynas head office system to collectively track the scanner information along the sorter and determine each product’s destination. Swivel wheel sorters then divert individual products to their respective sort lane. If any problems are detected the product bypasses the 11 sorter lanes and is routed back as an error onto a dump lane which runs underneath the sorter lanes back to the loading area at the start of the system.

Sorted products are manually offloaded from the end of the lanes and palletised ready for immediate onward despatch in the waiting trucks direct to customers.

Accuracy and speed of sortation
Alastair Magee describes how the new sortation system has benefited Lynas: “Fundamentally the key benefits are the speed that we can re-sort products in relation to what it would take for a manual team to do it and the accuracy of the sortation.

“The accuracy is driven by our own barcodes which not only dictate the outfeed lane the product is going to go to, but how it will be positioned properly within the load. So it’s not just a good warehouse experience it’s a good driver experience too. These are things that you can do with automation that you cannot easily achieve with human interference.”

“We are very comfortable with the maintenance contract for the automated system that we have with Axiom,” comments Magee, “it includes out of hours cover - they are happy to pick up the phone at 2am in the morning, when on occasion it has been required. They also perform three full site visits each year to examine the sortation system for wear and tear.

Established in 1978, the Lynas Foodservice Group is one of Ireland’s largest food distributors and one of the country’s most successful family owned businesses. With a projected turnover of £155m, the Group offers frozen, chilled, ambient and non-food products to hotels, restaurants and take-aways throughout Ireland and Scotland.

“However the simplicity of the system in Dublin means that there is a lot of work that can be done on a very basic user level. For example, daily cleaning which gives the system a sporting chance of self-maintaining.”

Magee concludes: “Axiom delivered the system both on time and in budget. From the get-go we gave Matthew and the Axiom team a very clear set of objectives in terms of what we expected to be delivered and when. They are a professional company and knew not to give us any surprises by overpromising on deadlines. In the end it all clicked into place well and even the go-live phase was remarkably smooth.

“For us the big question in terms of an engineering partner is would we use them again? The answer is we most definitely would. We are already talking to Axiom about a project in Coleraine and it is likely they will be our partner of choice to explore that venture. It’s a commendation to them that the way they approached our Dublin project means that we are keen to do business with them again.”