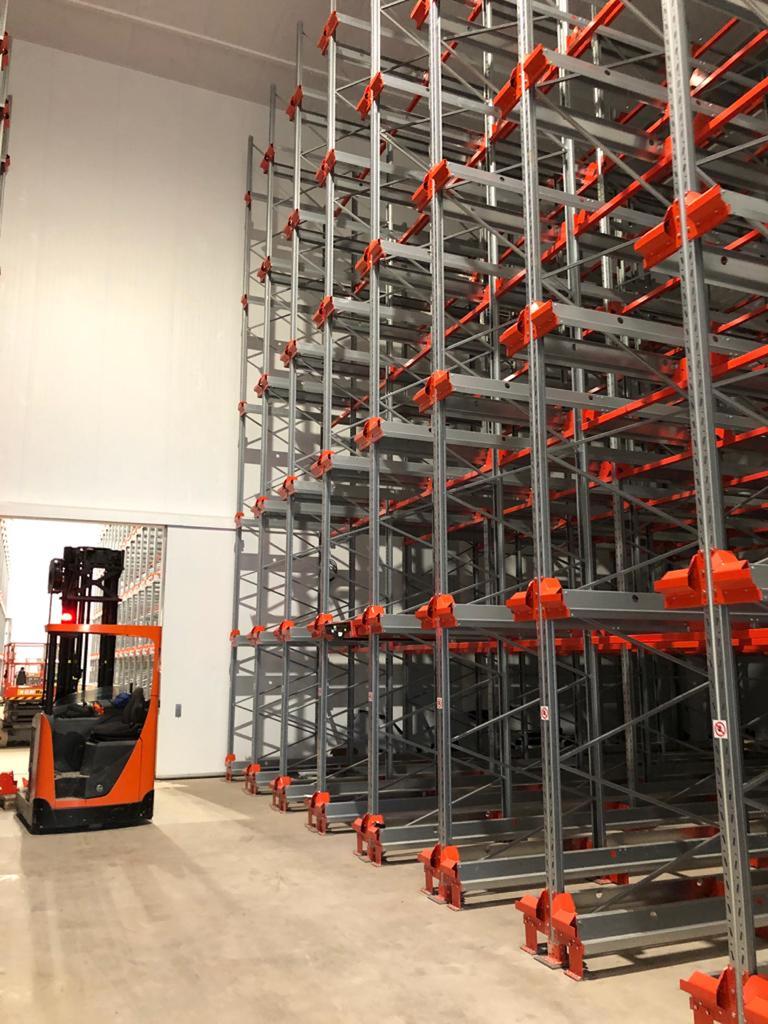 With the recent upgrading of its cold store facilities in Rasharkin, Ballymena in Northern Ireland, McKeown Fine Foods faced a decision on how best to rack-out the new building to maximise storage density and ensure smooth, reliable throughput to the production lines.

The new three-chamber cold store, with two rooms operating at temperatures of -20 deg C and a third at 1 deg C, has a capacity to hold some 4400 pallets – quite a step up from the existing manually operated 300-pallet facility on site.

The Radioshuttle system is designed to automatically store and retrieve pallet loads of product at rates of up to 60 per hour, combining fast and efficient transport of goods with space utilisation of up to 85% of available storage space. The system uses radio-controlled shuttles that are automatically guided along channels within the racking and powered by lithium ion batteries for reliable long-shift operations. 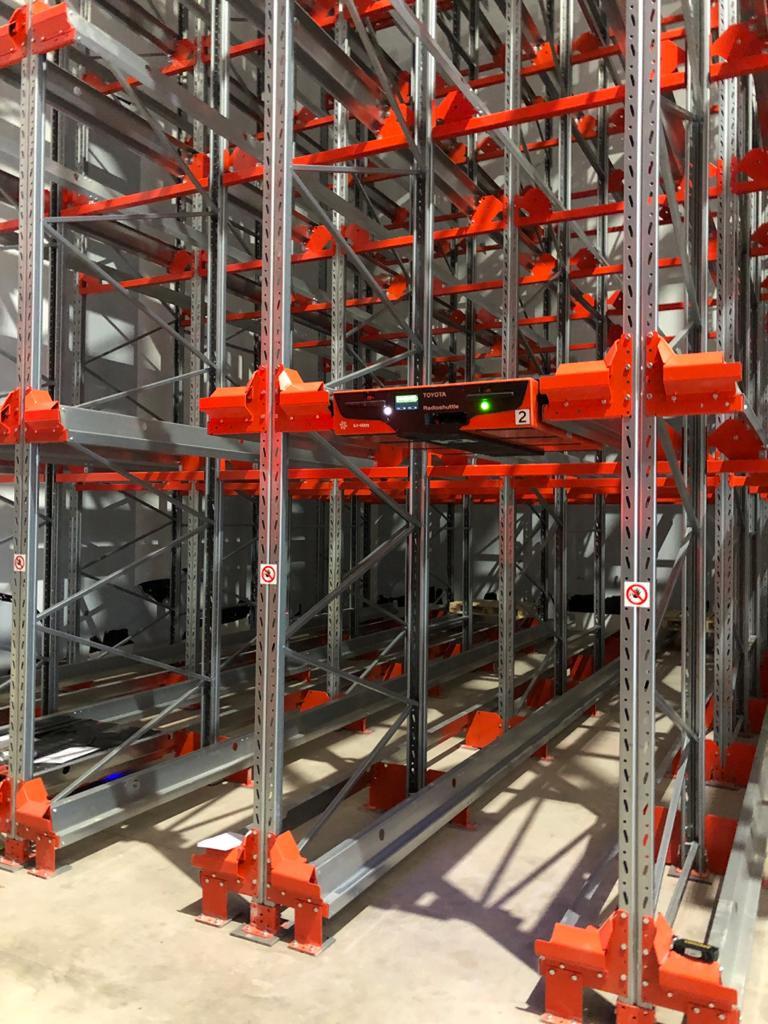 McKeown Fine Foods managing director Damian McKeown, explains: “Our product was stored in several cold stores across Ireland, and we had a small cold store in Rasharkin with drive-in racking which held 300 pallets. I imagined that once the three-chamber store was completed we would have to employ three or four more people, but that wasn’t the case at all. With the Radioshuttle system, one chamber can take in seven lorry loads of pallets a day, easily, with the same number of people that worked in our old cold store. The system is extremely fast and reliable.”

He adds: “One shuttle can do so much work, it’s quite amazing. Within the time the forklift goes to pick up another pallet from the lorry, the shuttle is back waiting, every time. The forklift drivers just can’t keep up with the shuttle, it’s really efficient.”

McKeown Fine Foods has two shuttles at present, with a third on order, giving the business the flexibility and scalability to increase throughput in step with demand. The process of storing and retrieving pallet loads is simple. The forklift operator lifts a shuttle into the required channel, places a pallet load onto the shuttle and then presses a remote control, sending the shuttle with its load off into the racking. Retrieving a load is just as easy.

Giving an indication as to the scale of the operation at Rasharkin, Damian McKeown says: “We are taking in about nine lorry loads a day into the freezer, which is around 230 pallets per day, and over a week up on 50,000kg of chicken leaves the cold store to feed our production lines. With the Toyota Radioshuttle system it’s all extremely simple.

“We are taking in about nine lorry loads a day into the freezer, which is around 230 pallets per day, and over a week up on 50,000kg of chicken leaves the cold store to feed our production lines.”

“The shuttles themselves are very straightforward – they do exactly what you want them to do. They give so little trouble. The lithium ion batteries on the shuttles allow for 10 hrs of operation on one charge, and being lithium ion they can be topped-up whenever the opportunity arises.”

For Damian McKeown the price was not the main issue. “The big thing for me was that it was Toyota,” he says. “My concern with other companies was with service reliability – if a shuttle breaks down Toyota has an extensive service support network. Also, Toyota is on its sixth generation of Radioshuttle, whereas others are only on their third or fourth generation. The company we almost went with, before we found Toyota, was only on their second, and that concerned me. So for me, Toyota was a very safe option… and they’re in GB, which is a very big point for me.”

The professional support from Toyota’s Chris Adamson also played an important part in securing the order. Damian McKeown says: “Chris was outstanding. He stepped in and provided a quote in record time, just a few days, and ensured that the whole process went smoothly.”