The end of the affair?

Diesel has long been the UK’s preferred option for forklifts. Cheap to buy, and familiar to service and repair, for decades it was the go-to power source for lift truck buyers. But Stewart Gosling says this is all about to change. 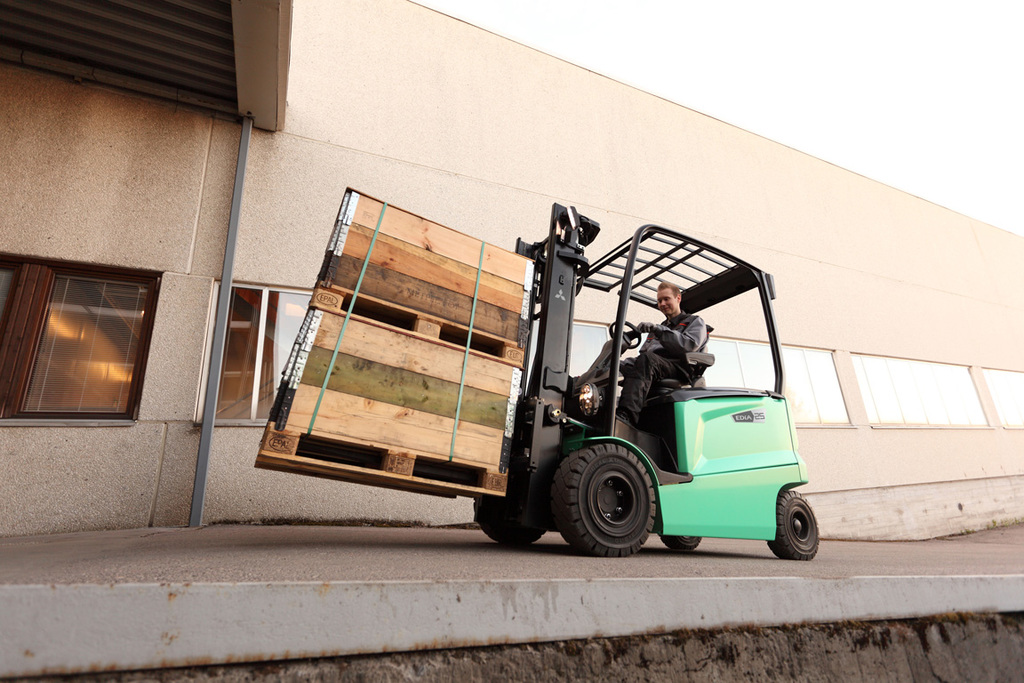 IT’S SAID that nothing is certain except death and taxes. And it is a change in taxation that may well sound the death-knell for diesel forklifts.

In his 2020 Budget, the Chancellor announced that, from 2022, the subsidy on red diesel for use in forklift trucks will no longer apply. For truck users, the consequences will be profound. The resulting price rise will make diesel forklifts massively more expensive to operate.

The figures speak for themselves. Let’s look at a direct comparison based on a 30-hour week on the heavy duty VDI60 test cycle (with a full load at full speed for 1 hour).

Assuming the average per litre price of diesel remains the same as today (i.e. £1.28) then a modern Euro Stage V compliant 2.5 tonne diesel forklift would cost £118 per week in fuel. Add rental of say £115 per week and the total weekly operating cost would be £233.

An equivalent electric doing the same shift will cost around £36 per week in energy plus rental of £135, giving a total weekly operating cost of £171 per week.

That’s a weekly difference of £62. Extend that over a 5-year term (first year with tax relief and 4 years without) and simply by switching from diesel to electric you’d save a staggering £16,120.

Added to the inherent shortcomings of diesel – it is noisy, polluting, and has a very significant carbon footprint – it also cannot beat or even meet the advantages bestowed by electric.

So what should you expect from today’s electric forklift? Let’s start with power/performance (the supposed stronghold of IC engine equipment). Electric trucks offer greater torque than diesel, can accelerate quicker and offer the same lift/lower speeds.

Crucially, though, that power can be deployed far more precisely and effectively for greater productivity. For example, handling glass in confined spaces would require different travel speed/acceleration and lift performance than a truck shifting blocks in a brickworks. Mitsubishi Forklift Trucks has pioneered game-changing intuitive handling software that automatically adapts performance characteristics to the driving style and ability of each individual driver.

But what about sheer grunt? Sadly for diesel advocates, even heavy-duty applications are no longer the sole domain of IC engine trucks. From the RDD line-up we routinely supply electric counterbalance in capacities of 20 tonnes or even more to deliver the emission-free running and manoeuvrability required in a host of industries, including manufacturing, ports and even in the holds of ships.

One of the stumbling blocks in the uptake of electric has been shift length and re-charging. Advances in technology have solved both those issues. One option is lithium-ion. Unlike traditional lead acid batteries lithium ion can be put on charge at regular intervals throughout the day — during coffee breaks and lunch hours, etc. — efficiently topping it up with no ill-effects to the battery. Every bit as convenient as taking a diesel truck to the pump, this charging flexibility supports multi-shift working without the need for a second set of batteries and with no battery changes between shifts.

The second option — and one that’s about to take the market by storm — is a new breed of high energy batteries that employ state-of-the-art carbon nanotube technology. The result is a battery that offers significant advantages over traditional lead acid batteries including: higher energy density, long running time for multi-shift operations, fast charge profile, and increased lifecycle.

Those properties make it ideal for the most demanding operations such as VNA, cold stores, ground support equipment, and heavy duty manufacturing. It’s also available at much lower cost than lithium-ion.

As the end of the red diesel subsidy nears, you may be starting to think about the make-up of your forklift fleet. With so many benefits and capabilities, electric models certainly look to be the future-proof option.