The rush to automate warehouse picking

Huge growth in eCommerce and an exponential increase in item picks has tempted many retailers to invest in automation in a bid to keep up. 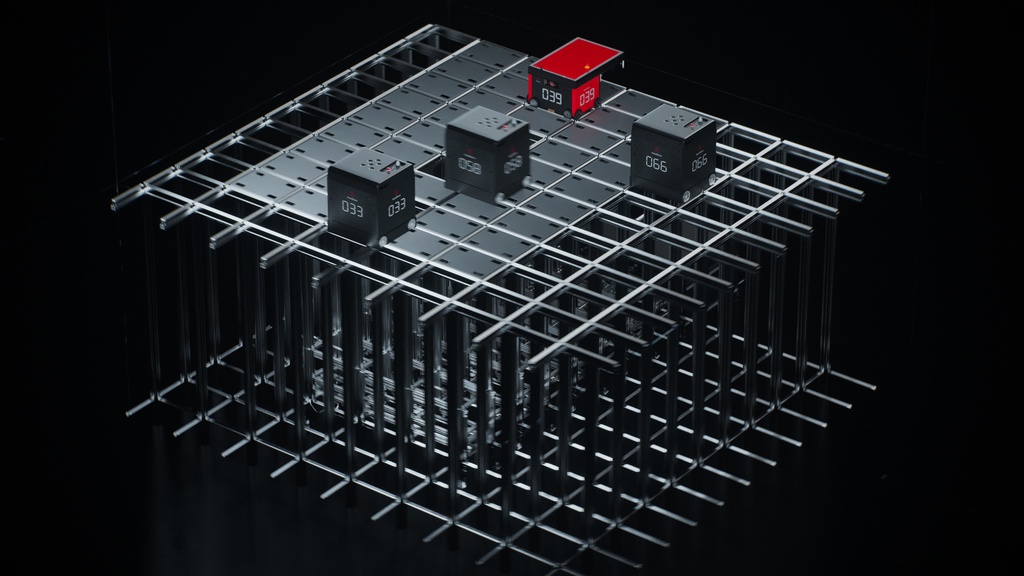 It must be one of the longest booms of all time, but it is remarkable that eCommerce is still growing at pace and much of the logistics landscape in the UK is re-configuring itself to fit this trend.

For example, retailers continue to drive demand in the warehouse property market and last year over a quarter of all Grade A warehousing take-up was in dedicated e-Comm facilities, according to real estate services firm JLL.

Recently courier Hermes announced a plan to open the largest automated parcel hub of its kind in Europe. The 363,000 sq ft Barnsley facility, dubbed Colossus, is due for completion in 2022, and will initially process 1.3 million parcels daily. Hermes expects this still won’t be enough and will add further tiers to the hub to meet growth in the coming years.

The order numbers are clearly staggering and most retailers just can’t scale pick operations while replying on people alone. It is no accident that the Barnsley hub will be highly automated.

An over-reliance on labour?

The shift to more complex operations, while striving to keep costs down, gives the warehouse a seemingly impossible conundrum.

Roger Platt, senior infrastructure manager at consultancy BearingPoint UK explained: “Warehouse operations must strive to increase efficiency against a background of increasing wage costs and the recruitment challenge. The focus in operations is increasingly on reducing non-productive time and eliminating non-value added tasks. These are not so much new initiatives rather a renewed focus.”

One example of retailers looking to remove waste is the deployment of goods-to-person systems. A manual picker walking a shelf system is said to spend 60-70% of their time walking between picks.

Roger said: “Bringing the goods to the operator removes the pick walk and improves pick rate by a factor of ~2.5.”

It is not surprising therefore, that such systems are increasingly popular in the market.

Consultancy Style Intelligence has produced a report on Goods to Person robotic picking for retailers and it says the warehouse automation market (incl. G2P) in the US alone could grow by $20bn by 2022, if the widely quoted shortfall of one million pickers comes to pass by then.

Labour costs and labour shortages are key drivers and higher warehouse utilisation rates make labour costs a more significant issue. The purchase cost for an autonomous mobile robot (AMR) is generally accepted to be around the same as the cost for 1X FTE picker (in a high cost country). In a single shift warehouse this would mean a like-for-like replacement. However, in a 24 hours shift environment the savings become more apparent.

The Style Intelligence report went on to quote consulting and engineering firm Fortna: “Five years ago, we were evaluating G2P on some of our projects. The difference now is that clients come to us asking for G2P systems on almost every project. We explain the various G2P systems, highlight differences and showcase the best fit for individual customers.”

Let’s have a quick look at a few types of automated picking. First up, are cube storage ASRS. This is best exemplified by Autostore, and is also deployed by Ocado. These support very fast item picking. Blackline, the latest version of Autostore supports up to 600 picks per hour. They are high-density, with obvious appeal in the UK where land with planning permission is keenly fought over. These systems also tend to be expensive options for high demand operations.

You can also support high throughput picking with shuttle and conveyor based systems, with John Lewis a notable example.

A more recent entrant is the picking robot (AMRs). These are an upgrade on AGVs and are designed to pick totes, cartons etc and bring them to pick benches. Amazon blazed a trail here with its acquisition of Kiva Systems in 2012 and it has since used the robots extensively in its warehouses.

This sector has seen a lot of new entrants recently, and they are relatively low-cost, and fast to install, although there may be more efficient systems for high-density operations. The flexibility of these systems can also be enhanced by RaaS (robotics-as-a-service) although this approach is in its early stages in the UK.

Using robotic arms for item picking is also developing fast. While single item picking robots have been available for some time the problem of placing the picked items into the receiving container often meant the robot dropped the item.

“Advances in sensors and vision systems permit the pick and place robot to ‘see’ where the items are and to position them precisely, taking account of items that may have fallen over or otherwise may have moved in the receiving box. Such technology reduces the need for a shared workplace and the robot speeds can be increased accordingly. Resultant pick rates are now advancing towards (and may soon surpass) the rates achieved by skilled operators.”

As well as what automation can do for you, you need to consider constraints it may bring. Land is expensive and building upwards can be cheaper. However, such construction may require extensive additional work and may not be a suitable solution for robotics.

As Savills said in the recent Style Intelligence Report: “Installing mezzanine floors is one way to add space for robotics in existing warehouses. However, we are aware of instances where occupiers have had to dig up the floor to support additional foundations, a costly and time consuming process.”

Swisslog added: “Building up puts some restrictions on the AMR segment as they do not lend themselves to an easy upwards expansion.”

Other potential problems may include peak electricity/power demand. While not insurmountable, such issues may add to the cost of implementing robotics and/or automation systems.

There are a number of options to help with automated picking, but choose carefully as the technology has to fit closely to where your operations are and where you need your processes and output to be in the future. For example, Boozt, Scandinavia pure play retailer, with a turnover of around £125m, told Style Intelligence: “We employed a consultant to show us the various different automation options. We brought our KPIs, variables and requirements. AutoStore was the solution that came out on top.” But for other retailers with different throughputs, different order profiles, different existing warehouses, different labour costs and labour pools, etc, other solutions may be more suitable.

Swisslog says (via Style Intelligence): “RoI and suitability is simple on a technical level. Shuttle systems are high performance and AMRs are flexible with a lower infrastructure investment. However, when you get into customer’s business models and how they want to operate it quickly becomes a more complex evaluation.”