Toyota Material Handling UK exhibited at the International Materials Handling Exhibition (IMHX), at the NEC, Birmingham between 24 and 27 September. 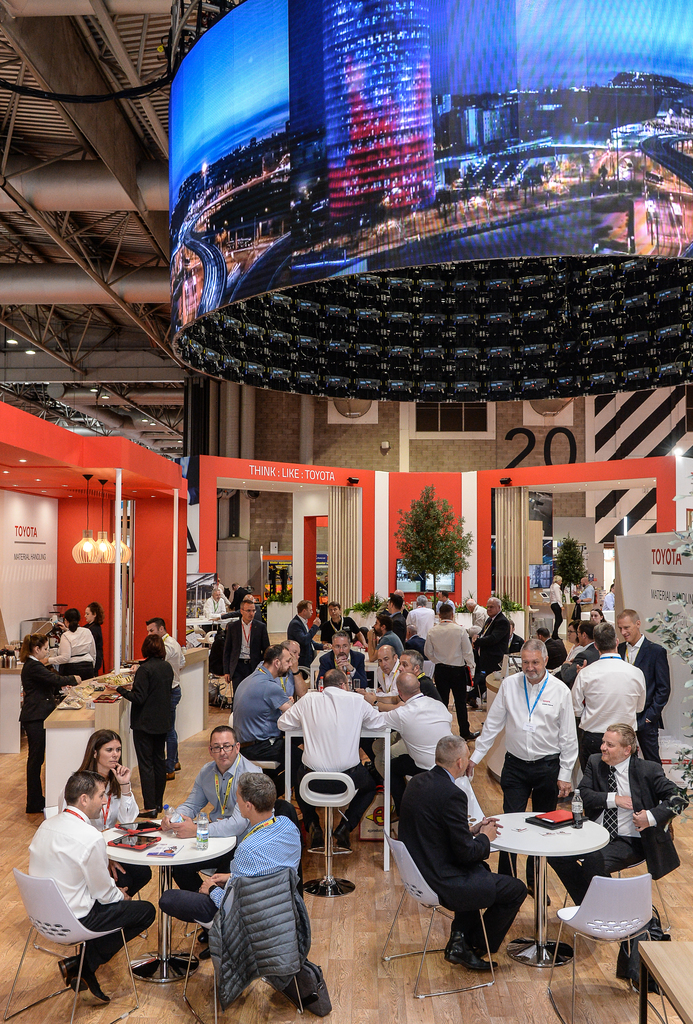 Toyota’s stand told a story around Automation, Lean, Connectivity and Energy, as well as demonstrating new future technologies and showcasing the World Preview of the LWI160 Lithium-Ion Powered Pallet truck.

The Toyota stand had four key zones; Automation, Lean, Connectivity and Energy. Visitors were given the opportunity to embark on a journey around the stand, with each zone linked together to create a story, providing interactive and engaging conversations for everyone.

On stand, the two seminar areas were a hit, with many visitors learning about the four zones in more depth. So much so, that guests would spend a full day on stand immersed in the Toyota approach.

Jon Buckley, Commercial Director at Toyota Material Handling said, “Toyota had a fantastic IMHX and visitors gave our team some wonderful feedback. It became evident during the event, that as we suspected, most visitors did not come to see rows of shiny new forklifts. In the main, they came to learn, hear about innovations and choose their partners for the next 10 years and beyond.” 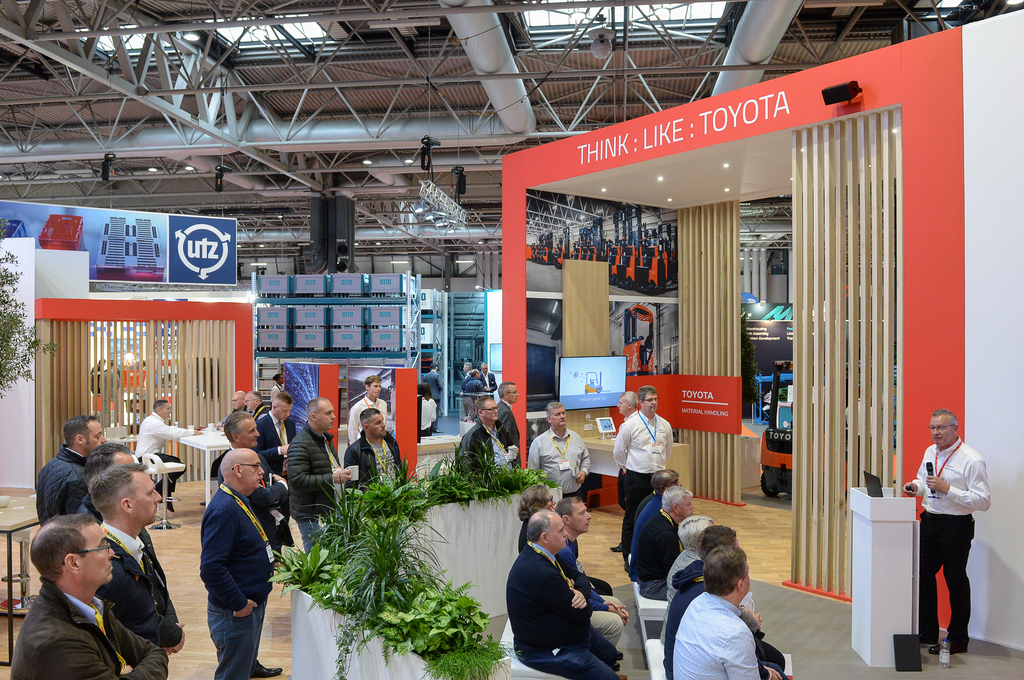 The theme, THINK : LIKE : TOYOTA, was strong and apparent. Demonstrating that if you change how you approach material handling solutions, that you can benefit from Toyota's knowledge and experience too.

Jon Buckley, continued, “In that regard, I think we nailed it with our THINK: LIKE: TOYOTA message which focussed on the key challenges customers are dealing with and the ways Toyota can help them succeed today and tomorrow.”

The Automation zone posed the question, should you automate and is it right for your operation? The live demonstration of Toyota’s Autopilot automated reach truck and stacker working in unison with BT Radioshuttle that displayed some of the capabilities available to optimise efficiency and flexibility in the warehouse. Other exhibits in the zone included the Autopilot Pallet Drone which utilises visual recognition technology and is part of Toyota’s Team AI future warehouse concept.

Next up, the Energy Zone, asking is Lithium-Ion right for your operation? Toyota showcased its own Toyota Lithium-Ion cells and the technology behind them. The energy section also showed how Solar Panels are intended to be used in combination with 2nd and 3rd life Lithium-Ion cells from FLT’s to harvest green electricity at our factories from next year.

IMHX saw Toyota Material Handling unveil a world preview of the LWI160, the first Lithium-Ion BT Levio. The powered pallet truck has been innovatively redesigned around a modular Li-Ion battery with the battery fitting within the body of the vehicle and not within a standard battery tank. The LWI160 is very compact, incredibly light and energy-efficient meaning it is ideal for use in tight situations or on tail-lift vehicles. 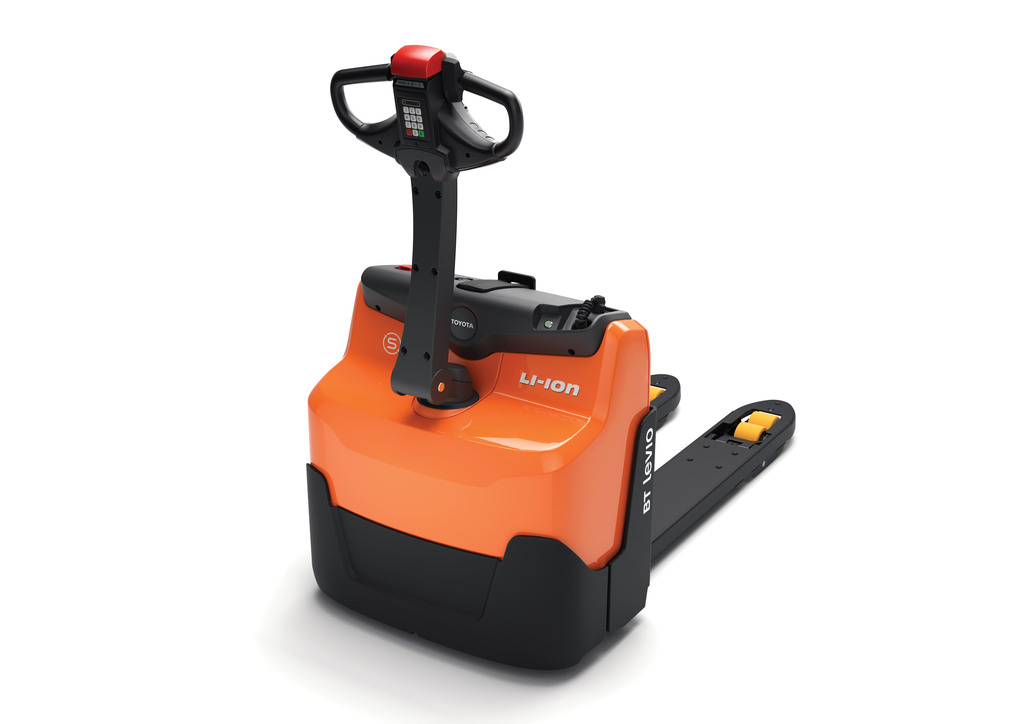 The Lean zone aimed to challenge visitors into exploring, how their materials handling could be Leaner? Pär Forsell, Toyota Material Handling Europe’s Lean Academy Leader explained what lean thinking can do for business and how companies can take simple steps to eliminate waste and continuously improve.

Toyota’s presence outside also had a lot to offer in the journey, with the new Traigo 9 series 6 – 8 tonne, on display. The new Traigo benefits from improved productivity and driving behaviour, increased lifting height and residual capacity, longer operating time and easy battery access to name a few.

At the Design4Safety Awards, hosted by IMHX, Toyota was successful in winning the Technology category for System of Active Stability (SAS). 2019 marks the 20th anniversary of Toyota’s patented safety system. SAS helps to protect the driver, the load and the truck by constantly monitoring forklift operations and automatically taking action when it senses factors that could lead to the truck becoming unstable. James Clark, Secretary General of BITA (The British Industrial Truck Association), presented the award to Nick Duckworth, Managing Director of Toyota Material Handling UK. 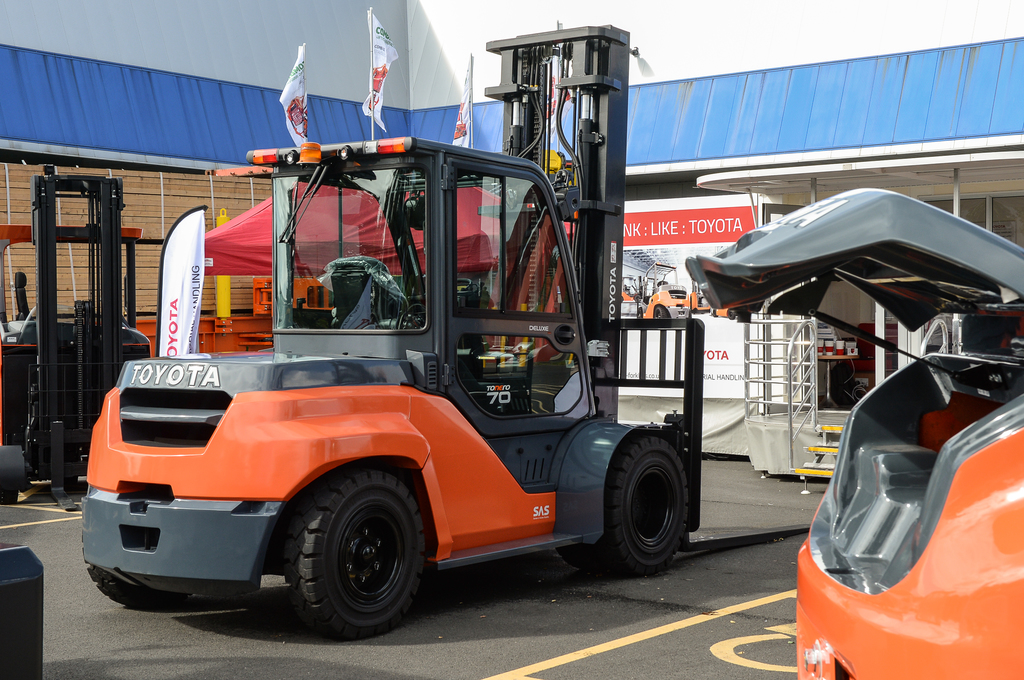