A van driver who saved a motorist trapped in a burning car after a high-speed crash in Huddersfield has been recognised with a national award at FTA’s 2019 Van Excellence Honours Lunch. 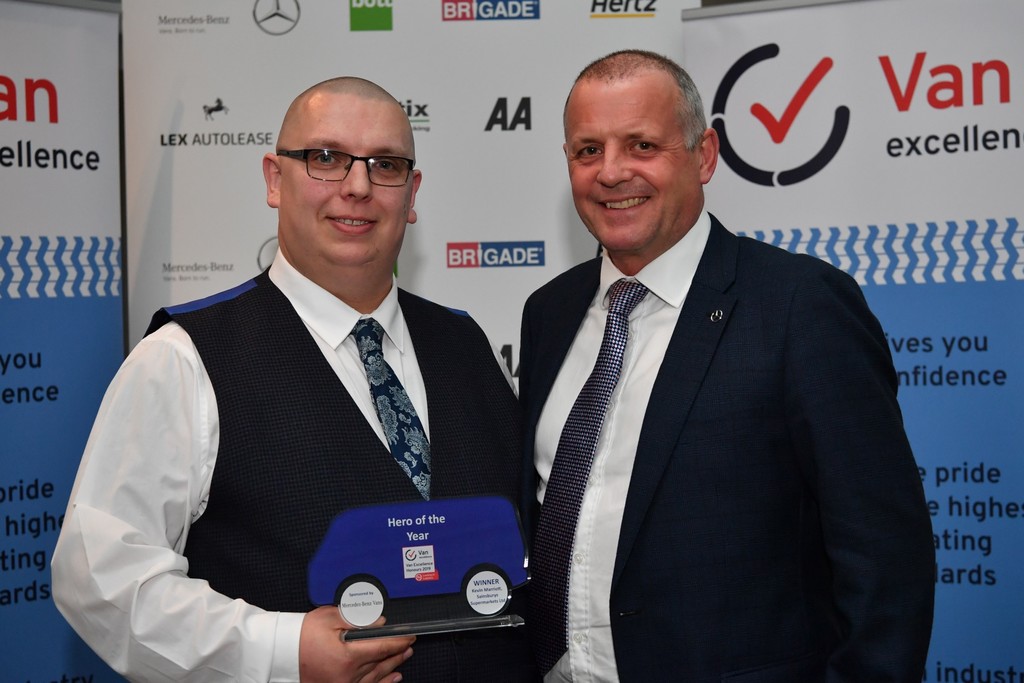 Kevin Marriott, a Sainsbury’s delivery driver, was presented with the Hero of the Year award at a glittering ceremony at Hyatt Regency Hotel in Birmingham, sponsored by Mercedes-Benz Vans.

In autumn 2019, a motorist crashed his car at high speed into a lamp post in Fenay Bridge, West Yorkshire; his engine subsequently burst into flames, leaving the driver trapped inside the burning vehicle. Upon coming across the scene, Mr Marriott used his fire extinguisher from his cab to hold back the flames; when it ran out, he raced to a nearby pub, grabbed more extinguishers, and continued to fight the flames until firefighters arrived. On arrival, firefighters cut the motorist out of the vehicle and Mr Marriott was praised for his brave actions.