Detectives from the Met’s Flying Squad have released footage, which shows an attack on an innocent warehouse worker, and a white Ford Transit van used by the suspects during a commercial robbery in east London. 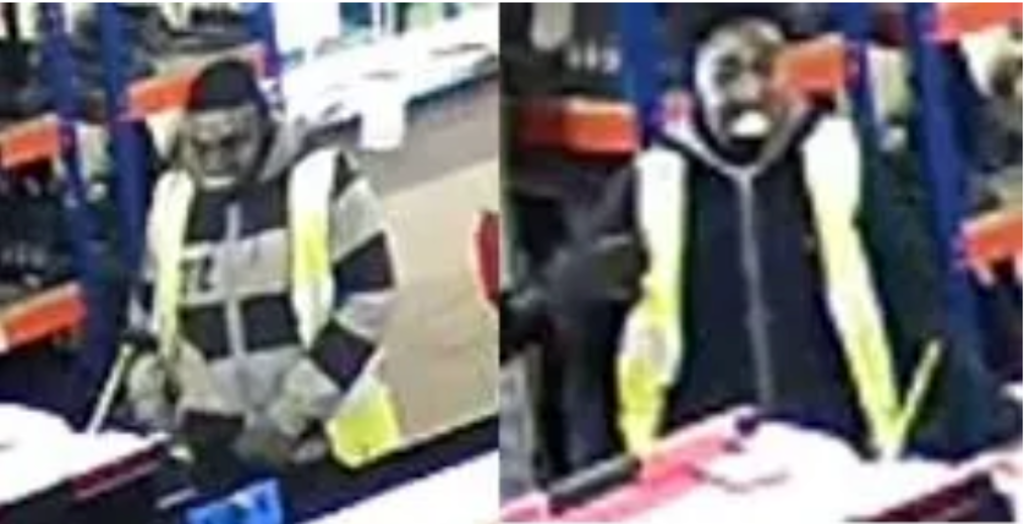 On Sunday, 6 January, a group of three men broke into a warehouse on Messina Way in Dagenham.

Upon entry to one of the warehouse bays, one of the men threatened a member of staff with a hammer. They immediately tied his hands and ankles up with black cable ties, and took him through to a secure holding room.

The two men sat him on a chair, with one of them showing the warehouse worker what appeared to be the handle of a firearm, which was tucked into his waistband.

Boxes of valuable mobile phones, chargers and electrical items were then stolen, before the pair then left the secure area and joined a third man who had been loading the stolen equipment into the van. All three suspects then left in the same white van, having only been at the location for around 10 minutes.

Fortunately, the employee sustained no injuries but was left tied up by the suspects; he was able to call for help and was eventually cut free moments later by another member of staff, who then called police.

The victim has described one of the suspects as wearing a dark grey tracksuit with a hooded top and scarf covering his face. He also had the smell of stale alcohol on his breath.

The second man was described as wearing a grey Nike tracksuit with a transparent mask attached to his face; this was the man who showed the warehouse worker the handle of a firearm in his waistband.

Detective Constable Conor Lynch, who is leading the investigation, said: “The white Ford Transit van seen in the CCTV we have released today has not yet been located as it had false number plates, and tracking it down is essential to our investigation.

“The victim found himself in a very frightening situation and we will continue to provide support throughout the process.

“We really need members of the public to look at this footage carefully and come forward if they believe they have any information at all. It could be the piece of evidence we are looking for that helps lead to the conviction of those involved.

“Those who want to remain anonymous can contact Crimestoppers.”

A fifth man - aged 25 [F] - was arrested on Wednesday, 25 July on suspicion of a conspiracy to commit robbery. He has been released under investigation.

Anyone with information is asked to contact the Flying Squad via 101 quoting reference Cad 5903/06Jan.