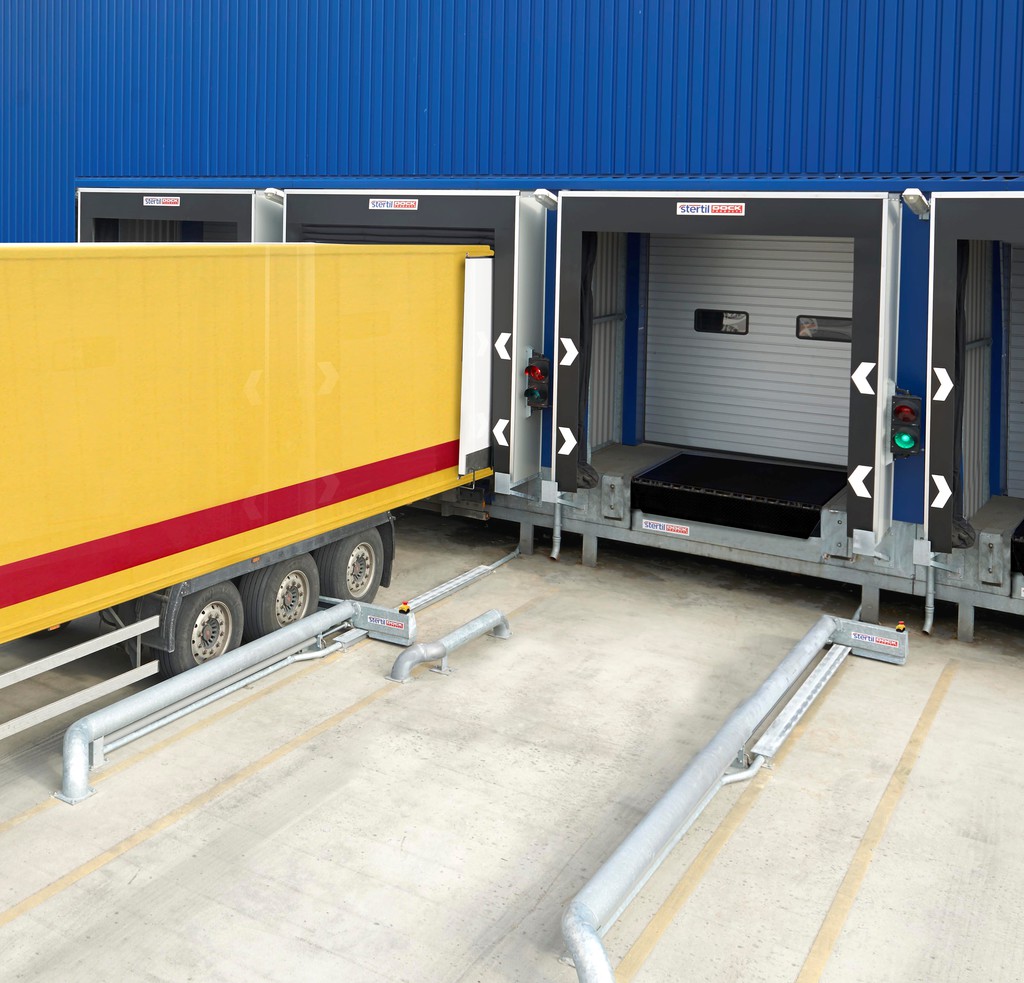 Company size offers no protection against this problem. One of the UK’s leading supermarkets was recently fined £1.6 million following an accident in which the victim was trapped between a loading dock and a reversing lorry.

As in any environment, many loading bay injuries are caused by simple trips and falls. However, the vast majority of serious accidents are due to the inadvertent movement of vehicles during loading and unloading operations. In other words, if vehicle movement -  including ‘creep’ and careless ‘driveaways’ - can be effectively prevented, then such accidents are avoided and serious injuries eliminated.

The Combilok vehicle restraint system from Stertil Dock Products was developed exclusively to reduce the risk of unintentional vehicle movement on loading bays and offers a ‘safety net’ against poor communication by holding vehicles in one place until loading or unloading is completed. Not only does this improve safety, it also eliminates damage to expensive goods and equipment and helps guard against theft. 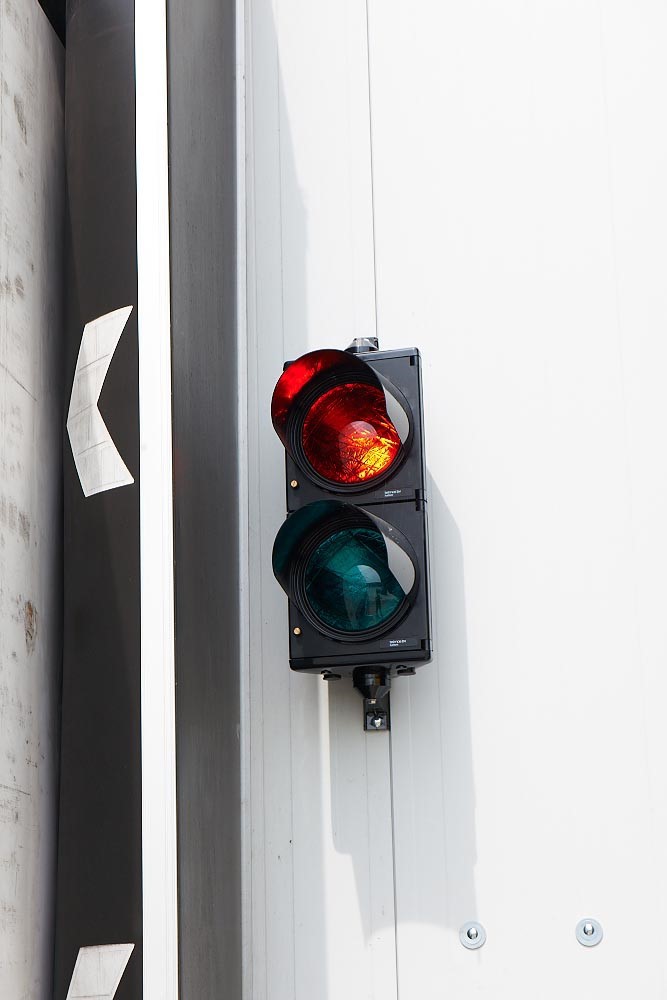 Of course, the most effective means of preventing accidents in the loading bay is to design a system that eliminates the need for personnel to be anywhere near a reversing vehicle. To that end, the Stertil Combilok is activated and controlled from within the safety of the warehouse or distribution centre. Also, during operation, the Combilok is fully interlocked: the loading bay door cannot be opened until the Combilok is in position and the Combilok cannot be released until the door is closed again and it is safe to drive away. Red and green lights on the control panel also ensure that operators can clearly see if the vehicle restraint is still in use. Totally automatic in operation, the Combilok also overcomes any language difficulties that may arise with drivers delivering from all over the world.

Premature ‘driveaways’ from the dock during loading and unloading is not uncommon nor is the occurrence of a docked lorry creeping forwards. The unique Combilok limits all of these risks. A highly durable tubular structure, installed above ground, simply guides the wheels of an incoming lorry into a central position in front of the dock. The rearmost wheel is then automatically restrained at the touch of a button. 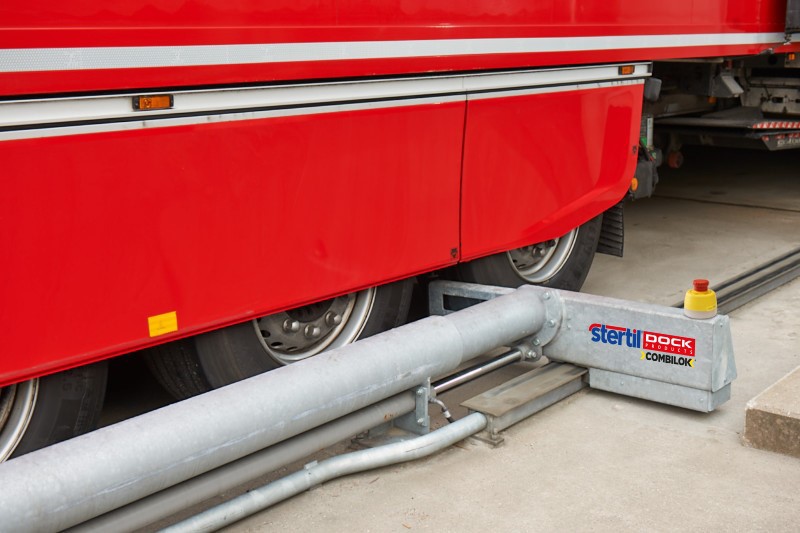 Featuring a wheel block that is impressively strong and available in different heights, the Combilok is suitable for lorries of almost every type and size. There are also few restrictions when it comes to the installation process, as the entire system is installed above ground. Importantly, there are no obstacles to a lorry’s safe docking and there is no contact with moving vehicles.

The Combilok incorporates technically-advanced electro hydraulic technology and few moving parts. The wheel block is operated via a microprocessor and is controlled using a button on the control panel located inside the building. An integral sensor in the wheel block accurately determines the position of the rearmost wheel, whereupon the wheel block is automatically extended and the vehicle is restrained. The restraint process is completed in approximately 30 seconds regardless of the size and position of the wheel. 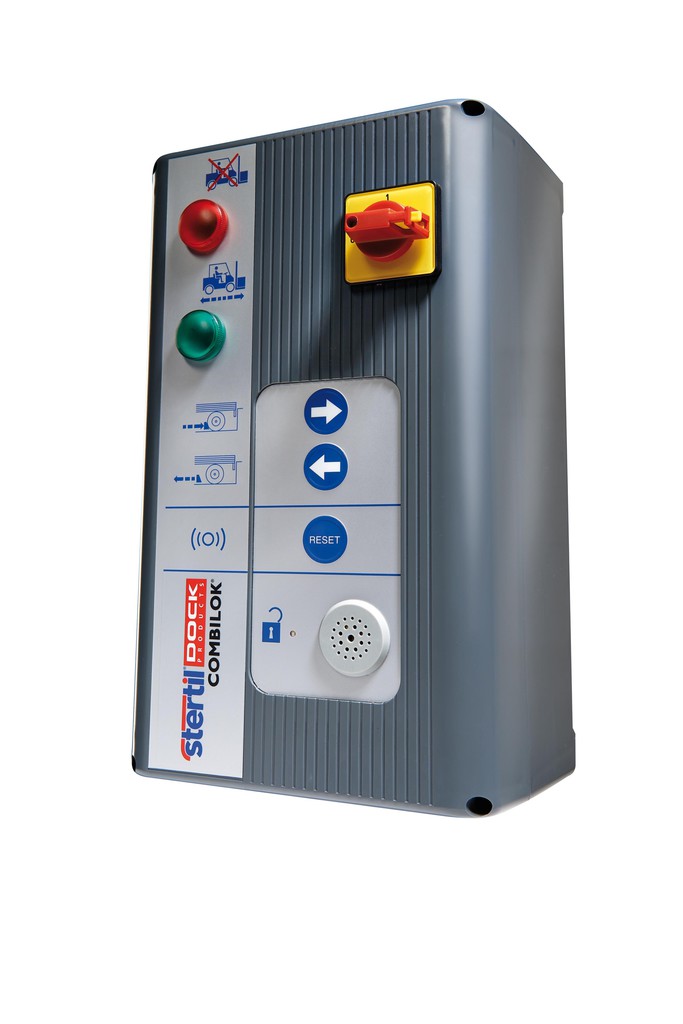 For optimum safety, intelligent operating software ensures that, before the Combilok begins to move, acoustic and optical signals are activated for three seconds and continue whilst positioning. Also, the restraining block is fitted with an emergency stop button which can be used to immediately cease all movement. Furthermore, a high visibility LED traffic light system provides clear visual communication to ensure that the driver knows immediately when his vehicles is properly positioned and when it is safe for him to drive away following loading/unloading.

“We’ve designed the Combilok to offer the highest standards of safety, performance and reliability,” says Andy Georgiou, general manager of Stertil Dock Products. “This has been recognised by a growing number of leading high street names and logistics companies. In fact, the UK’s most prominent online retail specialist purchased its first Combilok vehicle restraint system in 2013. Unsurprisingly, it was an instant success and the company now has almost 1000 Combiloks working around the clock to provide safety and peace of mind to drivers and warehouse staff alike.”