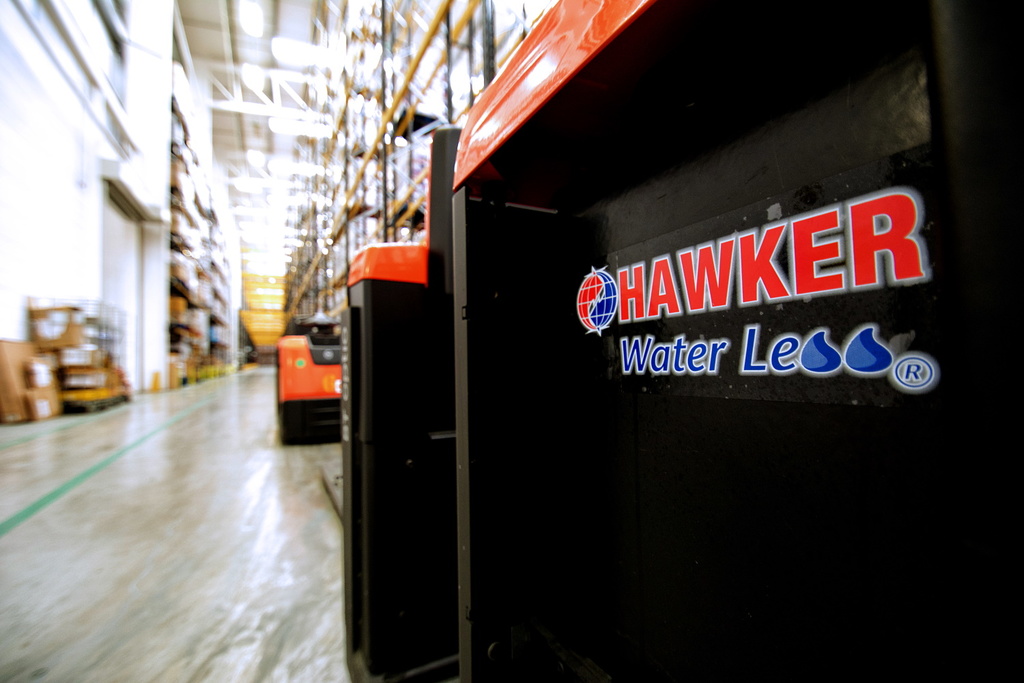 Material-handling industrial trucks in the British Standard (BS) Class 3 can now benefit from longer water topping-up intervals and up to 75% lower maintenance costs.

A proven technology for larger industrial trucks, the Water Less battery range has now been updated to achieve greater power density, meeting the requirements of smaller vehicles in BS Class 3. This includes hand-controlled forklifts such as electric pallet jacks, stackers and tow tractors, which constitute the largest category of industrial trucks globally.

The capacity of Water Less batteries has been increased, with 60 Ah and 70 Ah plates upgraded to 65 Ah and 75 Ah respectively while maintaining the same cell height. Additionally, the cell height of the 100 Ah plates has been reduced from 669mm to 633mm.

The Water Less battery range is said to bring significant benefits to industrial trucks, such as reduced downtime and costs due to less frequent water topping up.

Water Less batteries achieve high levels of efficiency thanks to its PzM cell design technology and advanced components. This battery design ultimately reduces the need to top up, leading to longer intervals of up to 4, 8 or even 13 (depending on the charger deployed and operating conditions) compared to PzS standard flooded batteries.

Featuring a Low Electrolyte Level Sensor as a standard feature, the Water Less battery range also enables users to see at a glance when batteries need topping up, preventing damage, premature failure, and associated downtime. In addition, the Aquamatic water refill system means that all cells can be topped up from one central point through an integrated system, reducing topping-up times.