THE ONLINE retailer is expanding its fleet of Magazino robots by 20, joining 8 shoe-box picking bots already in place. 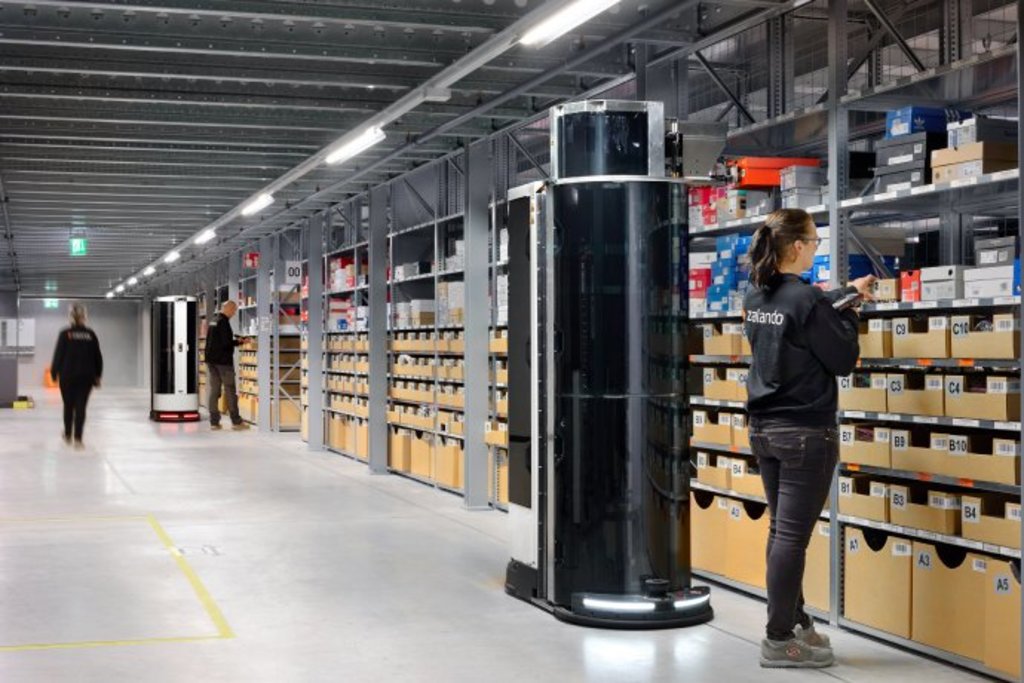 The first ten additional robots were delivered by Magazino in September. These will support Zalando employees and the existing robot fleet in the upcoming Cyber Week at the end of November. The remaining robots will be delivered to the DC in Lahr by the end of the year and put into operation next year. The working area of the robots in the Zalando logistics centre will also increase from 4,000 to 16,000 square meters.

Zalando director logistics development Carl-Friedrich zu Knyphausen, says: “We see the mobile picking robots from Magazino as an important support for our logistics processes. Often, automation technologies are difficult to implement in confined areas such as a picking warehouse. But the TORU robots have proven that they can relieve our colleagues of non-ergonomic tasks. They actively and reliably cooperate - and not only in daily business, but also at peak times like Cyber Week."

Frederik Brantner, CEO and founder of Magazino, adds: “Zalando's decision to roll out our technology on a large scale is proof that mobile robots like TORU have long since left the testing and prototype phase behind and are now an integral part of modern, high-performance intralogistics.”

Zalando launched an initial project with two TORU robots from Magazino at its logistics site in Erfurt back in 2018. This was later followed by the relocation of the robots to the Lahr site and the expansion of the fleet to a total of eight robots in 2019. When all additional robots are in live operation around April 2022, Zalando will be operating the largest fleet of TORU robots.