ArrowXL looking forward to Worcester homecoming in the autumn

The CEO of ArrowXL, the UK’s leading two-person home delivery expert, has revealed that “fantastic progress” is being made as work continues on the rebuild of its flagship hub in Worcester. 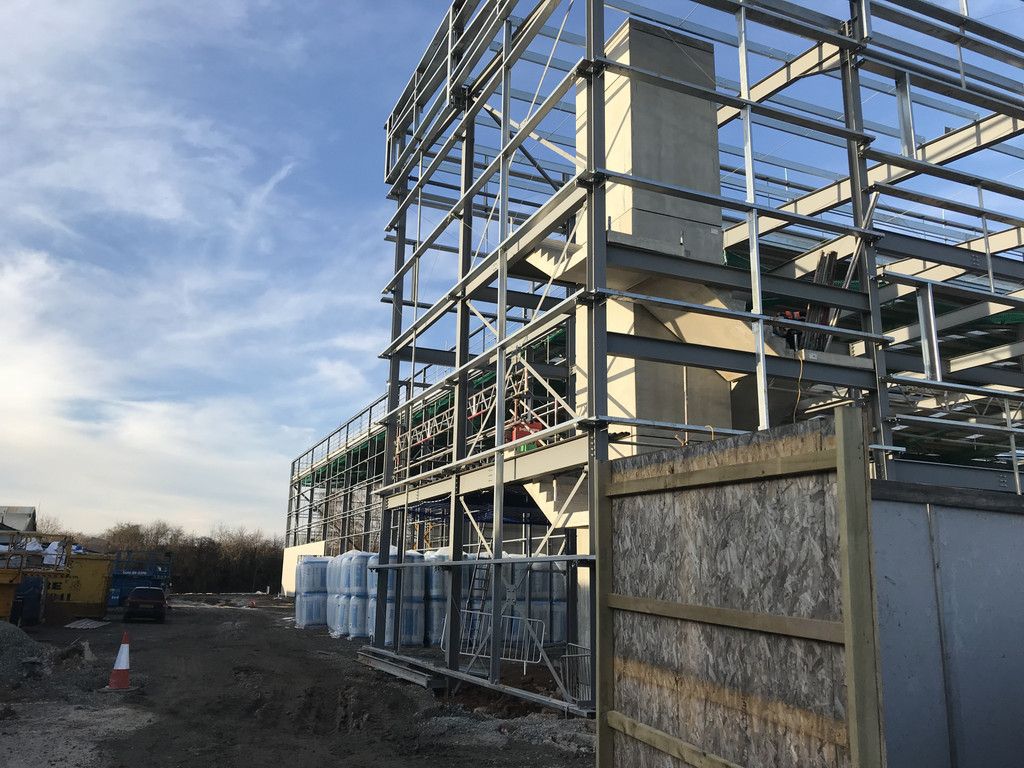 Charlie Shiels said the construction of “the best two-person facility in the UK” will be completed on-time and to-budget ahead of the grand homecoming in September.

In April 2017, ArrowXL’s hub in Worcester was completely destroyed following a fire. Despite having the opportunity to move away from the area, the senior team took the decision to support its local workforce and rebuild the facility, situated on the Blackpole Trading Estate. The delivery firm quickly opened a temporary hub in Chepstow, providing free daily transport for staff to and from Worcester on the company's time, before later opening an interim delivery hub in Droitwich Spa. This will remain active until the Worcester hub is fully operational.

After a significant period of time was spent clearing the grounds and preparing foundations, the shell of the facility is now complete and internal works are well underway. The 258,000 square foot facility - which is 200m long, 100m wide and 50m tall – will be home to 250 people on a daily basis, including 150 of the company’s delivery heroes.

Charlie Shiels said: “I visited the site this week and I am astounded by the fantastic progress being made on a daily basis. Our new home in Worcester will be the best two-person facility in the UK, supported by state-of-the-art technology and innovative workspaces. It will also be home to our second ArrowXL Development Academy, building on the success of our first dedicated training centre in Wigan, where our colleagues will be able to develop and hone their key skills.

“In total, we fulfil 55,000 deliveries across the UK each week and around 25% of those will be fulfilled from our new base in Worcester. It is a strategically important location for us, as we serve consumers across the Midlands. We have always been wholeheartedly committed to remaining in Worcester since the day after the fire. The company has been a major employer across the city for 30 years, and we have colleagues who have worked for us since day one. When you consider the loyalty of our local team and the key skills they possess, it really was a no brainer.”

Take a look at this time-lapse of the hub’s construction to date: https://reachtimelapse.co.uk/worcester/