Rex Brown has announced a strategic partnership with AI and automation supplier GreyOrange which will see order capacity progress to 10 million orders per year. 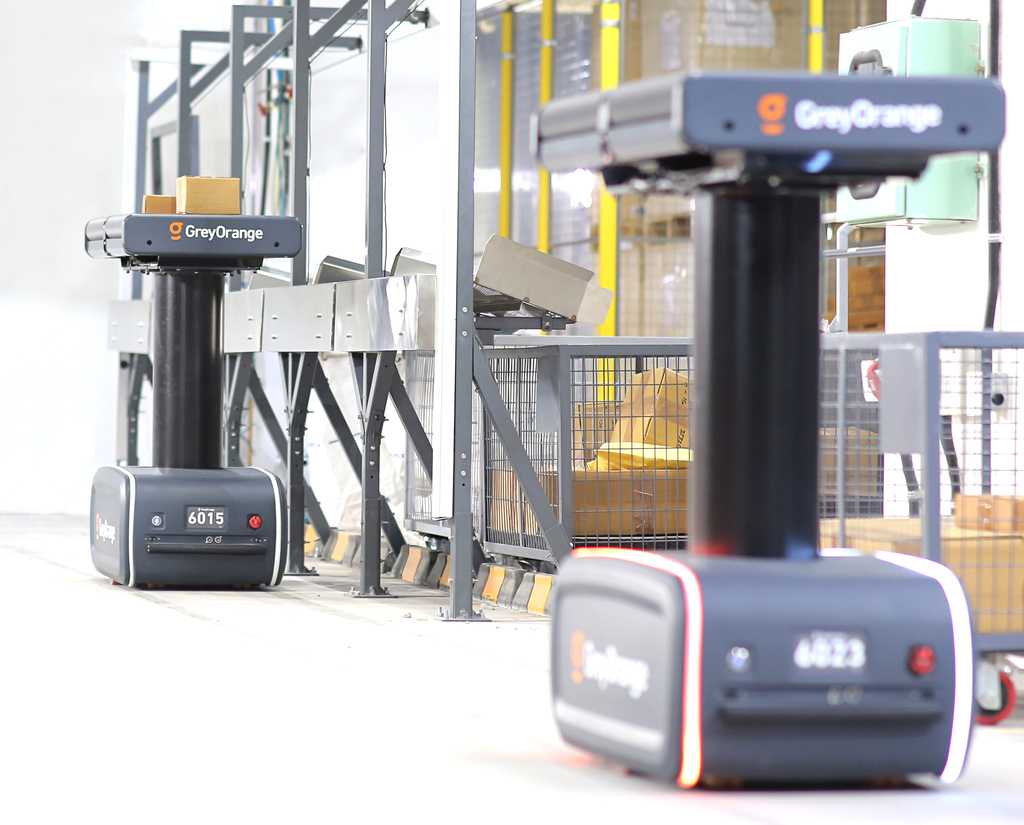 GreyOrange says the Ranger Mobile Sort, the new GreyOrange fleet of modular sortation robots, will bring the latest automation to Rex Brown’s warehouses in a simple and scalable way.

Rex Brown, a fast-growing e-commerce expert in sourcing, branding and distribution, chose Ranger Mobile Sort for its ability to adapt to changes in real time, both within the distribution centre and externally as order patterns and fulfillment expectations fluctuate. Additionally, Ranger Mobile Sort will help Rex Brown meet its own ambitious sustainability targets.

Rex Brown currently processes 2.5 million orders per year for customers ranging from major household name brand Unilever to small and medium-sized enterprise (SME) challenger brands, including Emma Bunton’s Kit & Kin baby care company. With the implementation of Ranger Mobile Sort and GreyMatter, Rex Brown will have the capacity to process over 10 million orders each year for its customers.

Ash Kandhari, managing director, Rex Brown, said: "We chose Ranger Mobile Sort because we are seeing an increase in growth volumes from customers and we have our own ambitious goals for our company, so we need a partner that can support us to grow the business without any constraints. Ranger Mobile Sort easily integrates with our operations. A partner like GreyOrange that aligns with our future-orientated mission is key.”

Kandhari adds: “Ranger Mobile Sort seamlessly connects with our existing packaging machines through auto induction. The inherent flexibility in the system enables us to start as per the current needs and allows for scale-up as the business grows, thereby reducing the risk of large capital expenditure in the initial stages.”

Ranger Mobile Sort
GreyOrange launched Ranger Mobile Sort in February 2019 at LogiMAT in Stuttgart, Germany. These mobile sortation robots can operate in fleets to efficiently and fluidly move parcels from receiving through dispatch to avoid sortation bottlenecks that can occur with rigid systems, especially during periods of peak volume. GreyMatter intelligence software is incorporated as a learning layer in the Ranger robots, enabling the robots to communicate with each other and the GreyMatter central system to continuously recalculate order fulfillment priorities and inventory movement patterns. The AI-enabled mobile sortation system is easily scaled, making it an investment-friendly option for a range of applications across retail and logistics industries.

Nigel Lahiri, sales director EMEA, GreyOrange, said: “Today, complexity within the warehouse is the norm due to constantly shifting business requirements which include volume changes during peak periods and a constant pressure to cut operational costs. By choosing our solution under consultancy of our partner BigBox Group, Rex Brown will implement Ranger Mobile Sort to manage the complexity of the inventory they distribute as well as scale their sorting capacity to 20,000 parcels per shift with plans to double this volume over the next few years. With Ranger Mobile Sort, this is entirely possible."