Colossus is coming - the ‘largest automated parcel hub in Europe’

Hermes is to build the advanced automated parcel distribution hub in Barnsley. 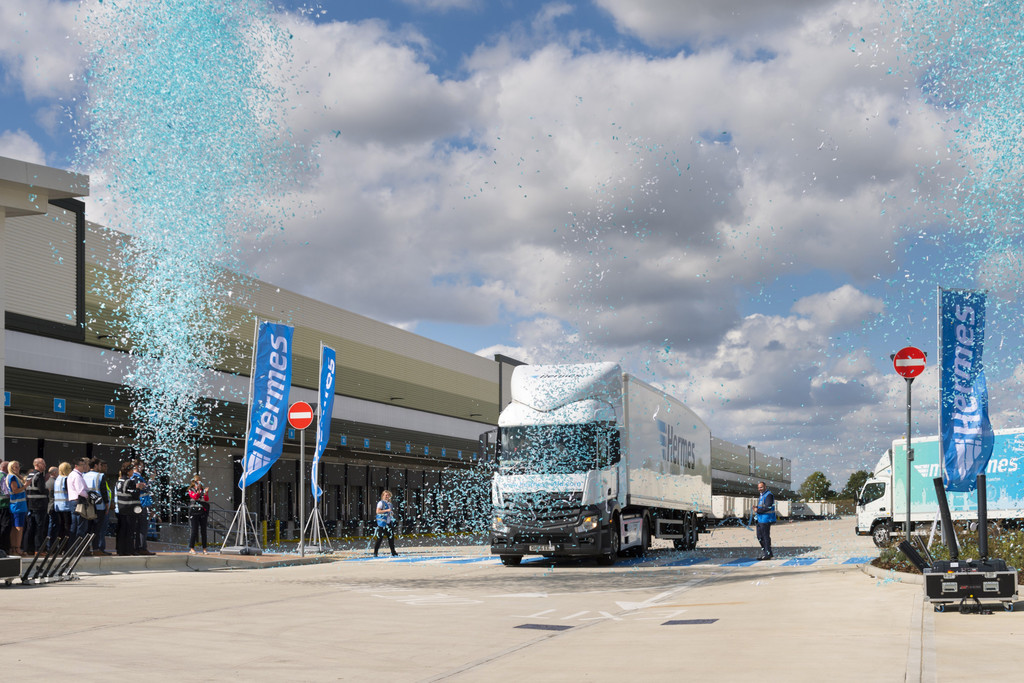 Due for completion in 2022, the £60 million development will be the largest of its kind in Europe and will create around 1,300 new jobs in the area. Up to 800 people will work on site during shifts.

The 363,000 sq ft facility, named Colossus, will initially process 1.3 million parcels daily; boosting the company’s overall capacity to 3.8 million a day. To future-proof and prepare for expected growth, further tiers will be added to the hub in coming years.

CNG vehicles will be based at the hub and there will be provision for electric cars. Colossus is strategically located near the motorway, close to several of Hermes’ retail customers’ distribution sites. This means that later cut off times for collections will be provided.

Meanwhile, further investment across Hermes’ network is also being planned to further support growth. This includes investment at the firm’s Nottingham and EuroCentral depots this year, adding automation and capacity to process an additional 280,000 parcels to the network annually.

Martijn de Lange, CEO at Hermes, said: “The online shopping boom shows no sign of slowing down and we have just experienced our biggest Christmas period to date, handling in excess of 49.1 million parcels during December 2019 alone – significantly up from 39.5 million in December 2018.

“Our continued investment to strengthen our network and infrastructure across the UK is laying the foundations for future growth, creating more employment opportunities and confirming our position as an industry leader.”

Barnsley is already home to a huge ASOS distribution centre.